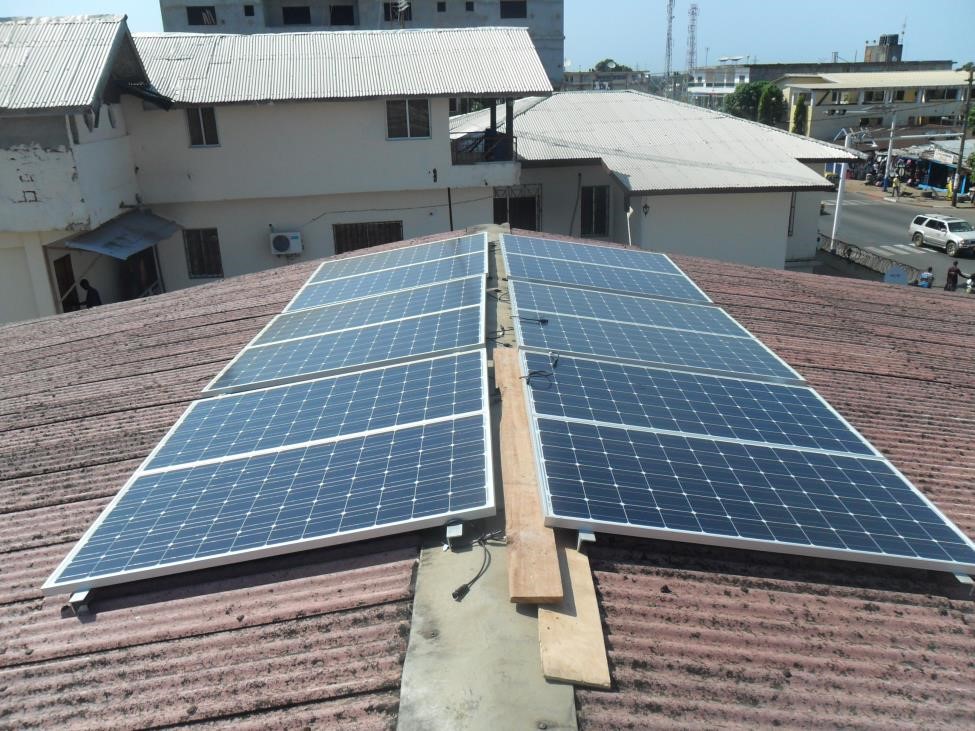 MONROVIA, Montserrado â€“ Liberia is celebrating 14 years of peace since its 14 years of civil war came to an end in 2003.

The country got its first post-war democratically elected government in 2005 and has enjoyed democratic rule up to present.

However, it is yet to fully recover from the impacts of destructions caused by fighting among warring factions that also claimed tens of thousands of lives.

During the period of the war, the country nearly lost all of its ability to provide electricity for its population.

According to the U.S. governmentâ€™s Power Africa initiative, the country currently has one of the lowest electricity access rates in the world, with less than two percent of homes being connected to the grid.

In the capital, only seven percent of the population has access to electricity. Most of Monroviaâ€™s grid is largely supplied by expensive diesel-fueled generation sources.

The government is closely working with development partners to undertake ambitious steps to rebuild the countryâ€™s electricity infrastructure.

By 2030, it is targeting to connect 70 percent of Monrovia to the electricity grid and provide access to 35 percent of the rest of the country, or the equivalent of more than one million new connections and a peak load over 300 MW.

Currently, the Liberia Electricity Corporation is generating 66 MW of electric energy from the Mount Coffee, with additional 22 MW to be added following the turning on of the last and fourth turbine soon. However, most large establishments such as hotels, restaurants, and offices are currently self-generating electricity at their premises.

Prior to the rehabilitation of the Mount Coffee Hydroelectric Plant, LEC had a capacity of 48 MW, 38 from a heavy fuel oil plant and 10 from a diesel plant.

The government, through the Rural Renewable Energy Agency, is working with development partners to facilitate and accelerate commercial development and supply of energy services for rural communities, through renewable energy sources.

RREA Acting Program Director, Stephen Potter told The Bush Chicken that solar is key among energy sources of the government of Liberia.

Potter said the RREA is currently working to establish a market for quality solar products in the country and disseminate at least 100,000 pieces of clean energy high-quality solar lighting products on the market.

He said since 2012, the RREA, under the World Bankâ€™s Group Lighting Global Initiative has imported at least 31,000 pieces of solar lanterns into the country and currently on the market for the retailing purpose.

Lighting Global is the World Bank Groupâ€™s platform to support sustainable growth of the international off-grid solar market as a means of rapidly increasing energy access to the 1.2 billion people without grid electricity.

Through this initiative, the International Finance Corporation and the World Bank are working with the Global Off-Grid Lighting Association, manufacturers, distributors, and other development partners to develop the modern off-grid energy market. â€œCurrently across Liberia, we are working with over 30 local retail partners to reach out to our rural communities with these products,â€ he said.

â€œWe are recruiting more retailers because the penetration is still low and by this time we were hoping that we had reached the 50,000 mark, but weâ€™re just around the 30,000 of which 25,000 of these products have entered our market.â€

He said the retailers are local businesses that were recruited through a vetting process with minimum benchmarks. So far, he said the major challenge has been the inability of the retailers to reach the real rural dwellers with the products. Meanwhile, he said his agency is now working to establish permanent posts across the country for the retailers.

He said the RREA is encouraging the local businesses by supplying them with the products at Free on Board.

He named the Liberia Energy Network, Universal Empowerment Missions Inc., Educare, We for Self as some of the retailer organizations.

â€œIt is not our responsibility or our plan to continue to import products, we are here to facilitate the process, but because our entrepreneurs lack the capacity now; financial and technical, we are working with them so that they would be able to take on this role in the near future,â€ he said.

He said the RREA is also providing small grants to local retailers in order to enhance their capacities to target rural dwellers.

Irene Konneh George, the executive director of Universal Empowerment Missions Incorporated and a leading retailer of solar products in the country, said her organization has been involved in the solar industry as a retailer since 2012.

George said, being an RREA retailer also helped to increase her business capacity and visibility, thus reaching out to more rural dwellers.

She said the cost of the solar products ranges from US$5 to US$150.

Paul Kollie, the CEO of West Coast Energy, a local importer of solar products in Liberia, said his company is also partnering with a U.S. based company, African Energy, to expand the solar market and make solar products accessible and affordable for the average Liberian. Kollie said his company would shortly launch a community solar solution program to install solar products in the homes of ordinary citizens who can pay for the cost over a period of time.

â€œKnowing that the initial cost of solar is a little bit expensive for now because of our location, we want to work with communities to install solar power systems in the homes of residents and they pay 30 percent of the cost upfront and pay the balance in a period of one year,â€ he said.

Kollie said a system that would handle two ohms of electrical resistance was a requirement for an average three-bedroom Liberian home. That would include powering lights, fans, a refrigerator, and a television set. It would cost a home at least US$6,600 and would come with a 30-year warranty.

This saves ordinary residents more money than what they would spend to fuel generators or buy electricity from the grid, Kollie said.

He said after paying for a solar power set, one would not pay electricity bills or buy fuel for generators for a very long time. Besides the lack of a recurring cost, he said the solar system would provide more convenience than the unpredictability associated with power outages using other sources.

â€œIf you do a comparative cost analysis of what you would spend in three years on solar, you will realize that would spend far less than what it would require you to use generator or LEC grid current,â€ he said.

He said quality solar lamps of different varieties are also currently available on the local market with a cost between US$5 and US$60. There are also smaller solar charging systems that can be used for lighting and other purposes, including phone charging. Those are all available at local retailing points for between US$150 and US$ 175, Tetteh said.

He encouraged ordinary citizens to see solar as a reasonable alternative for energy in their homes.