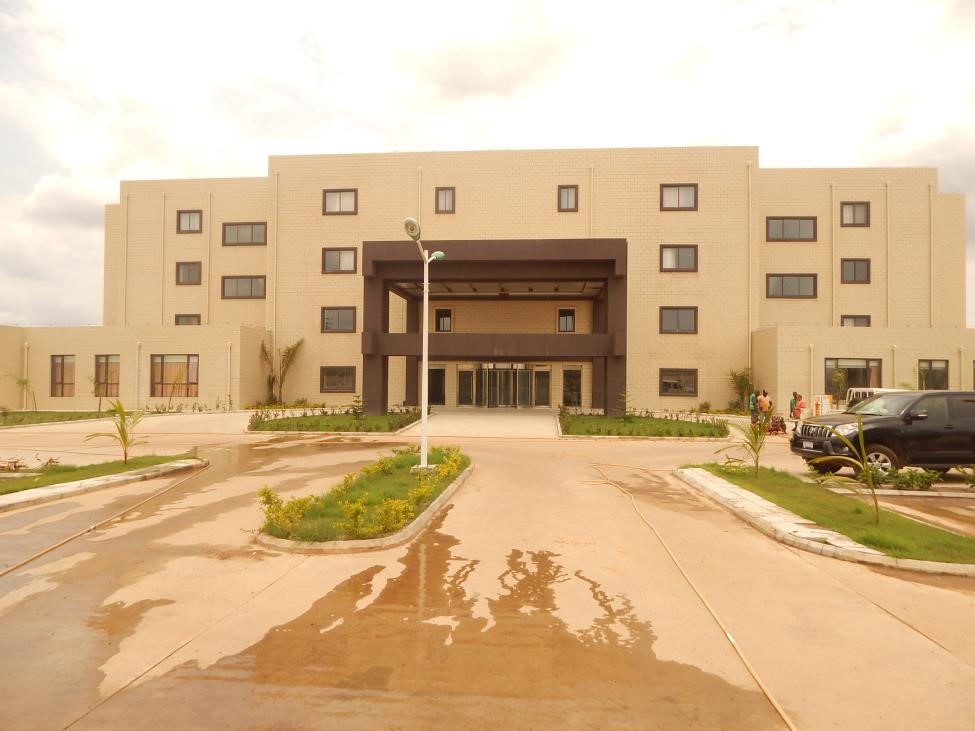 UNIFICATION CITY, Margibi â€“ After a request by the House of Representatives for Farmington Hotel to adequately address the plight of its employees, Margibiâ€™s second district representative, Ivar Jones, has vowed to ensure that the mandate is implemented.

Although Farmington Hotelâ€™s general manager, Richard Robaix, denied allegations that the hotel is engaged in bad labor practices against its Liberian workers, representatives requested that the hotel address the issues raised by workers. Those include ensuring proper compensation for work done on holidays, providing transportation for workers, and allowing workers to exercise their rights to freedom of expression and association.

During his appearance before lawmakers, Robaix said the hotel currently provides transportation for night shift workers in some of the nearby communities, although it does not do it for all.

The House of Representatives also instructed the management to immediately reinstate workers it reportedly dismissed for disclosing their plights to the districtâ€™s representative, Jones. The issue has now been turned over to the Committee on Labor for further investigation.

Farmington Hotelâ€™s chief of security was also requested to pay a fine of L$4,999.99 (US$31.17) for legislative contempt for obstructing the legislative function of Jones by asking him out of the hotel while he was listening to the workersâ€™ complaints.

The hotelâ€™s management was also fined L$4,999.99 (US$31.17) for legislative contempt for its initial refusal to appear before the lawmakers on March 8, the original date of their appearance.

The actions of the hotelâ€™s chief of security and the initial failure of the management to appear and respond to the allegations of bad labor practices, according to the Houseâ€™s Standing Rules, were obstructions of the functions of the Legislature.

â€œOur eyes will be open to ensure that those recommendations are fully executed,â€ he said. Jones clarified that, as a lawmaker, it is his responsibility to listen to the plights of all residents of his district and to take appropriate actions in line with his legislative functions.

The decision to invite the general manager of Farmington Hotel, the director for human resources, and the chief of security followed a complaint that the hotel was engaged in bad labor practices against its employees.

According to a previous Bush Chicken report, workers complained of intimidation and abuse by senior staff, especially the immigrant workers, while on duty. They also alleged that the hotel management failed to live up to the contract signed and when staff members brought up the issue, they were either suspended or had their contracts terminated.

Other accusations included the failure of the management to pay them double for working on holidays, as stipulated in their contracts.

Farmington Hotel is a US$20 million investment located by the Farmington River, opposite the Roberts International Airport.

It is owned by the Liberia-based AJA Group and its partners and is being operated by CambellGray Hotels, a renowned high-end hotel group from the U.K., which operates iconic properties including the Phoenicia in Malta and Le Gray in Beirut.

â€œEditorâ€™s note: A previous version of this article noted that CampbellGray Hotels operates One Aldwych in London. One Aldwych is independent and privately owned. While Gordon Campbell Gray was once managing director of One Aldwych, he stepped down in 2010.â€