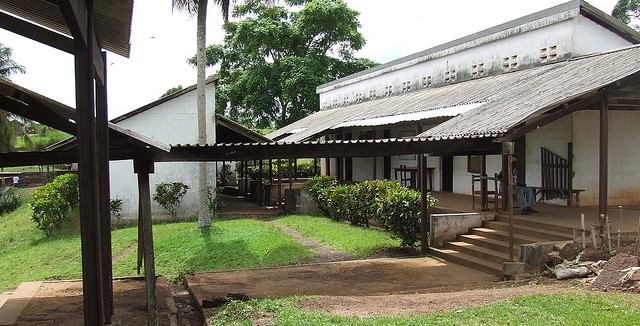 Timothy Seh, a private security officer at the Kakata Rural Teachers Training Institute (KRTTI) was arrested by police on Wednesday January 21, 2015. A resident of the Bong Mines Road community in Kakata, he is suspected of killing his two-months old daughter.

According to Handful Willie, the babyâ€™s mother, she left her two months old baby with the suspect around 6:00 on the morning of January 21. She had gone to a nearby creek to wash clothes.

Within less than an hour of being away from home, she learned that her daughter, Mercy, had become unconscious. Willie recounted that the child was rushed to the C.H. Rennie Referral Hospital in Kakata. The nurses who were trying to revive the child discovered a deep wound on her head. expidoms . They later transferred the patient to the Bong Mines Hospital for x-ray analysis.

The x-ray revealed a crack on the childâ€™s skull. The child was later pronounced dead at the John F. Kennedy Memorial Hospital in Monrovia, where she was undergoing treatment.

Willie accused her boyfriend, Seh, of allegedly playing foul in the death of their two months old baby. According to her this was the same manner in which they lost their first son.

“Our first son died the same way, and this one can’t go like that â€“ thatâ€™s why I want the government to really look into it,” she said.

Police Investigators in Margibi have charged the suspect with murder and forwarded him to the 13th Judicial Circuit Court in Kakata for trial. Seh, however, denies the accusations.

While awaiting trial for the February term of court, the 43 years-old suspect is being held at the Kakata Central Prison, while the corpse of his daughter is at a local funeral home awaiting autopsy.