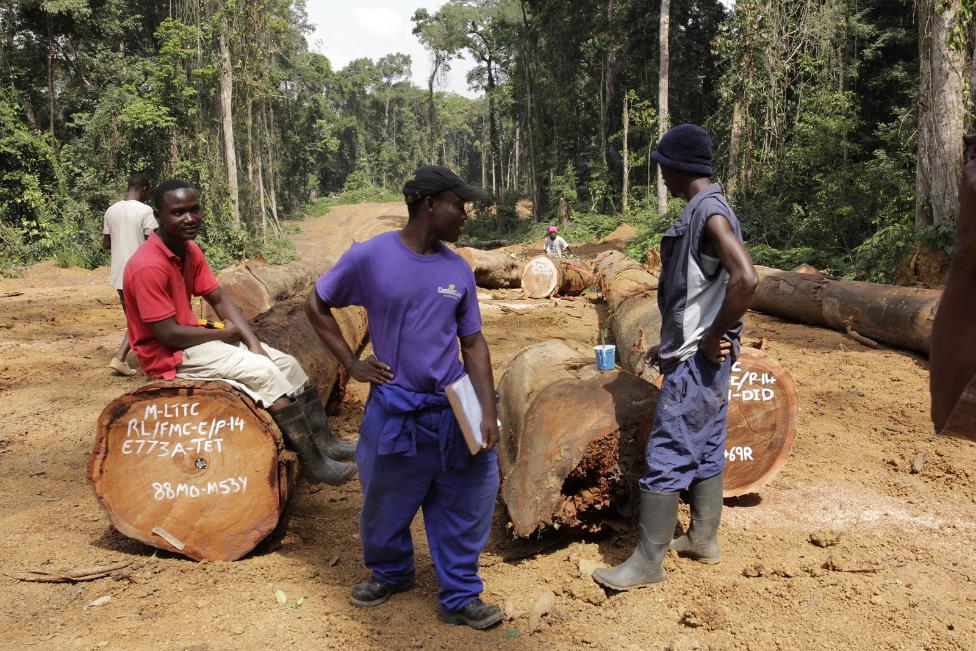 YARPAH TOWN, River Cess â€“ The strategic planning manager for the Forestry Development Authority, Myers Jargbah, has warned that decisions over how to spend land rental fees are quickly becoming a potential source of conflict within rural Liberia.

The 2006 Forestry Reform Law mandates that 30 percent of fees paid by concessions to the government should go to communities affected by the logging. Subsequently, in 2008, 23 Community Forestry Development Committees were established across the country to manage these funds.

At a recent one-day dialogue on the use of these land rental fees, a variety of stakeholders raised concerns that a River Cess CFDC was not properly informing the communities about the different fees paid by concessions and how the funds are used.

Paramount Chief Bob Koffie Zar echoed those concerns when he told the gathering that the communities were not benefiting from the companies because the CFDC were not working in the interest of the people.

“We the community people, we [are] not getting anything from the company,” Zar said. â€œThe CFDC [doesnâ€™t] tell us anything, they don’t even have meetings with us to let know what is happening.” Paramount Chief Koffie Zar said the communities are not benefiting anything from the companies. Photo: Eric Doue

At that gathering, Jargbah, the FDAâ€™s strategic planning manager, sought to have citizens air their grievances about the fees.

“The land rental fees, is what we [are] looking at that is causing problems in Liberia,” Jargbah said. “We have come to hear from you.”

According to Jargbah, the FDA earlier conducted an information gathering meeting and discovered through different focus groups that many citizens had differing and often incorrect information about the land rental fees.

Of the three CFDCs in River Cess, only one had a member present during the meeting â€“ Financial Management Contract B. The financial secretary of FMC B, Matthew Bantoe, was the only CFDC representative in the meeting despite there being ten members on the board.

Bantoe acknowledged the claims of citizens that the CFDCs were not keeping the communities abreast about the land rental and other fees paid by concessions.

“All the misinformation given by the people, we are the cause,â€ Bantoe said. â€œWe should have been having meetings with the people to tell them some of these. This is not happening.” Matthew Bantoe, the financial secretary of the FMC B. Photo: Eric Doue

He accused his chairman, Matthew Walley, of not sharing information regarding any decision making.

“Our chairman [doesnâ€™t] tell us anything; anything he wants to do, that’s what he does,” Bantoe said. Just imagine I am the financial secretary, but I don’t have any financial documents, he [the chairman] has everything.”

Bantoeâ€™s statements align with earlier statements made by the secretary general of FMC B, Ebenezer Whitefield, that all documents of the committee are in the chairmanâ€™s possession.

“The chairman has all [of] the CFDC documents with him, they are on his computer,” Whitefield had said.

In response to this disclosure, participants of the meeting recommended that an audit is conducted and that the CFDC be subsequently required to submit written monthly financial reports, convene quarterly community meetings, among other things.

When contacted, the chairman of FMC B, Walley, did not address the issue that he controlled all the organizationâ€™s documents.

But he reminded citizens that FMC B did hold meetings with the community, including a recent meeting where the community decided upon the construction of a vocational training center using land rental fees.

Walley further noted that the contract for the construction of the training center had already been awarded to a construction firm and the financial secretary, Bantoe, was mandated to monitor the project.

“The contract was awarded, money [was] given within time frame, [and] Matthew Bantoe was asked to monitor the project, which he has been doing,” Walley said.