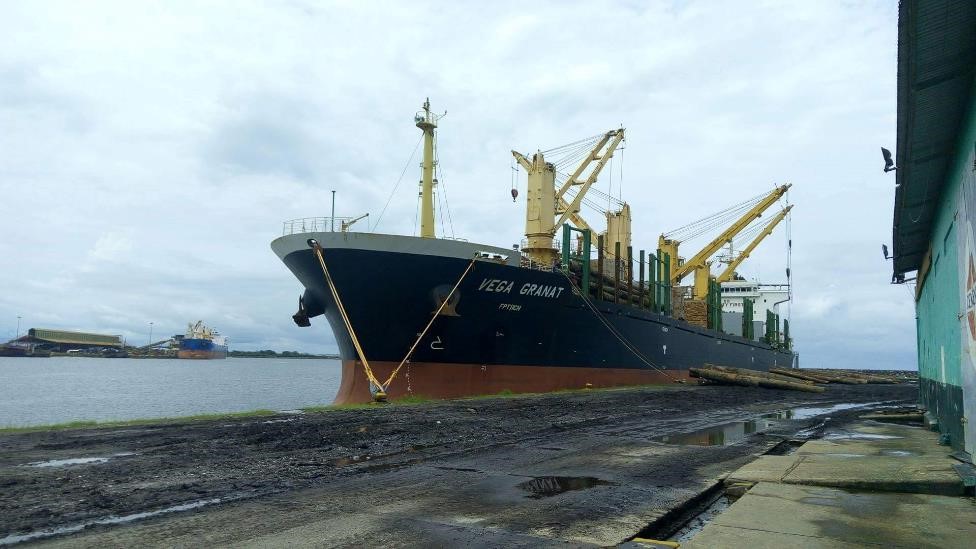 BUCHANAN, Grand Bassa â€“ Grand Bassa Superintendent Levi Demmah has confirmed that a Filipino ship on which two persons were recently found dead has been grounded at the port of Buchanan.

The ship, Vegas Granat, and its crew members will remain grounded at the Buchanan port until an investigation is conducted.

The two victims were Liberians who had been daily laborers on the ship.

The head of the countyâ€™s security team, Samuel Jacobs, in collaboration with the county administration, dispatched a team of security immediately to ascertain what was unfolding, but the two men were declared dead on arrival.

According to Demmah, the men, 30-year-old Emmanuel Smith and 40-year-old George Freeman, were already dead on arrival at the Liberian Government Hospital in Buchanan. Their bodies have been transferred to the St. Moses Funeral Home as they await an autopsy.

â€œAs a county, through the county attorney who represents the Ministry of Justice, we have added information we gathered about this case, regarding negligence and homicide, to the case files. The investigations are continuing,â€ Demmah told The Bush Chicken.

He disclosed that due to lack of capacity at the Liberian Government Hospital in Buchanan, the bodies were transferred to St. Moses without application of any chemical pending an autopsy. When completed, he said the Ministry of Justice would publicize the results.

â€œInitial reports from the preliminary investigations by police indicate that there was an inhalation of toxic chemicals. However, we will get to know what exactly occurred after further investigations and autopsy,â€ the superintendent added.

According to the reports, both men died after inhaling toxic fumes from a chemical that was sprayed in the hatch of the ship when it docked at the port of Buchanan early morning on Tuesday, July 4th.

Workers and contractors at the port were sent home for the day after the incident occurred.

The bodies of the two men are currently at St. Moses Funeral Home in Monrovia. Demmah did not state when the autopsy would be conducted.