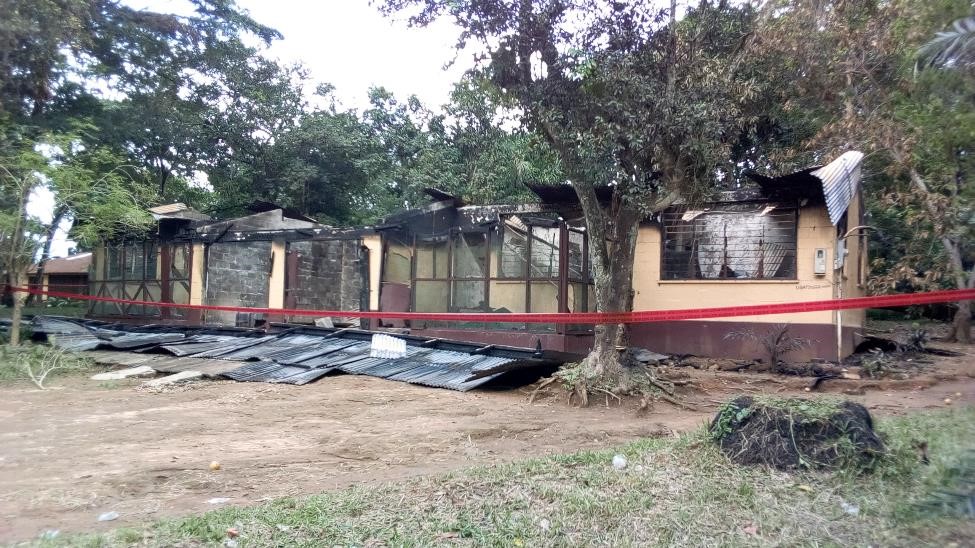 GANTA, Nimba â€“ In what has been a gloomy week for the Ganta United Methodist Hospital, a fire gutted a doctorsâ€™ residence, killing an Indian dentist who was on a one-year assignment in Liberia.

In a press conference held on Tuesday at the facilityâ€™s compound, the hospital administrator, Patrick Mantor, said the 25-year-old dentist met his untimely death when the building caught fire at about 11 p.m. while he was asleep.

Mantor said he had been alerted to the fire by a staff member.

â€œWhen we got at the location, the fire had engulfed the whole building, and there was no way for anybody to get close,â€ Mantor said. â€œThis is an unfortunate situation because we could not do anything to rescue Dr. Shane [Matthew].â€

The exact cause of the fire has not been established, but Mantor said the police are currently investigating the matter and would provide more details. For now, an electrical fault is suspected to have caused the fire. A generator that was providing electricity to the building at that time was also damaged by the fire.

The generator is infrequently used by both Matthew and another apartment mate who had traveled to Monrovia for the weekend. However, because electricity from the power grid had been off for several days, the generator would have likely been on. A burnt standby generator is suspected to be the cause of the fire. Photo: Arrington Ballah

Further investigation has revealed that the security guard assigned to the doctorâ€™s residence had abandoned his post because of the heavy rainfall. He likely would have noticed the fire and called for help, had he been at his assigned post.

â€œBoth the security assigned to the building and the chief security officer who is supposed to ensure that everyone is manning their post are the first suspects,â€ Mantor said. â€œThey are in police custody as investigations continue.â€

A memorial service was held on Thursday in honor of Matthew at the S.T. Nagbe United Methodist Church in Monrovia. Preparation continues for the transfer of Matthewâ€™s body to his homeland, India.