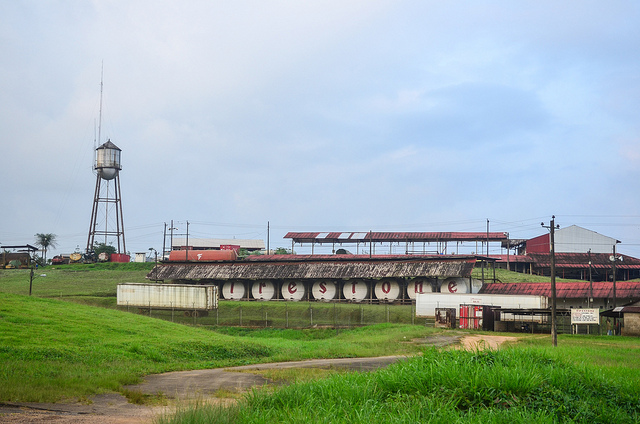 HARBEL, Margibi- Firestone has terminated the contracts of several teachers within its educational department for what has been described as the presentation of fraudulent credentials.

About forty-two employeesâ€™ contracts have been terminated by the company after complete verification of their credentials by authorities of both the educational department and the industrial relations office.

The audit established that the affected employees falsely claimed to have graduated from several institutions of higher learning within the country, but their claims were nullified by the administration of the schools reflected on their documents.

A press release from the company further noted that the credentials of another huge number of employees are still being investigated to verify their claims sufficiently.

Over 145 employee credentials were presented to the companyâ€™s investigation team, which was entrusted to look into the alarming academic falsehood.

The release said that some of the higher institutions reflected on the credentials of the affected employees, when contacted, could not account for or trace any information on their association or enrollment.

The layoff of the employees coincides with Firestone Liberiaâ€™s announcement to terminate the contracts of about 500 employees due to losses as a result of a decrease in the price of rubber on the world market.

Levi Sayway, vice president of the Firestone Agriculture Workers Union, also confirmed the dismissal of the employees and said some of those affected had already officially contacted the FAWUL. The decision has prompted the union to probe into the matter.

â€œThe union is aware,â€ Sayway said. â€œBut we want those with legitimate claims to forward their documents to seek redress on the matter.â€

FAWULâ€™s vice president continued, â€œSince the challenge, only one teacher has said he will prove management wrong.â€

Emmett Dennis, the universityâ€™s president, said some of the institutions applied to have come back to the University of Liberia to confirm the applicantsâ€™ eligibility but are frustrated to realize that those individuals had never attended the university.

Global Bank Liberia, a banking institution in the country recently collaborated with the administration of the University of Liberia to expose one of its employees, Saturday Dee, who had claimed to be a 2013 graduate of the institution.

The degree of Saturday Dee carried the signature of the universityâ€™s former president, Ben Robert, who was not employed at the institution in 2013. The degree also claimed that Dee earned a Bachelor of Science degree in management, which is not offered at the university.

The release said, in keeping with the labor laws of the country, the employees would be given their due severance benefits for their services rendered to the company.