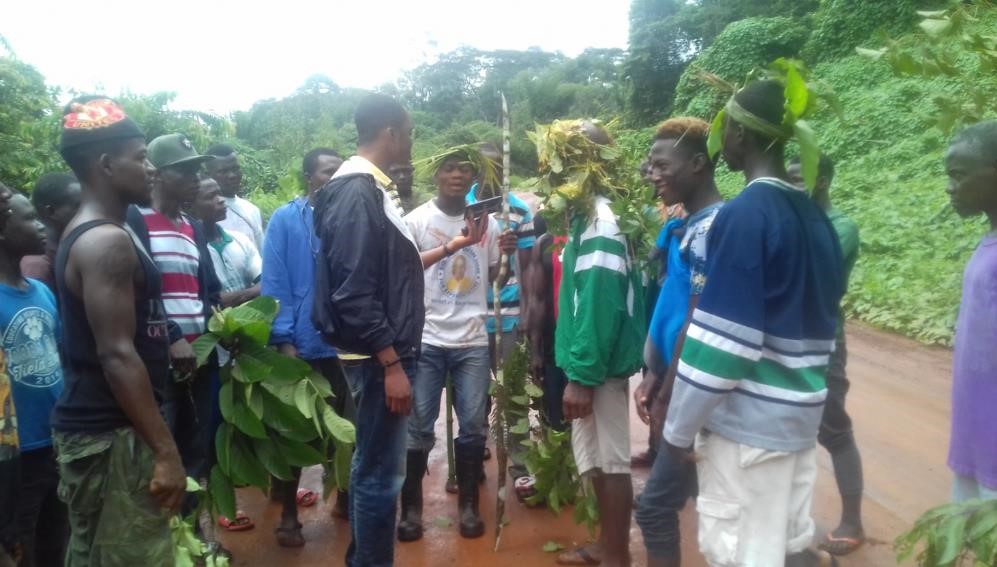 HARBEL, Margibi â€“ All 45 divisions at the Firestone plantation were shut down early Wednesday when workers, mainly rubber tappers, laid down their tools in demand of US$8.36 as their daily minimum wage.

This is the second protest of such in recent weeks, stemming from a statement made to lawmakers by the managing director of Firestone Liberia, Ed Garcia.

During Garciaâ€™s appearance before the House of Representatives, he told that body that workers at the concession take home an average wage of US$8.36.

â€œAs far as tappersâ€™ wages are concerned, of course, we pay the minimum wage,â€ Garcia told lawmakers. â€œIn fact, the average earnings of our tappers â€“ not including benefits and rice â€“ they earn an average of US$8.36 per day. Our highest earning tappers earn US$12.82 per day.â€

Many workers misunderstood Garciaâ€™s statement and contended that they were being underpaid by the company, even though the minimum wage for skilled laborers is US$5.50. Garcia later appeared on local radio stations to inform workers that his statement at the legislature was misconstrued by the public.

He noted that Firestone pays a little over US$4 million to over 1,800 workers each year.

On Tuesday, August 7, 2018, the leadership of the Firestone Agricultural Workers Union of Liberia met with the Margibi County Legislative Caucus and workersâ€™ representatives to ask workers to abandon their protest.

Harris Kerkula, president of the union, told The Bush Chicken he convened the meeting after several threats of protest from workers on the farm.

â€œIt was not a secret that workers had planned to lay down their tools. They had earlier registered that if they donâ€™t receive what they are demanding right after their pay, they will again put down their tools,â€ he said.

The meeting with shop stewards ended in a deadlock as the workers refused to listen to authorities from the Ministry of Labour, their lawmakers, and Firestone.

Early Wednesday morning, the union president confirmed that the protest was ongoing, noting that reports from the plantations were not favorable.

Kerkula said he received calls from Firestoneâ€™s management that the workers were cutting down young rubber trees to use as roadblocks. He added that workers who were not participating in the protest hid, for fear of retaliation.

Even after pleas from Rep. Ben Fofana, chairman of the legislative caucus, the workers still carried on their protest.

When contacted via mobile phone, Rep. Tibelrosa Tarponweh of Margibiâ€™s first district said he was shocked that the workers decided to protest after the lawmakersâ€™ intervention.

â€œSadly, we canâ€™t come up with a fix â€“ [a] solution to an age-old problem,â€ Tarponweh said. â€œAll we ask of the workers is to give us some time to address the situation.â€

The protest shut down major routes within the plantation, as company vehicles were chased, and drivers were told by the protesting workers that they risked seeing their cars damaged if they attempted to cross the roadblocks.

For several hours, only motorcyclists were allowed to access the various divisions of Firestone, as even non-Firestone vehicles were targeted by the workers.

Sunday Natee, head of the protesting tappers from Firestoneâ€™s 43rd Division, said he and other protestors would not end the protest until the companyâ€™s management paid them what they are requesting.

â€œNo amount of negotiation will see us returning to work. Management owes us our money and they must pay all before we go back to job,â€ Natee said.