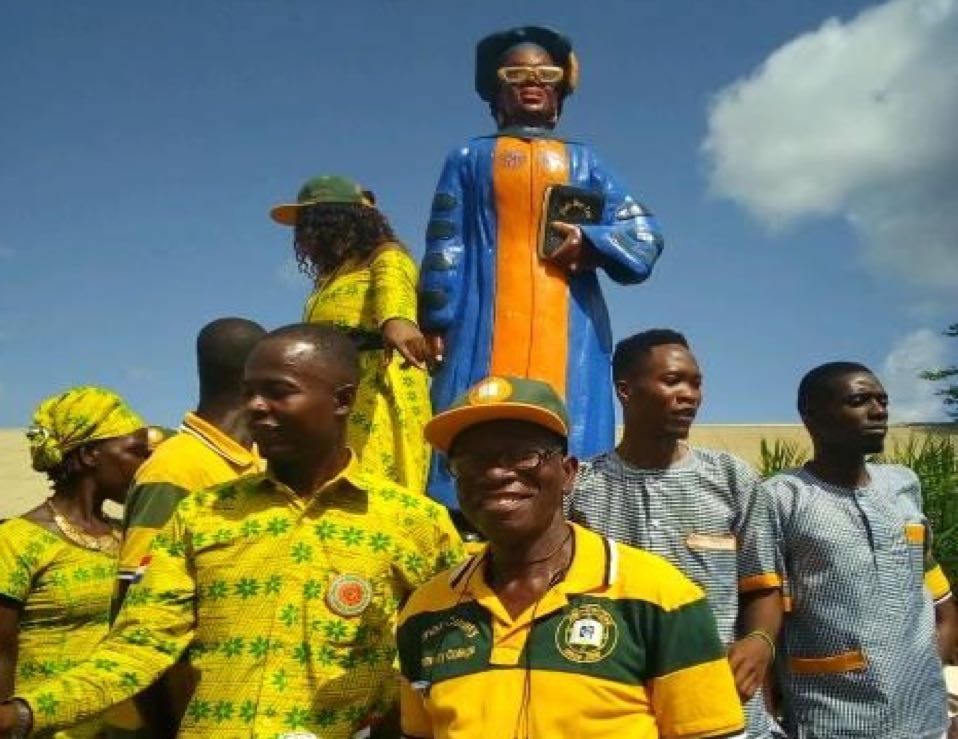 SANNIQUELLIE, Nimba – Nimba County Community College’s Class of 2016 has erected a statue on the main campus of the college in honor of the college’s first president.

A statue of Yar Gono was erected by the students in recognition of her work in building the image of the college since she was appointed as the college’s first president by former Liberian President, Ellen Johnson Sirleaf in 2011.

Emmanuel Dahn, the secretary general of the Class of 2016, spoke to The Bush Chicken via telephone, where he gave the reasons for the honor bestowed on Gono.

“Overall, the top reason that prompted us has to do with her dedication to the community college and how far the community [college] has been in existence,” Dahn said.

Dahn said in erecting the statue, the alumni were ensuring that Gono’s contribution would never be forgotten at the school.

Graduating classes at Liberian colleges and universities usually undertake projects to commemorate their time at their respective institutions and the statue was the project selected by the Class of 2016. Dahn said the project cost US$2,300 and was financed by members of the graduating class, along with contributions from prominent individuals and institutions including the Nimba County Legislative Caucus, the community college’s Board of Trustees, the Student Council Government, the business community of Sanniquellie, faculty and staff, and members of the religious community.

Rep. Larry P. Younquoi of Nimba’s eight electoral district dedicated the project at a ceremony where he commended the students for being appreciative and farsighted in recognizing Gono’s role in bringing the institution to its current status.

“This is a very good thing you people have done today—this honor is important because, perhaps Dr. Gono would be the first and only female president in the history of the Nimba County Community College,” Younquoi said.

He said there are plans underway to elevate the community college to a full degree granting status.