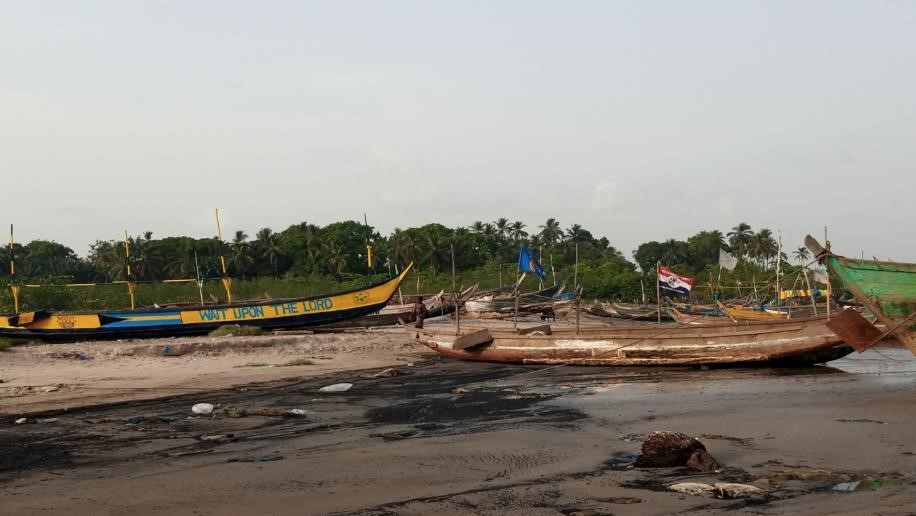 GREENVILLE, Sinoe â€“ Barely two weeks following the pronouncement of more stringent measures by the National Fisheries and Aquaculture Authority to ensure compliance with the yearly registration by all heavy-duty canoe operators, fishermen in Sinoe are complaining about the exorbitant nature of the increments.

Speaking to The Bush Chicken in Greenville on February 18, the chairman of the Fanti Canoes Association, James Kwakwu, expressed his organizationâ€™s grave concerns over the hike in NaFAA fees.

Under the new fee schedule issued by NaFAA, motorized canoes using equipment rated between 1-14 horsepower will now pay US$200 for their fishing licenses. Those rated 15-40 horsepower in capacity will pay US$475, while those in the 41-100 horsepower range will pay US$1,000. Migrant or seasonal fishermen will pay US$1,250.

According to Kwakwu, NaFAAâ€™s insistence that the new fees must be paid before any fisherman can fish has effectively halted their operations in the county for the past weeks because most of his members are not financially equipped to meet up with the yearly license or registration requirements at this time.

â€œThe money is too high and [the] government is not giving us any support. We buy our own nets and canoe. Sometimes, if we have [a] problem, nobody, not even the government, stands by us,â€ he said.

Fishermen in Liberian are not known to be covered by any insurance program. And so, their deaths at sea are often the responsibilities of their families and friends, therefore increasing the cost of industry-wide risk to individual fishermen.

â€œSome of us were born in Liberia, and since the time of President Charles Taylor up to Ma Ellen time, this is the first time weâ€™re noticing such a huge increase when it comes to fees and registration of canoes in Sinoe County,â€ Kwakwu added.

â€œWe are, therefore, appealing to the government to please reduce the money so that we can be able to pay. Because for some of us, our children and family [are] depending on us to survive. And if we are just sitting and doing nothing, who will help take care of them?â€

The increase in fees and registration has already begun to impact the fishing industry in the county. The number of canoes going out to sea has dropped because some fishermen are yet to pay the new fees. Prices of fish and fish products have also increased as demand outpaces fishermenâ€™s ability to supply the market. The market price for two snapper fish â€“ a popular dietary favorite of many Liberians â€“ is now L$300 (US$1.54) at the port city of Greenville. 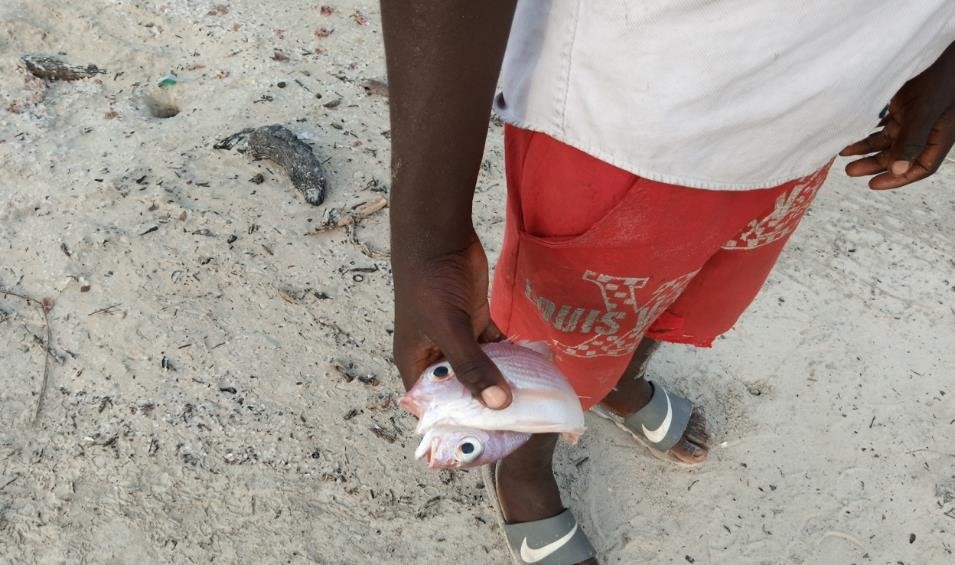 Long lines of market women wishing to buy directly from the fishermen can now be seen along Sinoeâ€™s beaches on a daily basis. This situation has continued unabated for nearly two weeks now.

A local market woman, Oretha Nimely, explained her ordeal, â€œSince this afternoon, we been here waiting to see whether we can get small fish. But it is not easy. Even the number of canoes that used to go on the water is no longer the number again, because of what the government now says the fishermen should pay.â€

But authorities at NaFAA are pushing back against the fishermenâ€™s complaint, insisting that the new fees are in line with reports in the industryâ€™s licensing rules.

According to Lewis Konoe, NaFAAâ€™s spokesman, these new regulations are intended to raise revenues for the government from the fishing industry, especially from fishermen engaged in semi-industrial fishing throughout the nine coastal counties, based upon the capacity of outboard machines, or motorized fishing boats.

The new fees for small scale fishing licenses have already gone into effect.

NaFAA is adamant it will not compromise the enforcement of these new fees and related penalties against uncompliant fishermen. It says absolutely no fisherman will be permitted to fish who does not possess an up-to-date license.

A joint inter-agency fisheries task force has already been set up to vigorously inspect and enforce compliance across Liberiaâ€™s coastal communities. The task force includes the Liberia National Police, the Coast Guard, the Ministry of Commerce, the Liberia Drugs Enforcement Agency, and the Liberia Immigration Services.