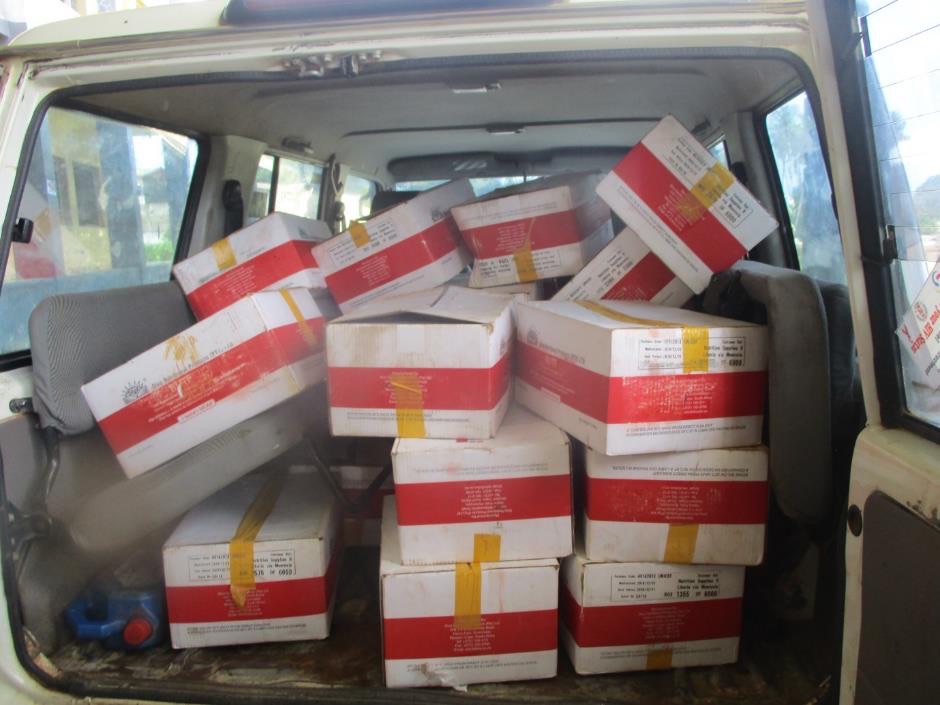 In an interview with Cape Rock Radio in Harper on Friday, June 14, Kateh said Anthony G. Elliott, George E. Dokey, P. Youah Jonhson, Audrey Cole, and Richard Davis were suspected of stealing over 34 cartons of the food products from the hospital.

Kateh said over 80 cartons of the nutrition supplements had gone missing on May 13, prompting the administration of the J.J. Dossen Hospital to involve the Liberia National Police in the investigation.

The Harper Magisterial Court then issued a writ allowing officials to search the houses of one of the health workers, Anthony Elliott, where 34 of the 80 cartons were found.

Police then arrested five health workers of the government-owned hospital on May 14 in connection to the missing items. The hospital staff were later taken to the police station in Harper for questioning and then sent to the Harper Magisterial Court for further investigation.

In his statement on Friday, the chief medical officer said the Harper Magisterial Court had thrown out the case because the writ issued by the court was found to be illegal and unlawful.

However, Kateh said he was still within his right to take administrative actions against the five health workers. Kateh promised to take strong actions against anyone who engaged in stealing properties of health facilities across the country.

â€œWe have partners we talk to. They are bringing in these nutrition supplements, these are [goods] that supposed to be given to our people free of charge, but our people turn around and buy these things and sell them to their own people,â€ he said.

â€œWe have to begin to look at the people that we are serving. There were people that were in those positions that we are in today and because the decisions they made, this is how some of us were able to live at least a healthier life.â€

He urged health workers in the country to prioritize the citizens they serve, in order to save lives and prevent the spread of diseases.

Kateh promised that the Health Ministry would send out its legal team to health facilities across the country to conduct rigorous investigations.

â€œI need to start cleaning my house, and this year is the year Iâ€™m going to clean my house,â€ he said.

While Liberian health facilities face a shortage of supplies, the health system has often been plagued by health workers who pilfer medical supplies and resell for profit.

He noted the poor nature of housing facilities for health workers. Additionally, Kateh said many of those facilities lacked access to key drugs.

He disclosed that the Ministry of Health was working to address some of these issues, including working with the World Bank to construct 40 housing units across the country to house health workers.

He highlighted the fiscal constraints the Health Ministry faces, noting that of the US$81 million budgeted for the ministry, a little over US$50 million go to salaries.

â€œNow, what can US$30 million do? Buying fuel to run generators at most of our hospitals, buying medications, repairing vehicles and so forth â€“ that is peanuts,â€ he said, noting that the Health Ministry cannot properly operate with that amount.

Kateh called on citizens in the region to understand the challenges of the Health Ministry and assist health workers by working to provide them with housing and food.