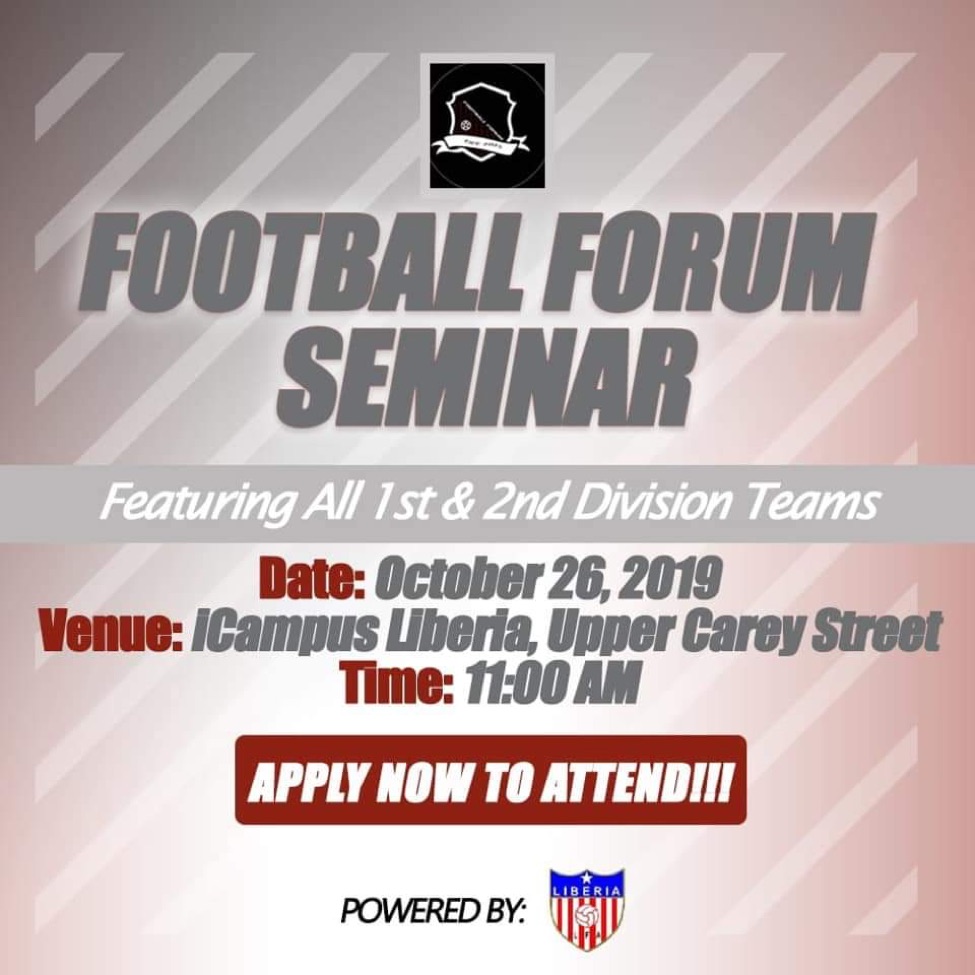 MONROVIA, Montserrado â€“ A football think tank is holding a day-long football seminar for clubs in the first, second, and women’s divisions in an effort to brainstorm on improving the state of the sport in Liberia.

According to a brief release issued by the Football Forum, the seminar is also open to fans who register via a link provided in the release.

“As part of our existence, one of our aims is to enhance the footballing conditions in Liberia and improve football as a whole,â€ the group said.

The seminar is expected to highlight youth and community football development, league development, marketing, and branding.

The seminar comes as an opportunity for most Liberian football clubs that are yet to understand the importance of marketing, branding, and the development of football. Additionally, the forum wants to draw more attention to grassroots football, which is a foundation of strong footballing nations in modern football.

Over the years, football has improved globally, with clubs around the world investing heavily in branding and marketing to attract fans and subsequently, generate income through match attendance, due payments, and jersey sales.

Unfortunately, that has been the opposite for Liberia, where the Liberia Football Association has struggled to make the local leagues attractive to Liberians at home and the outside world. Local clubs fail to properly market and brand themselves even via social media, which has become the most common tool for marketing and branding.

The seminar will begin at noon and end at 3:00 p.m. at iCampus Liberia on Carey Street on Saturday, October 26.

Originally formed in 2015, Football Forum was officially launched in 2018. The organization was one of the few organizations that had a delegation in Sierra Leone for the Lone Star 2022 World Cup qualifier return leg.