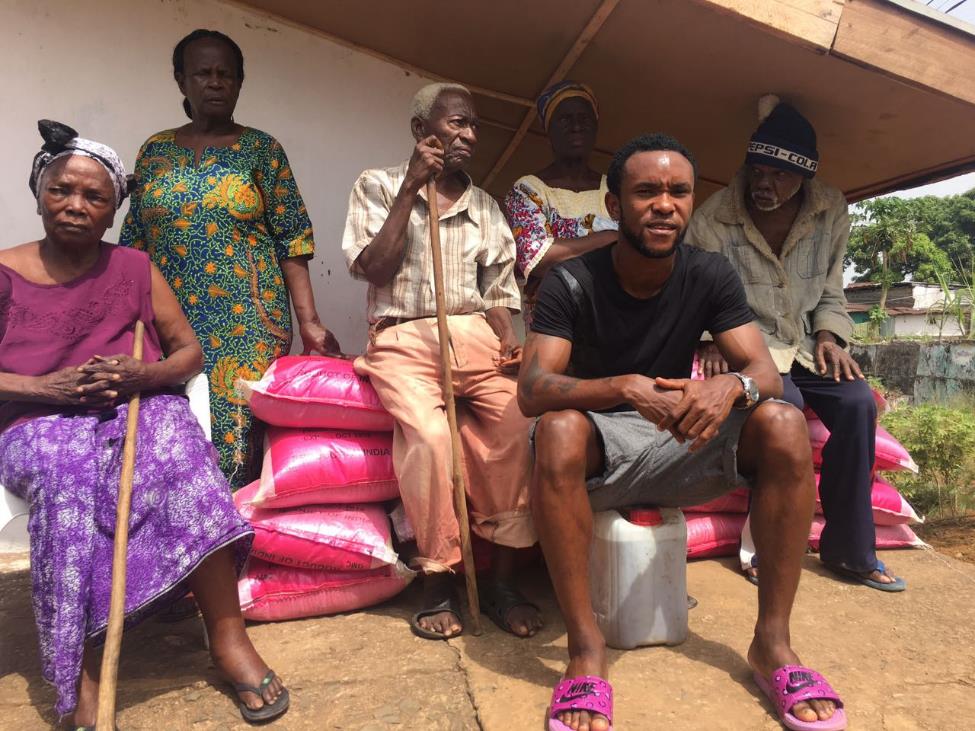 MONROVIA, Montserrado â€“ With many Liberian footballers returning home to family and friends during the holidays, midfielder Zah Krangar, who plays for Malaysian club FELDA United, made use of his short time back in Liberia to distribute food to the less fortunate in two communities.

Krangar donated 50 bags of rice and 40 liters of cooking oil to the old folksâ€™ home in his community on 72nd Boulevard in Congo Town and a similar center located on Ashmun Street in central Monrovia. He told The Bush Chicken he saw it necessary to donate the items because of the living conditions within the country.

â€œWe all know how it is now in Liberia. We arenâ€™t here, but we do receive the information about the living conditions here,â€ Krangar said. â€œIn life, itâ€™s a blessing when you become a blessing to others. I wish I could do that around Liberia, but for now, I will start from here.â€

The 27-year-old has returned to his club that is expected to kick off the 2017 Malaysia league season this month. FELDA finished second on the league table last season and automatically qualified for the Asia Football Confederation Cup, a tournament Krangar thinks his team could win.

â€œWe are going to have a busy time this year. Not only the domestic leagueÂ but also the Confederation Cup,â€ he said. â€œWe know itâ€™s going to be tough, but we are well prepared for it. We arenâ€™t only going to participate, but to win it as well.â€