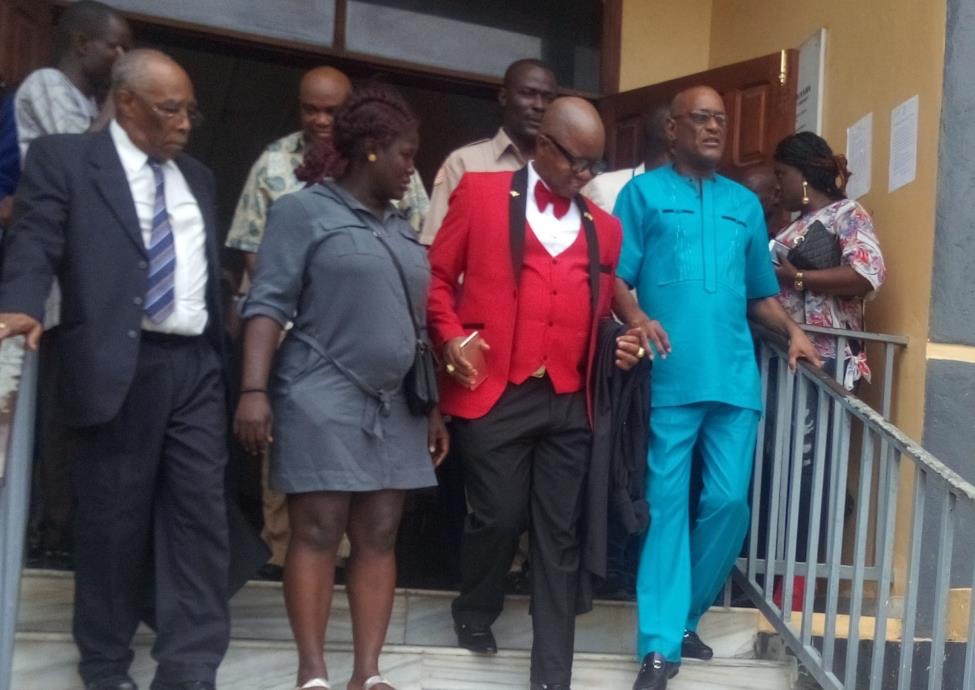 MONROVIA, Montserrado â€“ Former Central Bank officials facing trial for allegedly overprinting new Liberian dollar banknotes have been requested to pay more than L$1.06 billion (US$5.16 million) each for criminal appearance bonds to secure their second release after a new charge was added to their indictment.

In March, the Central Bank of Liberiaâ€™s former deputy governor for operations, Charles Sirleaf; former executive governor, Milton Weeks; and director for banking, Dorbor Hagba were released on bond after being indicted for multiple crimes. The crimes included theft of property, economic sabotage, and misuse of public money, criminal conspiracy, criminal facilitation, and illegal disbursement of public money. Richard Walker and Joseph Dennis were also indicted for their alleged involvement in printing of excess banknotes.

The defendants, however, were ordered rearrested last week by Criminal Court C after the government indicted them for money laundering, as an addition to their previous indictment. They pleaded not guilty.

Their lawyers had filed a motion last week requesting the court to use their previous criminal bonds to stand as the guarantee for their appearance for the trial of their new indictment.

But Criminal Court C Judge Blamo Dixon dismissed the defense lawyersâ€™ motion to extend their criminal appearance Bond, saying such motion does not exist under the laws of Liberia.

Two of the defendants, Sirleaf and Dennis, have been released on medical bail. They were advised to file their respective bonds in one week while they seek medical treatment. Dennis was released to his lawyer, who was ordered to make a formal commitment to take charge of his client.

Their co-defendants, Weeks, Hagba, and Walker, were held at the Monrovia Central Prison pending the filing of their bond for the new charge.