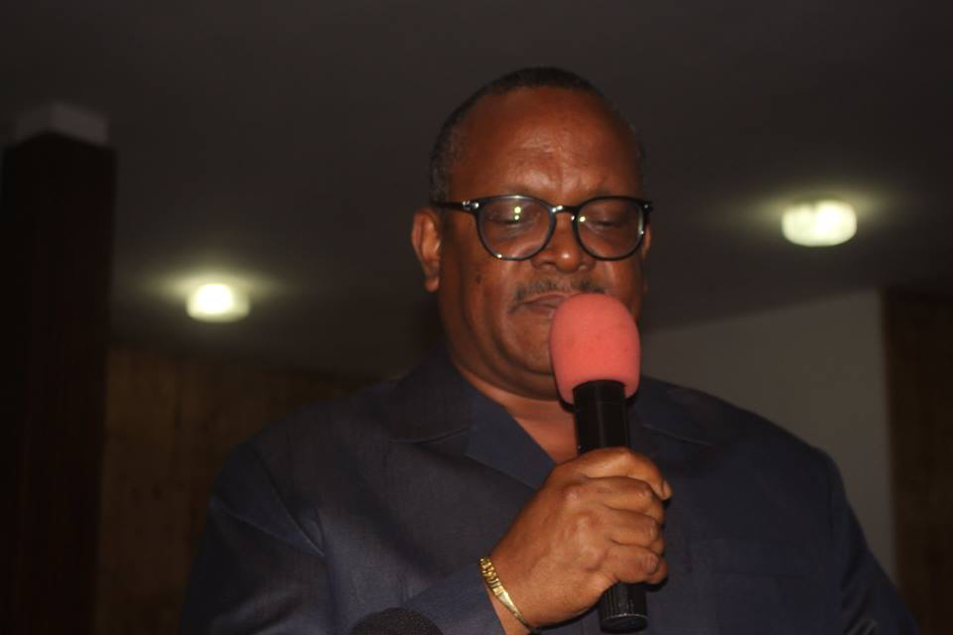 MONROVIA, Montserrado â€“ Former Central Bank Governor Milton Weeks has admitted before the plenary of the House of Representatives that the printing of the additional L$10.5 billion new banknotes were not authorized by the legislature.

Weeks told the House of Representatives on Thursday, November 8 during its fourth day extraordinary that the board of governors decided on the printing of the additional banknotes based on past discussions with the legislature.

According to him, he and the Board of Governors of the central bank also understood that the communication signed by the Clerk of the House granting authorization to completely replace the remaining mutilated banknotes on the market was an authority to go ahead and print the additional L$10.5 billion.

The former CBL Executive Governor earlier maintained that the printing of the additional banknotes was approved by the national legislature. But members of the 53rd legislature, during whose tenure the additional banknote printing was reportedly authorized, have continuously denied giving the bank a go-ahead for additional printing of money after earlier authorizing L$5 billion to be printed in April 2016 to replace mutilated banknotes on the market.

A former speaker of the 53rd National Legislature, Emmanuel Nuquay, who was also invited to testify before the Houseâ€™ plenary last week, vehemently denied that the legislature gave any authorization to the Central Bank under his watch as speaker to print an additional L$10.5 billion new banknotes after authorizing the printing of the initial L$5 billion new banknotes.

â€œThere is nowhere in that letter that a single dime was mentioned to be printed. There is nowhere in that paragraph or in any paragraph that mentioned that money should be printed. There was no instruction given; the letter was clear â€“ anybody can give their interpretation, but there was no instruction given to print money,â€ he explained.

When asked if he unilaterally authorized the printing of the additional L$10.5 billion, the former speaker denied ever doing so.

â€œI, at no point in time authorized the CBL to print any additional money,â€ he noted.

However, even if the reported communication constituted an authorization, records show that Weeks had entered into a contract with Crane Currency on behalf of the Central Bank before seeking the approval of the legislature.

According to the documents, the contract to print the L$10.5 billion was entered on June 12, 2017, while the House of Representativesâ€™ communication is dated July 19, 2017. Weeks also admitted to the documents in his testimony to the lawmakers.

He acknowledged that, in addition to not informing the legislature, the Central Bank also did not inform former president Ellen Johnson Sirleaf prior to going ahead to finally print the new banknotes.

A communication displayed before the House of Representatives shows that Sirleaf had earlier advised the Central Bank executive governor to inform the legislature on the volume and denomination of the additional new banknotes prior to printing.

Weeks also acknowledged the former presidentâ€™s communication but said he did not adhere to it.Â  He also maintained that he has no knowledge of any money missing.

Following the testimonies, members of the House of Representatives voted to hold some former executive of the central bank, including Weeks in contempt for printing additional banknotes without being ordered by the 53rd National Legislature.

According to the lawmakers, the action of the bank and its Board of Governors brought past and current lawmakers to disrepute, and caused unwanted protests that impeded legislative functions, especially on September 24, when group of angry Liberians under the banner of Concern Citizens United to Bring Back our Money took to the streets to demand an independent investigation. Others are former members of the CBL Board of Governors, Melisa Emeh, Kollie Tamba, and Elsie Dossen Badio.

Younquoiâ€™s motion stated that the three former CBL governors and members of the current Board of Governors who served between 2016 to July 2018 be made to appear before the full plenary on Monday, November 19 at 11:00 a.m.