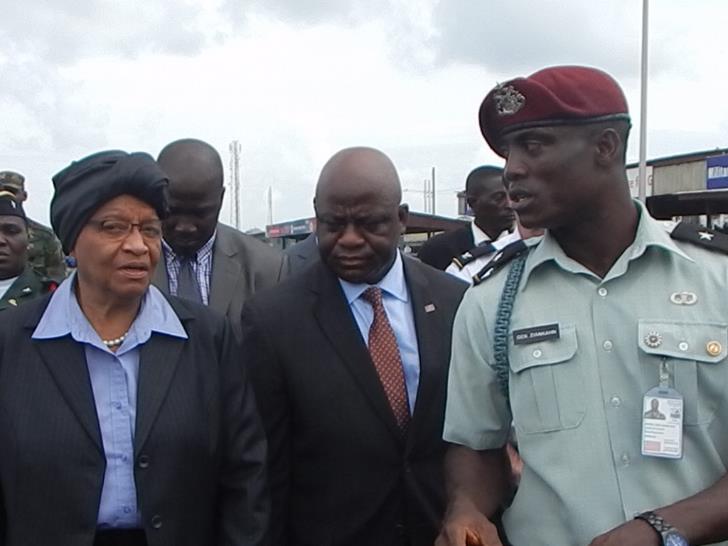 MONROVIA, Montserrado – Former Defense Minister Brownie Samukai and two others have pleaded not guilty to charges of economic sabotage, money laundering, criminal facilitation, and criminal conspiracy related to their management of a pension fund for the Armed Forces of Liberia.

Samukai, Joseph Johnson, and Nyumah Dorkor were arraigned at Criminal Court C on Monday, Feb. 17. All three men denied any wrongdoing and requested a bench trial following the reading of their indictment.

“We have reached an agreement to waive our rights to a jury trial and therefore request for a bench trial where the judge will serve both as judge and jury in the trial and will determine the matter,” the defense lawyers said.

The case in question stems from charges against the defendants brought by the government’s Assets Investigation, Restitution and Recovery Team, or AIRRT, headed by Cllr. Arthur Johnson. Established in 2019 by President George Weah, AIRRT is tasked with revisiting past audit reports in which former government officials were found culpable in the misapplication of public funds and assets. The team aims to recover the assets.

In late 2019, AIRRT indicted Samukai and his co-defendants. The indictment alleges that the defendants wrongfully deducted monies from a contributory savings fund they set up for AFL soldiers in August 2009. As then minister of defense, Samukai is accused of misapplying an estimated US$1.7 million of the officers’ welfare and supplementary pension benefits fund.

According to the indictment, the defendants also criminally withdrew US$852,860 from the account and expended that amount on activities already covered under the Ministry of National Defense’s allocations in the national budget.

Moreover, the defendants installed themselves as the lone signatories to the pension accounts, excluding the army’s chief of staff and other high ranking officers of the Ministry of National Defense.

Even though the fund was established to provide benefits to wounded AFL soldiers and the families of deceased soldiers, as well as supplement pension packages to personnel of AFL upon retirement, none of these purposes was fully pursued by defendants while they managed the funds.

But despite the severity of the charges against the defendants, government lawyers seemed ill-prepared to move forward with the case on Monday, as they failed to produce relevant documentary evidence required by law.

Judge Gbeisay, therefore, felt pressured to fine the government lawyers US$150 for their failure to produce any material evidence used to draw up the indictment against the defendants as a first step in the trial. The judge also ordered the arrest of Montserrado’s county attorney, Edwin Martin, until the amount is paid or the requested evidence is produced before the next trial date.

“Based upon the failure of Cllr. Martin to pay said amount into government’s revenue, and subsequent display of evidence in court, the clerk of the court will be ordered to arrest Cllr. Martin,” Judge Gbeisay said.

It is unclear how prosecution lawyers would succumb to such egregious breach of a key provision of the criminal proceedings in such a high profile criminal case. Under Liberia’s criminal procedure law, the prosecution is obligated to present all pieces of documentary evidence upon which its original indictment was made.

Without such evidence, it is unclear if the government will be able to convict the defendants as charged.