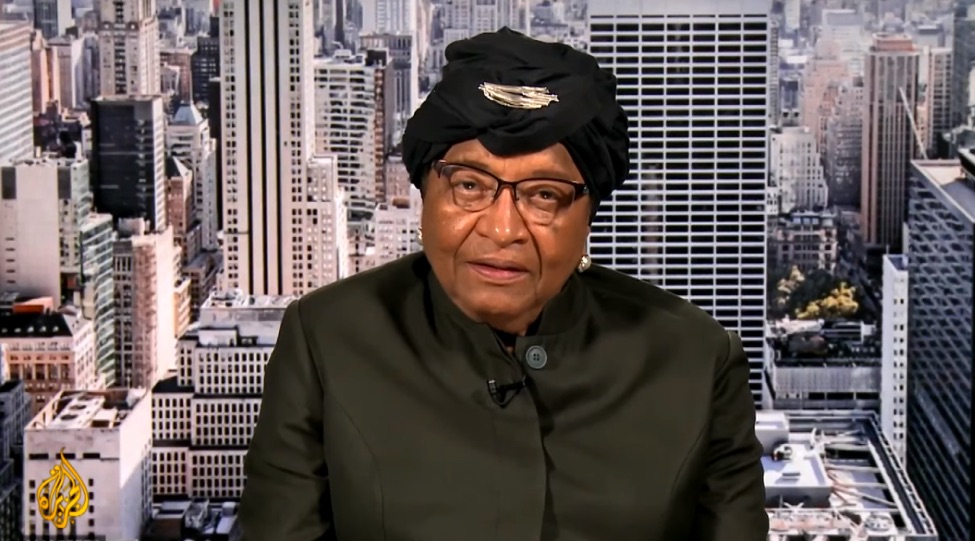 The former president made the statement on Aljazeera program UpFront. The full interview was published on May 24.

Charles Sirleaf, who served as the deputy governor for operations of the Central Bank, was arrested in March and charged for multiple criminal offenses along with the former executive governor Milton Weeks and three others. The charges included economic sabotage, misuse of public money, property or records, illegal disbursement and expenditure of public money, and criminal conspiracy.

Their arrest was based on a report released by a presidential investigation team set up by President George Weah to investigate reports of the alleged missing of L$16 billion in new banknotes. According to the report, the decision to print excess banknotes cost the government an extra US$835,361.

Government lawyers have been arguing against the merit of the bonds, but the judge of Criminal Court C is expected to rule in the argument.

â€œHe was unjustifiably, illegally charged,â€ the former president said during her interview, which grew testy at times.

She was responding to questions from the journalist, who asked her to justify why her sons were placed in high positions in her administration. In response, she said she needed special skills to enable her government to achieve its objective of mobilizing resources to tackle the countryâ€™s major development programs.

President Sirleaf noted that leaders of other countries around the world adopted such practice to achieve their development objective. However, when pressed to name democracies which followed that practice, she did not name any.

She refused to further comment on the trial of her son, claiming that it would be illegal for her to do so under Liberiaâ€™s laws while the matter is still before the court.

President Sirleaf also dismissed the journalistâ€™s statement that the National Oil Company of Liberia had gone bankrupt due to the leadership of another of her sons, Robert Sirleaf.

â€œYou go look at the records. There is nothing about that company going bankrupt,â€ she said, before adding that the financial situation at NOCAL was brought about because ExxonMobil and Chevron, the two companies that were carrying out oil exploration, had pulled out of the country because they did not find oil in commercial quantities.