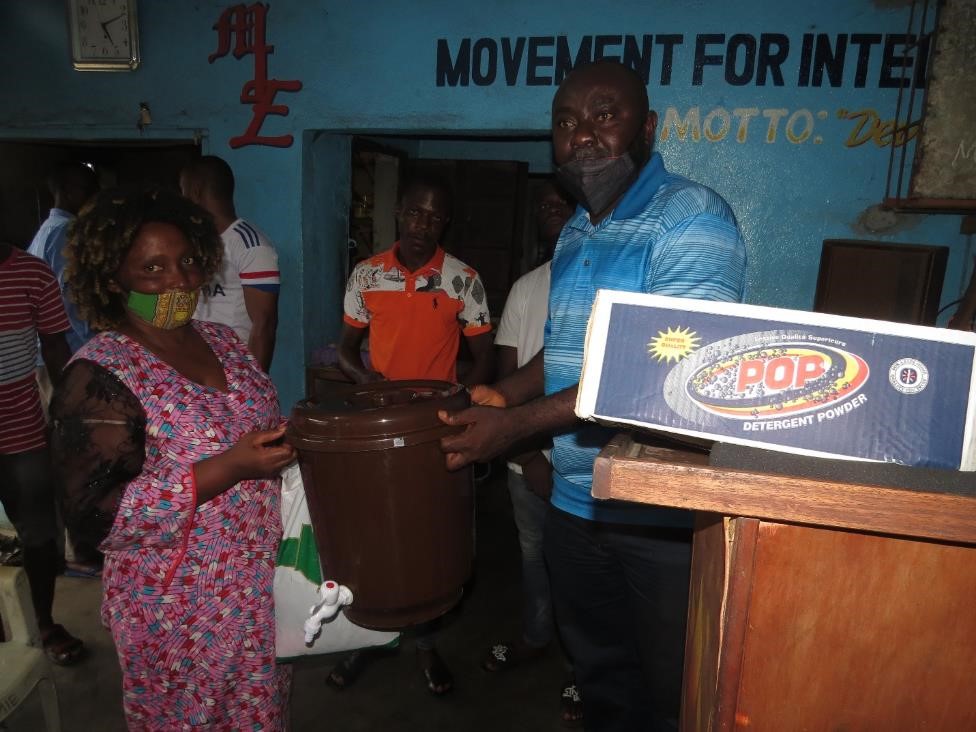 MONROVIA, Montserrado – Despite a reduction in new COVID-19 cases across the country, a former representative candidate in Montserrado’s 14th district, Kerkula Muka-Kamara, is warning against complacency in the fight against the pandemic.

Liberia has seen a progressive decline in the number of new COVID-19 cases that demonstrates that the country is making significant progress in the fight against the pandemic.

Recently, The Bush Chicken reported that the seven-day average of new cases is now at two cases – similar to what it was on April 2, less than a month after the virus was first detected in Liberia.

Speaking recently when he donated 1,000 pieces of facemasks and other COVID-19 preventive items to twelve graders taking the West Africa Senior Secondary Certificate Examinations in Montserrado’s 14th electoral district, Muka-Kamara said despite the decline in the number of new COVID-19 cases, Liberians must remain vigilant if the country must totally defeat the virus.

He explained that any form of complacency in prescribed health protocols would undermine the government’s efforts in the fight against the pandemic.

“Things may seem normal but they are not; people are contracting the virus on a daily basis. As such, the fight against COVID-19 must never be overlooked,” he emphasized.

He said providing protective materials for the senior students was one of many interventions he has made since the pandemic was announced in the country.

“We look forward to assisting more schools even outside of Montserrado’s [14th district] for the safety of all Liberians,” he noted. He added that his donation was to buttress the government’s efforts in proving protection for the students against the Coronavirus throughout during the period of the exam.

He said despite the challenge of defeating the virus, the students must be focused and studious to successfully pass the exams.

The vice principal for instruction of the MAC Foundation High School, Mohammed Kamara, thanked the former representative candidate for his gesture. Kamara said the donation would be used to protect the students from COVID-19 during the exam.