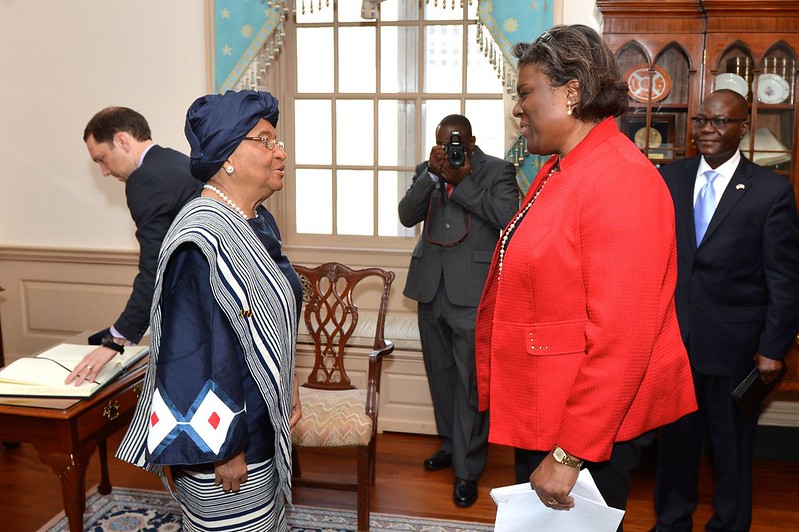 MONROVIA, Montserrado – The former United States ambassador to Liberia, Linda Thomas-Greenfield, has been named as U.S. President-elect Joseph Biden’s nominee for ambassador to the United Nations.

Thomas-Greenfield was among an array of key nominees announced on Monday by the Biden team to head foreign policy and national security agencies under his incoming administration. The team also announced in a press release that Antony Blinken would be the nominee for secretary of state.

“We have no time to lose when it comes to our national security and foreign policy. I need a team ready on Day One to help me reclaim America’s seat at the head of the table, rally the world to meet the biggest challenges we face, and advance our security, prosperity, and values. This is the crux of that team,” Biden was quoted by the transition team.

“These individuals are equally as experienced and crisis-tested as they are innovative and imaginative. Their accomplishments in diplomacy are unmatched, but they also reflect the idea that we cannot meet the profound challenges of this new moment with old thinking and unchanged habits — or without diversity of background and perspective. It’s why I’ve selected them.”

Thomas-Greenfield served in Liberia between 2008 and 2012 as the 43rd U.S. ambassador to the oldest West African country.

While attending the official inauguration of the center earlier this year in Margibi, she expressed her love and patronage for Liberia and its people.

Both the Ellen Johnson Sirleaf Foundation and the presidential center have congratulated Thomas-Greenfield for the “well-deserved honor.”

The former Liberian president described the U.S. envoy as “an accomplished diplomat, a tireless advocate for gender equality, a champion of close ties between the United States and Africa, and a personal friend.” Sirleaf said Thomas-Greenfield’s nomination would serve as inspiration for women around the world who aspire to ascend to the highest levels of diplomacy.

The release issued by the transition team also indicates that the career diplomat is returning to public service after retiring from a 35-year career with the U.S. Foreign Service in 2017.

“From 2013 to 2017 she served as the assistant secretary for the Bureau of African Affairs, where she led the bureau focused on the development and management of U.S. policy toward sub-Saharan Africa,” it said.

It noted that prior to her new preferment, she also served as director-general of the Foreign Service and director of Human Resources between 2012 and 2013, leading a team in charge of the State Department’s 70,000-strong workforce, among others.

Her distinguished Foreign Service career also includes postings in Switzerland, at the U.S. Mission to the United Nations, Pakistan, Kenya, The Gambia, Nigeria, and Jamaica.

Sharing
Tags Linda Thomas-Greenfield
Contributions to The Bush Chicken are not tax deductible.