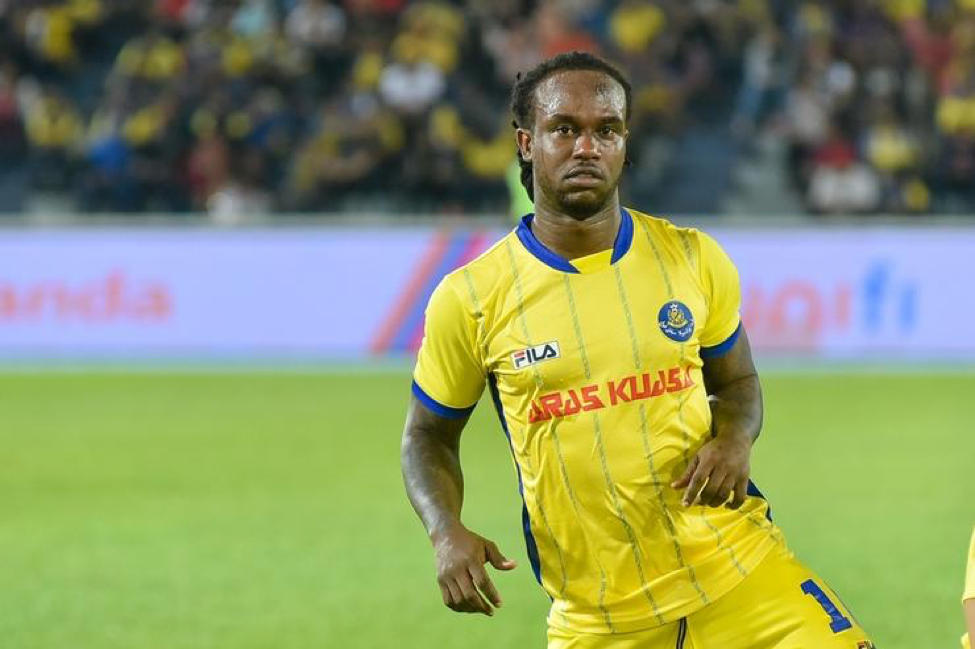 Veteran Liberian striker Francis Forkey Doe continues to wow his critics in the ongoing Malaysia Super League. From three appearances, the 32-year-old striker has managed to score five times, with two of his goals being game winners for his new club Pahang FA.

Doe ensured that his side continued their beautiful start to the 2018 Malaysia Super League when he scored twice over the weekend to earn an easy 4-0 win over his former employers, Negeri Sembilan. The Lone Star striker scored in the stoppage time of the first half to add to a 27th minute opener from Brazilian striker Patrick Dos Santos Cruz as Pahang went to the break with a comfortable 2-0 lead.

As a result of Doeâ€™s antics, a club that finished 8th on the 2017 Malaysia Super League log is now seated second on the 2018 table with 10 points from five games. Pahang has won three, lost one, and drawn one from their five games played, with Doe scoring key goals to help the Elephants maintain their fine form in the league.

When Doe scored just 10 goals in more than 20 appearances for Selangor during the 2017 season, there were doubts over the strikerâ€™s goal scoring capabilities. He nearly missed out on securing a deal with a new club in Malaysia after being released by Selangor at the end of the 2017 season. Up to the opening day of the Malaysian Super League, Doeâ€™s hopes of continuing his playing career in Malaysia were in limbo until he secured a late deal with Pahang FA.

The 32-year-old might have been overlooked by the clubs that are in the market for young strikers, but from his first three games in the Super League, Doe has shown that he is far from retirement.