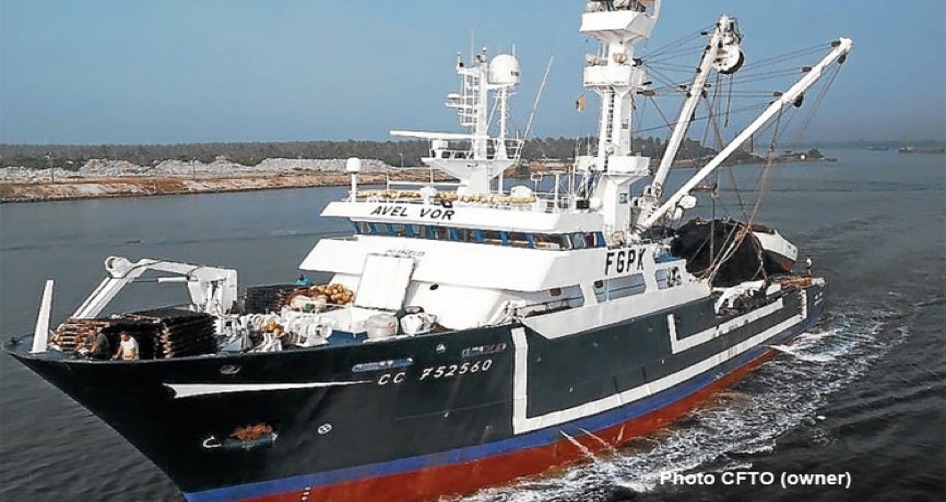 NaFAA reported the sinking on Nov. 6, noting that the event occurred about 180 nautical miles into the ocean.

â€œThe vessel was on its way to fishing when an unidentified underwater object struck the vessel,â€ the agency said.

NaFAA said 23 crew members, including 10 Frenchmen, and a fishery observer were on board the vessel and were rescued by three other vessels.

The fisheries agency said the hull of the vessel was breached, allowing water to flood into the engine room.

â€œThe vessel pumps became incapable of controlling water ingress, and as such, the captain of the vessel ordered his 23 crew members to abandon the vessel,â€ the statement read.

â€œEntry report received by the Fisheries Monitoring Center of NaFAA further revealed that 20,000 kg of tuna and tuna-like species were on board the vessel.â€

NaFAA said the vessel, which had sailed from Abidjan in nearby Cote dâ€™Ivoire, took two days to slowly sink before it was not traceable by radar.

Featured photo courtesy of the National Fisheries and Aquaculture Authority