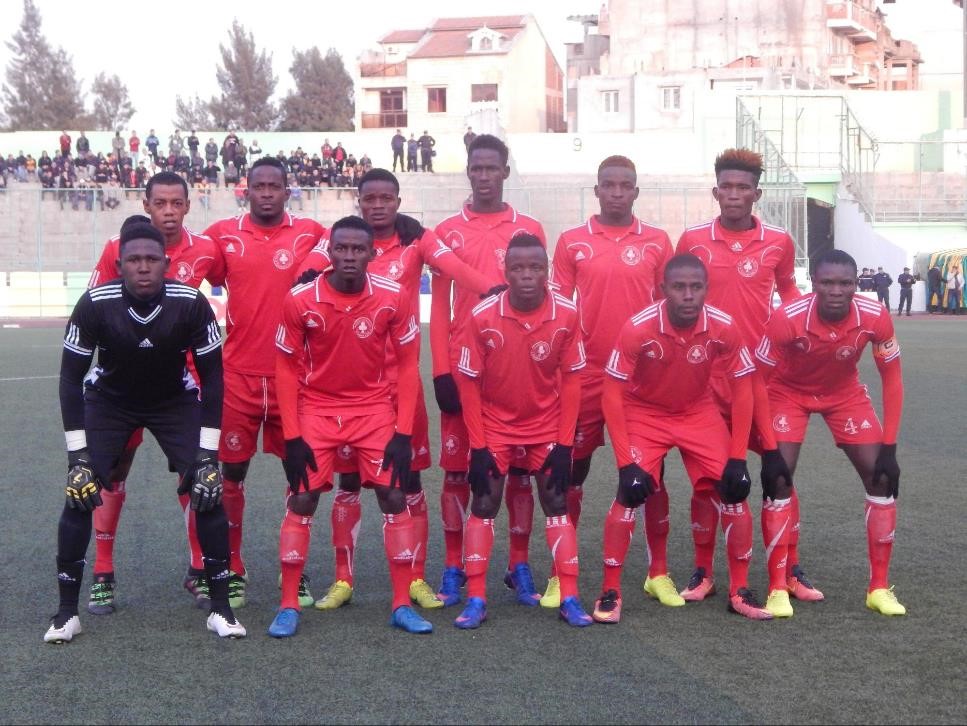 ALGIERS, Algeria – Liberian football followers received one of their most shocking results over the weekend when Liberia’s CAF Confederation Cup representatives were thrown out of the competition with a 4-0 defeat to Algerian side JS Kabylie in Tizi Ouzou, 90 kilometers away from the nation’s capital, Algiers.

Monrovia Club Breweries had defeated the North African giants 3-0 in the first leg played at the Antoinette Tubman Stadium in Monrovia and had a good chance of reaching the next round.

However, it was a different story after the Liberians failed to defend their three-goal lead away in a match that the North African dominated.

Football fans and pundits might have heavily criticized the players for their poor display in Algeria, but their assessments would be fair if they also blamed the teamâ€™s poor traveling plans and the lack of preparedness for the frigid weather conditions.

Unlike Barrack Young Controller that arrived in Mali almost a week before playing against Stade de Malien in the return leg of the CAF Champion League preliminary qualifier, Club Breweries arrived in Algeria just less than a day before meeting their opponents.

The Beer Boys departed from Liberia on Friday, Feb. 17 for Ghana where they waited in transit for seven hours before boarding a seven-hour flight to Turkey. The team arrived in Istanbul on Saturday at 4:20 a.m. and had to wait until 12:30 p.m. for their flight to Algeria, arriving at the Houari Boumediene Airport in Algiers at 4:15 p.m.

Altogether, the journey from Liberia to Algeria consisted of 13 hours of flight time and 16 hours in transit in Ghana and Turkey. However, the only meals given to the players was the food being served on the planes.

Due to delay from the Algerians at the airport, the team arrived at their hotel two hours after their arrival time. They were promptly served a meal and given 30 minutes of rest before being driven to the stadium for a training session that lasted for more than an hour under a very cold weather.

After the training session, Breweries head coach Francis Sarploh appeared confident of a better showing of his players during the game despite the long journey and a temperature of 3â„ƒ. He said, the journey may have a toll on the players, but following the training session, he was happy with their approach and expected them to carry on during the match.

The hopes of the coach and his players were dashed in limbo after bowing to a 4-0 score line. A double from Mohammed Boulaouidet and a goal each from Koceila Berchiche and Bilal Mebarki were enough to send the Algerians to the next round of the competition with a 4-3 aggregate win.

In their effort to grab qualification to the second stage of the competition, Kabylie made some key changes from the side that lost 3-0 to Club Breweries in the first leg. There was no place for goalkeeper Malik Asselah, who gave away two goals, while left back Lamine Medjkane, who was very instrumental in the first leg, was also dropped to the bench.

Unlike the first game where Kabylie looked very poor, they showed they were eager to get qualified with brilliant football played in front of home crowd.

The Canaries dominated throughout the match with a style of fast play and perfect ball coordination.

The 14-time Algerian league champions opened in the 22nd minute from the penalty spot through Mohamed Boulaouidet before getting their second in the 26th minute through Koceila Berhiche. Berhiche scored with a left-foot shot from within the Breweries’ penalty area after receiving a ball from Bilal Mebarki from the right.

Two goals up, the Algerians looked relaxed as they played the ball around, preventing Club Breweries from making any major threats.

Breweriesâ€™ only shot at goal came right in the 45th minute through their captain Marvin Blapoh, whose shot was easily saved by Kabylie goalkeeper, Abderrahmane Boultif.

The Liberians went to the first half break down with two goals with the hope of preventing Kabylie from scoring again to end the match with a 3-2 aggregate win.

Again, the North Africans returned to the pitch with much pressure in their search for their third goal to level the goal aggregate. It was Boulaouidet that set the stadium ablaze in the 62nd minute after scoring his second of the match.

Mehdi Benaldjia made his way through Club Breweriesâ€™ defense from the right side and crossed the ball to Boulaouidet, who was not too far away from the goal line.

With the score at 3-0 and aggregate set at 3-3, Kabylie ensured they would avoid a penalty shoot-out by adding the fourth goal of the match. They registered the match’s fourth goal in the 73rd minute with an 18-yard shot from Bilal Mebarki that beat Club Breweriesâ€™ shot stopper, Abdulai Koulibaly.

From three goals up to 4-3 down on aggregate, it was Club Breweries that was eager to get a goal to take the match to the spot kick. However, they failed to get near Kabylie’s net, allowing goalkeeper Boultif to have free time in goal without a major threat.

Already up with four goals, Kabylie kept control of the possession as Breweries got more frustrated with the lack of scoring opportunities.

The score remained at 4-0 until the sound of the final whistle and Kabylie went wild in their celebration with fans while Breweries paid for their poor traveling plans.

Coach Francis Sarploh blamed the long flight and the weather for his teamâ€™s poor performance. The triple title-winning coach said if his team had rest enough, they would have avoided such a score. â€œWe did not perform the way it was expected of us. We could have done better if weâ€™d have had good rest,â€ he said. â€œThe long flight affected the team a lot. Upon arriving in Algeria, we had just an hour to rest before theÂ training session. To a very large extent, the weather too played a major part. If we had reached here earlier, we would have adjusted aÂ bit to the weather here. Like the way BYC arrived in Mali earlier for their match against Stade de Malien, we would have made the difference if we had done the same.â€

He apologized to the fans for the result and has called on them to keep supporting the club.

â€œThe fans have been behind us,â€ he added. â€œCertainly, they wonâ€™t be happy about the way we pulled out of the competition. We apologize to them and assure them that next time, we will do better. We hope they keep supporting us.â€