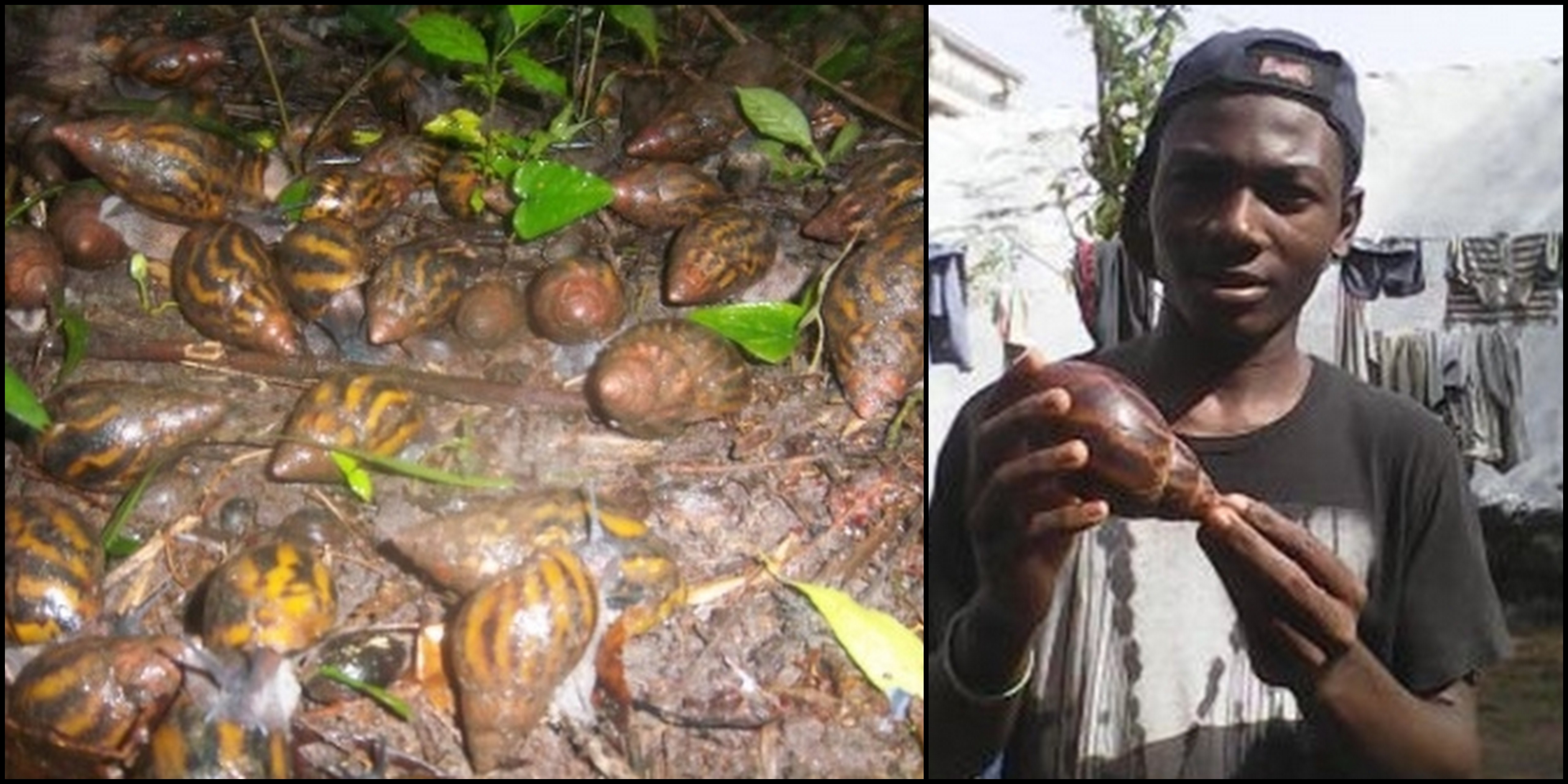 The proprietor of Weedorâ€™sÂ Farm, DaveÂ Weedor said, even though a snail farm might be an unfamiliar concept in Liberia, it will mark the beginning of a larger agricultural investment that he is undertaking.

â€œThe snail farm that I have now is an idea I thought about when I was in the Gambia. When I arrived in Liberia [and saw] all the opportunities, even with the little capital I had, I decided to do it,â€Â  WeedorÂ told The Bush Chicken.

He returned to the country two years ago after living in the Gambia as a refugee and is now involved in agricultural activities.

He said as a citizen, agriculture is his way of contributing to the development and rebuilding of his country.

According toÂ Weedor, Liberia has fertile soils and other natural resources, and he has taken advantage of this opportunity to help contribute to food security for the country.

â€œI see a lot of resources that Liberia has, even more than the Gambia where I stayed for over thirteen years. So I am using the knowledge and skills acquired while in exile to make a change in my country,â€ he said.

Unlike countries like Gambia, WeedorÂ said Liberia is quite different because it is rich in resources and has good vegetation and landscape for agricultural purposes.

â€œIn the Gambia, you see a person with one acre of land that is not even fertile. Yet he uses the yields of peanuts planted on the small parcel of land to support his family,â€ Dave said. A local fence being constructed at the Weedor’s Farm, Photo: Dave Weedor

He also mentioned that Liberia may have fertile land, but it is not being utilized enough for agricultural purposes.

According to him, it is disheartening that the country is still heavily dependent on food imports when it has the right conditions for agricultural growth.

The Ministry of Agricultureâ€™s 2013 food and nutrition survey said Liberia imports 50-60% of its staple food products, which makes the country vulnerable to volatility in global food prices.

He said one of his major dreams is to help promote local food production and make Liberia a food secure country.

WeedorÂ told Bush Chicken that the snail farm is only one of the several ventures he intends to undertake in Nimba.

He has acquired 250 acres of farmland from his grandfather and is aiming to develop the land.

â€œI also have plans to [raise chickens and pigs] but due to capacity and the Ebola outbreak, I am unable to implement these plans right now,â€ he said.

The food and nutrition survey also cited the lack of animal protein in Liberiansâ€™ diet as a primary concern. About 45% of households outside of Monrovia are not consuming a diet rich in proteins. Bobsverskarligu This is worrying because Liberians in general also rarely consume dairy products.

WeedorÂ says he currently receives a little support from YOUNG-Africa, a youth entrepreneurship and empowerment initiative.

He says he lowers his costs by using locally produced equipment and cheap manual labor.

Weedor has already invested about two bags of snails and is expecting to yield at least 5,000 snails for sale this year.

He said the youth should get more involved in agriculture in order to sustain their livelihood and to reduce the amount of food the country has to import.