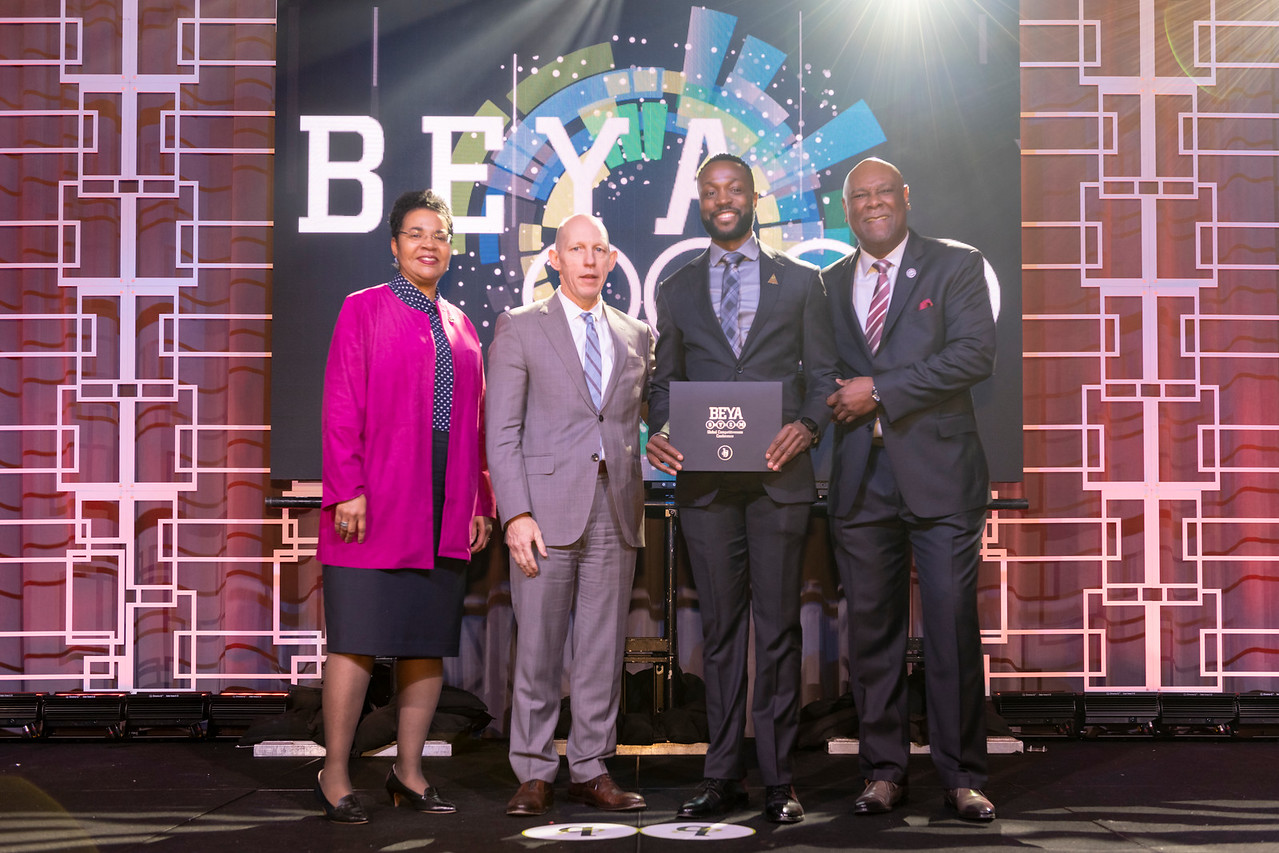 “Small Soldier!” the commander barked. “Yes Sir!” Galakpai replied, standing upright. With no shoes, he stood at attention to salute his superior officer, with his shrill voice conveying respect and submission.

Like his colleagues, he had no choice but to submit unreservedly to the commands of his superior officers though he did not fully understand the soldiering business. How could he? He was only 11.

Yes, Galakpai Mulbah was 11 years old when the National Patriotic Front of Liberia drafted him in Kakata during the civil war. He underwent quick training at Konola and subsequently joined the Small Boys Unit, SBU.

Although Galakpai’s experience in the SBU was stressful and life-impacting, he was blessed in that he was not killed, nor did he kill anyone. The latter possibility would have affected him more negatively than anyone could imagine.

Galakpai was further lucky that his father, Larwuson G. Mulbah, who held a graduate degree in education from the University of Detroit, was working as a Michigan-certified teacher in the Detroit school system. After numerous efforts, Mulbah flew Galakpai to Ivory Coast to join his siblings, including his younger brother, Sumo, and their two sisters, Deddeh and Youngor. Mulbah then flew to Abidjan to arrange for his children to join him in Detroit. To Mulbah’s shock and amazement, this effort initially seemed like a Sisyphean task, but he did not relent. He persevered until his four children joined him in Detroit.

At Michigan Tech, the Mulbah boys studied engineering. Galakpai majored in mechanical engineering while his brother majored in electrical engineering. Upon graduation, they both found jobs. Sumo was employed by Caterpillar, where he still works. Galakpai was employed by Applied Manufacturing Technology, one of North America’s largest independent automation engineering company supporting manufacturers, robot companies, systems integrators, line builders, and users of robotic automation worldwide. He also worked briefly for a French robotic company until he eventually landed a job at Boeing.

At Boeing, Galakpai has become one of the giant company’s shining stars. He has risen to the position of Flight Test Instrumentation Operations lead engineer in the Boeing Test and Evaluation Organization. Of course, this rise was neither quick nor easy. Galakpai proved to be a smart, industrious, and creative engineer. At Caterpillar, Sumo followed a similar path. Thus, beyond their family and friends, they made their alma mater proud. A year earlier, the National Society of Black Engineers recognized the two young men.

At Boeing, Galakpai has proven to be invaluable to the multinational company. Some of his signature accomplishments include leading projects on Boeing’s 787s, 747s, and collaborating with another renowned organization, the National Aeronautics and Space Administration. This was the NASA Tests Green Aviation Technology on the Boeing 757 ecoDemonstrator, two experiments designed to reduce fuel consumption and emissions.  Galakpai currently leads the Flight Test Instrumentation Operations team that oversees the certification of Boeing’s new 777-9 airplane.

Because of his outstanding achievements, Galakpai Mulbah was nominated and eventually voted to receive the 2020 Black Engineer of the Year Modern-Day Technology Leader Award. The award recognizes men and women who continue to demonstrate outstanding performance in science, technology, engineering, and mathematics. It also recognizes the recipient for leadership, community work, and mentorship. The award ceremony was held in February 2020 at the 34th annual Black Engineer of the Year Award STEM conference in Washington, D.C. 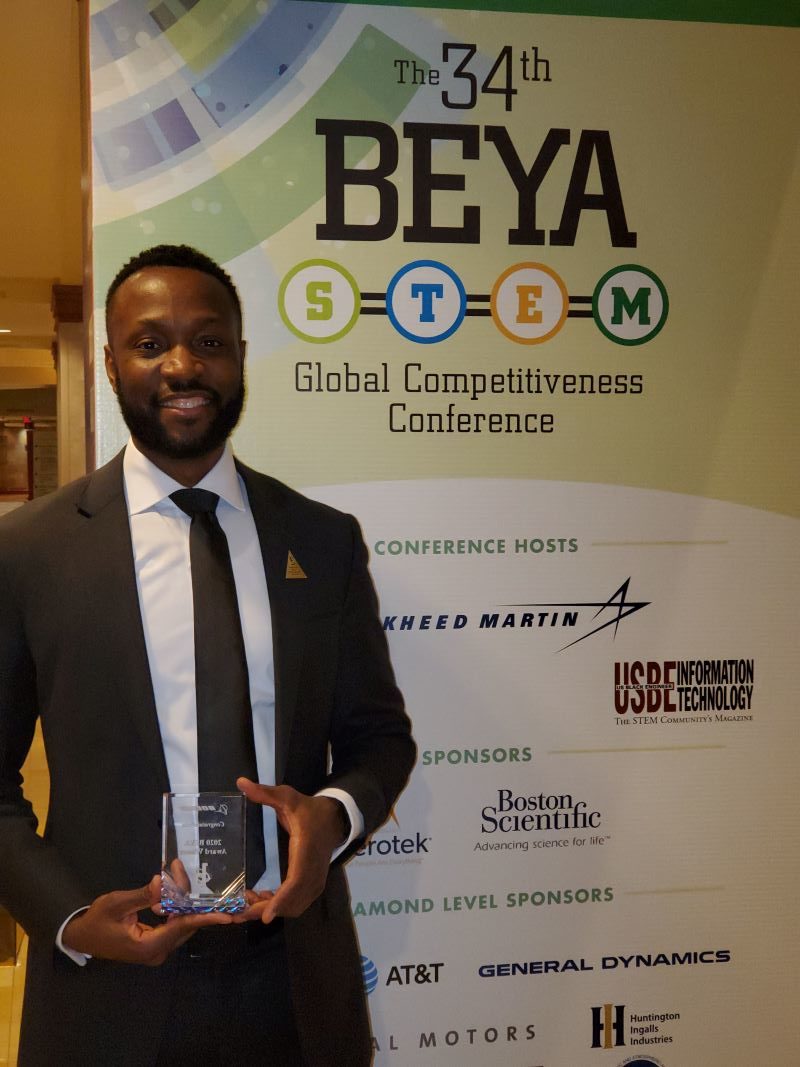 Galakpai Mulbah with his Black Engineer of the Year Award.

Doubtless, Galakpai Mulbah’s achievements at Boeing and the recognitions he has received from his alma mater and the National Society of Black Engineers of the United States bring pride not only to his parents but also to Liberia, his country of origin. Similarly, they are testaments to the young man’s brilliance, tenacity, and industriousness.

To the modest, quiet, and ever-smiling Galakpai, however, this is less about him. Rather, his appreciation is to his parents and, above all, to God, who made it possible for him to go from being a child soldier to lead engineer at Boeing. Similarly, he is ever grateful for his siblings. Incidentally, his sisters, Deddeh and Youngor are doing very well in their professions.

It is our prayer that these young people will not only excel in their professional areas but will continue to be role models to youngsters in Liberia. No doubt, peace-loving Liberians are proud of them. Likewise, in the spirit of full disclosure, I am proud of them for they are my nieces and nephews. We wish them the best in their careers.

Sharing
Tags Galakpai Mulbah
Contributions to The Bush Chicken are not tax deductible.