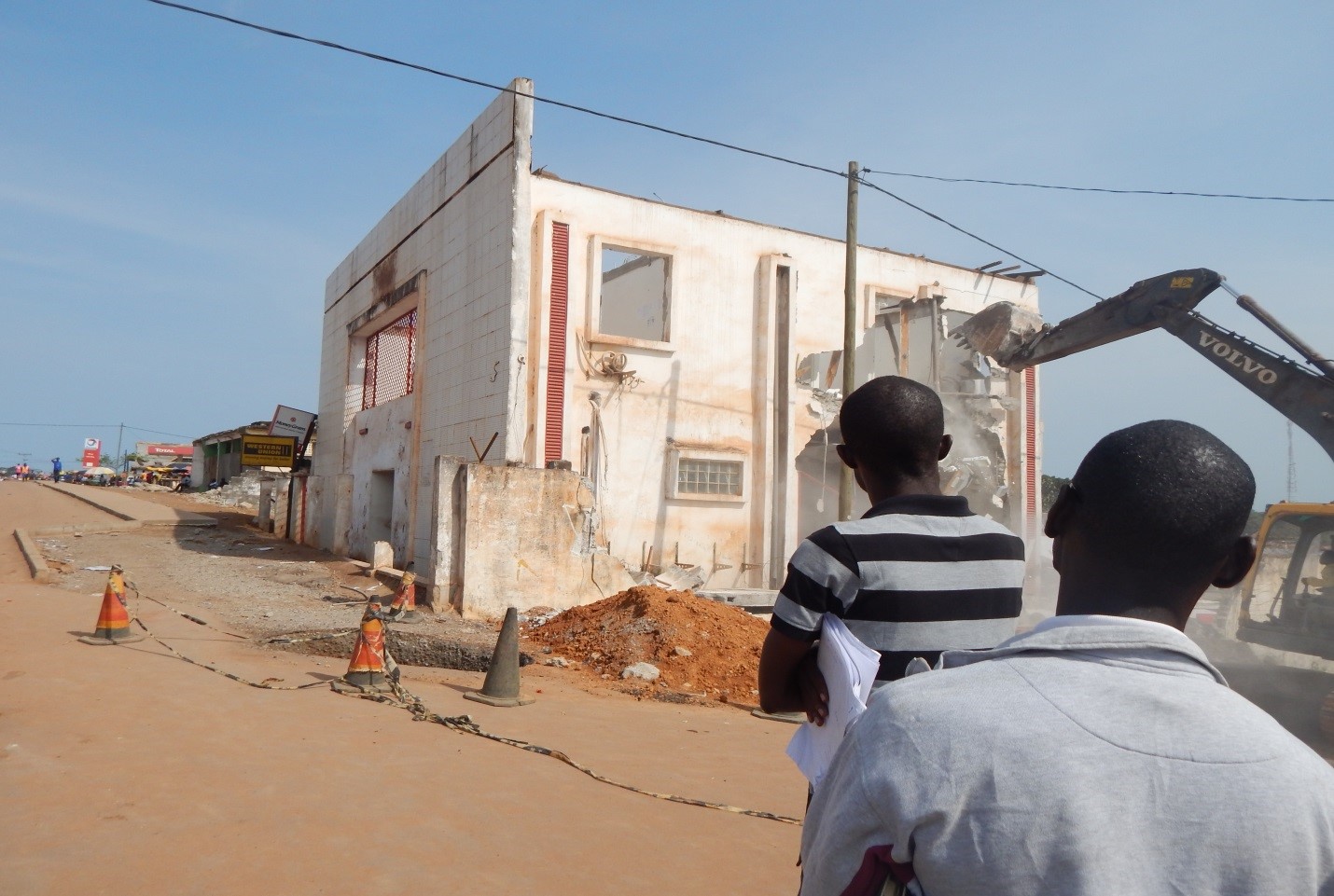 GANTA, Nimba – On Jan. 6th, the Ministry of Public Works commenced a major demolition project in Ganta, destroying several structures on the Ganta Main Street leading to the Liberian-Guinean border.

Both the Ganta House and the United Bank of Africa buildings were part of the demolition. The UBA bank was among several structures marked for demolition by the Nimba County Administration in early 2013. The building was however spared for an unexplained reason, leading many residents to accuse local city officials of receiving bribes from the bank’s management to delay its demolition during those three years.

During the final demolition, Public Works Assistant Minister for Administration and head of the MPW Demolition Team, Ousman A. Kamara,  explained his position.

“We are in Ganta today to demolish all structures in the right-of-way that have been paid for by the government, and the UBA is of no exception,” Kamara said.

Furthermore, Kamara addressed the residents concerns. “The problem we have been facing with the demolition of the UBA bank is the establishment of proper ownership of the spot [where] the building is constructed,” he said. The delay from the Ministry does not mean that the ministry has been bribed to allow UBA to remain where it is. No!”

The Ganta branch of the UBA bank now operates in a temporary structure.

Kamara commended Ganta citizens for participating in the development being carried out in the city and challenged the youth to work toward the county’s reconstruction.

The team from the ministry will remain in Ganta until the entire exercise is complete.