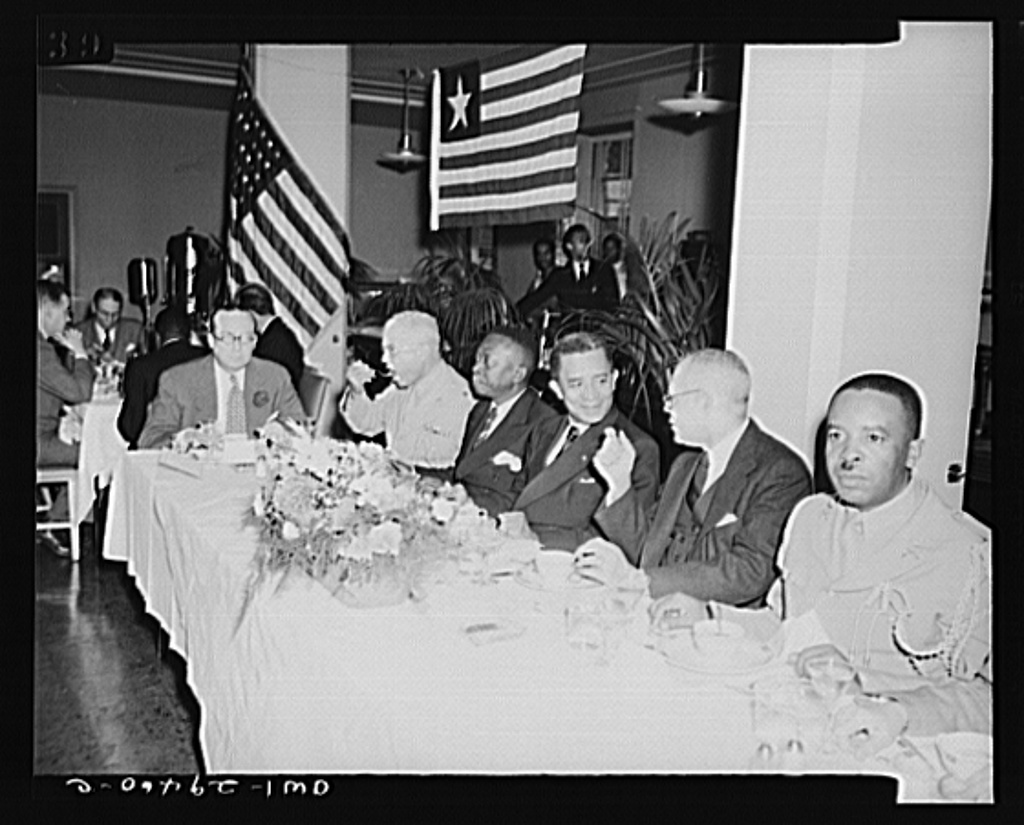 In June, I penned a piece for The Bush Chicken which speculated on the possible ramifications of the rising global prominence of the Black Lives Matter movement for Liberia’s historiography.

Since that time, issues of race and decolonization have maintained great prominence in global discourse. Within these discussions have been numerous evocations of Haiti and exhortations of the successful revolution which ended French imperial rule on the island of Hispaniola. I have been puzzled that Liberia, the other historic black republic, has not been featured in a similar light. However, its non-revolutionary origins provide one strong clue as to why.

Amid this surge of writing, one of the very few pieces I’ve seen appear on Liberia was published by The Grio, a website targeting a black American audience. The work, ‘How American Racism Changed the Map of Africa,’ is authored by Travis L. Adkins, a lecturer at Georgetown University.

Adkins’ central argument is that white American racists were behind the founding of Liberia and that “the majority” of American blacks rejected African resettlement. The first argument is certainly true and the latter probably is. Yet, the acceptability of ‘Back to Africa’ movements are not as easy to categorize as the author’s definitive stance suggests. The only black voice quoted in the piece is that of Frederick Douglass, who notably later considered black American emigration to Haiti.

There were many prominent voices who disagreed with Douglass’ take. Edward Blyden, who arrived in Liberia a year after Douglass uttered the featured quote is the best known. Paul Cuffee, the merchant mariner who died before Liberia’s establishment is another. Other Liberian-American voices include John Brown Russwurm, the governor of ‘Maryland in Africa’ and Alexander Crummell, the Liberia College professor who often sparred with Douglass on the issue of African emigration.

Adkins allows in passing that “some African Americans embraced the idea of being sent to Africa.” However, the piece appears to be confined to Liberia’s initial decades. Certainly by the early 20th century, when improvements in transportation and the diffusion of knowledge made U.S.-African linkages more feasible, the situation was vastly different.

Liberia was the first African country that the famous black American intellectual W.E.B. DuBois visited. His brother-in-law, Lorenz Bell Graham, lived in Liberia for several years.  The founding president of the University of Liberia was J. Max Bond Sr., of the well-known family that also produced Horace Mann Bond (the educator) and Julian Bond (the civil rights activist). Other prominent black American scholars like St. Clair Drake and Benjamin Brawley lectured at the school. Bill Russell, the National Basketball Association Hall of Famer, co-owned a rubber farm in Liberia and considered settling in the country permanently. Nina Simone, the famed singer, resided in Monrovia for several years.

Liberia also played a significant role in post-colonial African state-building, hosting representatives of liberation movements (like Nelson Mandela) and prominently contributing to discussions that led to the formation of the Organization of African Unity and the African Development Bank.

However, it is critical perspectives like Adkins’ that dominate mainstream discussions on Liberia. If the comparative silence around Liberia during this current moment and the focus of his piece are indicators, there will be no substantial reconsiderations of Liberia’s historiography despite the current push to reframe discussions around race.

As I mentioned in my earlier op-ed, it is Liberian academic voices who are leading the way in producing reappraisals. Liberia’s black American settlers continue to be caricatured by American and European commentators as out of their depth in the tropical climate, refusing or unable to adjust to their new realities.

However, to take just one example, it is now more than 15 years since a publication by a Liberian scholar, William E. Allen, encouraged us to reconsider views that deride Americo-Liberians as being uninterested in local foods and agriculture.

Why Does This Matter?

The implication of Adkins’ critical take is that Liberia’s entire history is defined by the ‘anti-blackness’ of the American Colonization Society, presumably fully internalized by the Americo-Liberian leadership. This history, as the country’s controversial national symbols currently show, does continue to exert a negative influence. However, such can be said of the colonial history of virtually all of Africa. Notably, adverse American influences did not end in 1847 and there were commendable attempts by Liberia’s leadership to escape them.

While there is certainly a place for these criticisms, they are the well-trod norms and deserve to sit astride more nuanced claims by those like Allen. Similar critiques of Liberia’s origins and impact on its subsequent governance were leveled by white American academics in the 1960s and pre-war European colonial administrators. The desire to condemn the failures of the American Colonization Society has attained such dominance that it obscures the emotions that independent Liberia engendered among black Americans (and other Africans) for much of the 20th century.

The current social justice climate would seemingly beckon more strongly for a focus on Liberia’s pan-African prominence. This would certainly be an emphasis more beneficial to Liberia, particularly in light of the resounding success that Ghana attained with its Year of Return festivities which targeted diaspora blacks in 2019. Contemporary Ghana is not stained by the legacy of Kwame Nkrumah’s authoritarian governance or perceived as defined by the legacy of British colonial rule. Rather, Nkrumah is a celebrated icon and his pan-African activities constitute a key component of the country’s luster for the Diaspora.

Unfortunately, The Grio failed to respond to my pitch for a piece that would explore Liberia’s significance in the 20th-century pan-African world. Equally, it seems unlikely that the Government of Liberia will dedicate itself to a historical program as its Ghanaian counterpart has done. The bicentennial of the establishment of the settler presence at Providence Island is almost here. It will be interesting to track how further discussions of Liberia’s place in pan-Africanism unfurl and whether Liberia can follow in Ghana’s lead and leverage them to its advantage.