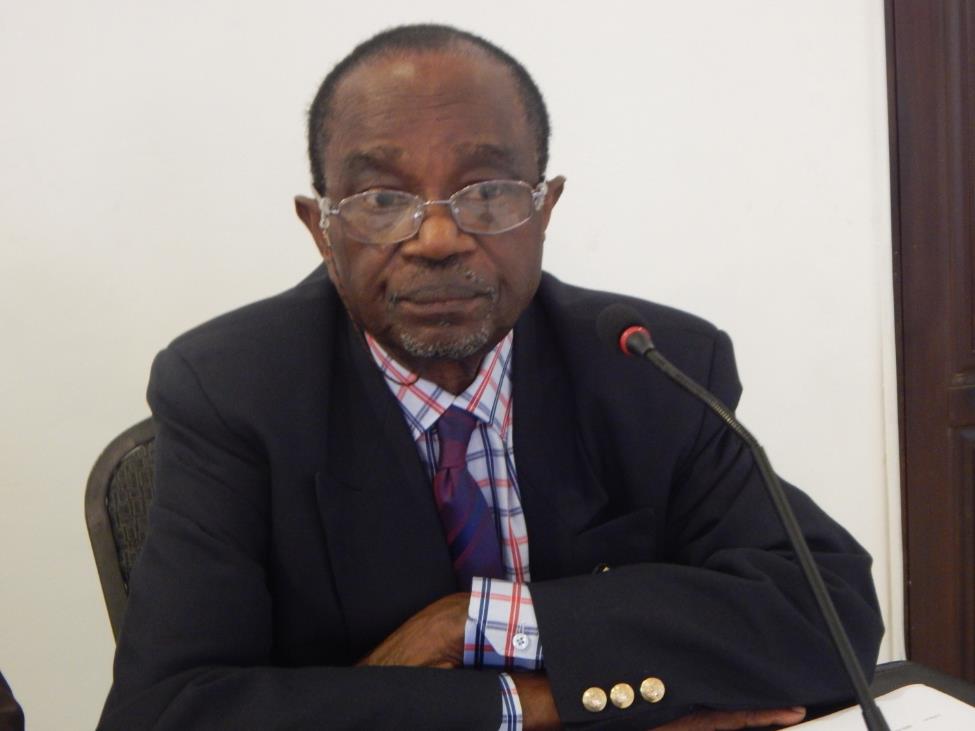 MONROVIA, Montserrado â€“ A member of the Board of Directors of the John F. Kennedy Medical Center says he opposes the presence of PREVAIL on the first floor of the hospital.

The Partnership for Research on Ebola Virus in Liberia, a joint Liberia-U.S. clinical research program, was established in response to a request made by the former Liberian Minister of Health, Dr. Walter Gwenigale, to the United States government during the peak of the Ebola epidemic.

However, Dr. Vuyu Kanda Golakai says because the program has overtaken the hospitalâ€™s first floor, the medical center is restricted in how it can serve its patients especially since â€œthe second and third floors are in deplorable conditions.â€

Golakai says the hospital now lacks the â€œrooms to diagnose diseases,â€ suggesting that the second and third floors were not capable of handling patients.

Dr. Stephen B. Kennedy, the Ministry of Healthâ€™s coordinator for Ebola virus disease research, says Golakai, as a member of JFKâ€™s Board of Directors, participated in all of the discussions that brought the clinical research institution to Liberia.

As an example of Golakaiâ€™s participation, Kennedy says that prior to PREVAIL arriving in Liberia, the institution had established a scientific committee which included experts across theÂ country from all medical disciplines including Golakai. According to Kennedy, they approved PREVAILâ€™s activities in the country. But Golakai says he was the only one on the committee or the board to refuse to allow the organization to take over. Neither men could provide proof in support of their statements.

If PREVAIL refuses to vacate the hospitalâ€™s facility, Golakai vows to seek further means of getting the research program out of the hospital, although he failed to state which specific action he would pursue.

In July of this year, the program began its fourth study. The six-month trial is intended to test treatment for Ebola survivors who still have evidence of the virus in their semen.

â€œPREVAIL is not only involved with the utilization of the first floor of the hospitalâ€™s facilityÂ but is also giving back to the country and institution,â€ Kennedy said, explaining the wider benefit of the research program.

He mentioned that PREVAIL is in the process of setting up a magnetic resonance imaging scan at the facility. The only other hospital with an MRI machine is the Jackson F. Doe Memorial Hospital in Tappita, Nimba.

He said the clinical research program would also bring experts into the country to train Liberians to maintain the equipment and also provide medical supplies to JFK.

â€œAs far as I am concerned, Golakai has not withdrawn from any committee that is part of the clinical research and his statement is unacceptable,â€ Kennedy added.

The JFK administration is unusually restrictive in allowing members of the press to tour the hospitalâ€™s facility. When The Bush Chicken requested a visit to determine the impact of PREVAILâ€™s operations on patients, Amara MohammedÂ Kamara, the hospitalâ€™s head ofÂ communications, refused to grant access.

He acknowledged that the second and third floors were under renovation but declined to say whether patients were being treated on those floors, noting that the â€œtop management of the hospitalâ€ was more appropriate for dealing with such inquiries.