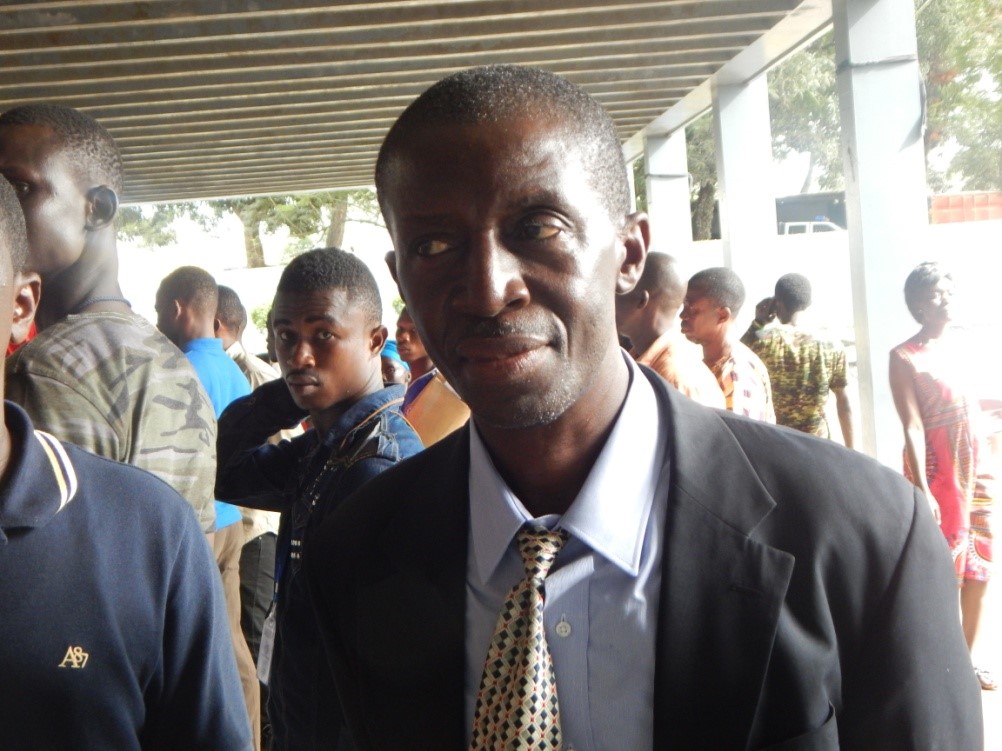 GANTA, Nimba â€“ Since Sen. Prince Johnson pledged his support to George Weah for the Nov. 7 runoff election, there have been mixed reactions among prominent Nimba citizens.

The Movement for Democracy and Reconstruction standard bearer, who placed fourth in the first round of the presidential election, announced his decision on October 26, 2017 at his party headquarters in Congo Town, Montserrado.

Johnson decided to support the Coalition for Democratic Change standard bearer after months of criticizing Weahâ€™s character and abilities.

He had previously said a CDC government would lead to a possible war in the country. But the senator now says he pledged to support CDC because of a decision reached by opposition political parties in Ganta in September of last year, known as the Ganta Declaration.

â€œOur quest for a united opposition for this coming election is to ensure that we unseat this corrupt ruling Unity Party of Ellen Johnson [Sirleaf] and her vice president, Joseph Boakai,â€ the MDR leader told a gathering of 16 political parties representatives then.

However, the prominent human rights lawyer who also hails from Nimba, Tiawan Gongloe, told a local radio station in Ganta that the senatorâ€™s latest pronouncement about his support to CDC is â€œan abuse of the respect and generosity of the Nimba people.â€

He said, making such decision for the people of Nimba requires consultations and respect for the countyâ€™s traditions.

â€œIf he wanted to make such a decision, for the tradition of the peopleâ€¦ [he] is to come back to the people and consult [them],â€ Gonlgoe said. â€œEven we [from Nimba] who are in Monrovia, he never consulted with those of us who are here.â€

Gongloe, who had pledged his own support to the ruling Unity Party, acknowledged Johnsonâ€™s constitutional right to make decisions for himself to decide on whom to support.

â€œYes, he has his individual decision, but he is not an ordinary man,â€ Gongloe said. â€œHe is our leader; [and] in making decisions on a national nature, he should have consulted with us.â€

The veteran human rights advocate has warned his kinsmen not to follow the “unilateral” decision taken by Johnson to support CDC, but rather to vote for Joseph Boakai of the ruling Unity Party. He said the votes of Nimba are not a commodity that is â€œmarketable or transferable that he can package that votes and give it to somebody else.â€

Gongloe added, â€œPeople think that Prince Johnson is so popular, [but] he is not anymore. He put out representative candidates, and they were all defeated. His going CDCâ€™s way will yield no fruitful result for CDC in Nimba.â€

Unlike in the 2005 and 2011 elections where the National Union for Democratic Progress, a now-disbanded political party of Johnson, dominated in obtaining the majority of seats for Nimba in the legislature, the 2017 elections proved to be different.

Only one candidate on the MDR ticket has so far been confirmed winner from the October 10 elections. A potential second may occur, pending a recount of votes in one of Nimbaâ€™s nine electoral districts.

Rep. Samuel G. Kogar, a former member of Johnsonâ€™s NUDP who was elected to the legislature in 2011 from the fifth district, said it is disappointing that his former political leader would pledge support to CDC. Kogar said in his support for CDC, Johnson has disrespected the people of Nimba.

â€œWe felt belittled, we felt overlooked, and felt disrespected by Senator Johnson,â€ said Kogar, who has been reelected for a second term, this time on the ticket of the People Unification Party, after beating back 12 contenders including one from Johnsonâ€™s MDR. Kogar has pledged his support for Unity Party.

He noted that the overwhelming votes received by Johnson during the October 10 polls from the people of Nimba should not be taken for granted. Johnson won 53.5 percent of Nimba, the second most populous county. Unity Partyâ€™s Joseph Boakai took 19.9 percent of the countyâ€™s vote while Weah settled for a third-place finish, with 8.0 percent.

â€œNow that Sen. Johnson is no longer in the race and took fourth place, what we expected of him in Nimba and as Nimbaians, was to come and say thank you first to the people for voting for him, though he did not win,â€ Kogar added.

â€œWe think this is unwelcoming. We are asking all Nimbaians to vote the same way that the Grand Gedeans can vote massively for the CDC to vote for UP,â€ the lawmaker said.

Meanwhile, Rep. Richard Matonekay Tingban, a Unity Party supporter who lost his reelection bid in Nimbaâ€™s ninth electoral district, attributed the senatorâ€™s action to being influenced by â€œsome dollarsâ€ from the Coalition for Democratic Change.