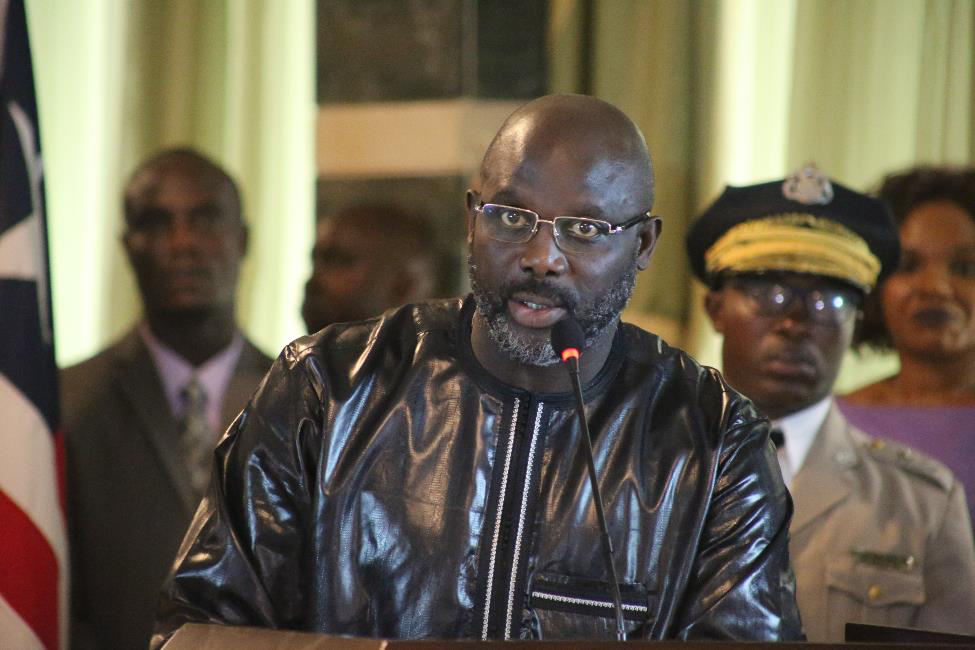 MONROVIA, Montserrado â€“ Ahead of the mass protest expected to take place tomorrow in Monrovia, President George Weah has ordered that all government ministries and agencies must remain open and functional.

According to an executive mansion release, Weah issued the directive on Wednesday, June 5. He said public institutions must continue to open their doors to the public on official working days and hours, including Friday, June 7.

â€œMy office has made no declaration for June 7, 2019, as [a] public holiday; I, therefore, expect that government offices remain open and functional to the public as usual,â€ the release quotes the president.

The release said the government would ensure the maintenance of public order and the provision of essential services to citizens and foreigners residing in Liberia.

â€œI have instructed our security apparatus to ensure the protection of the rights of all,â€ he said, calling on public servants to â€œtake note of this order and act accordingly.â€

The Ministry of Education has also notified the public that all public schools are expected to remain open.

â€œFollowing rumors of closures [of] school amid [the] pronouncement of [a] peaceful protest by some Liberians under the banner, Council of Patriots, the minister, Prof. D. Ansu Sonii, Sr. affirms that all schools will remain open for instructional activities as this in no way should hinder the academic activity of the Liberian child,â€ the press release from the ministry said.

After several meetings with stakeholders, it is now clear that members of the pending mass citizensâ€™ assembly will gather on Capitol Hill to present their petition to the government on June 7.

The government affirmed its commitment to providing security for the protesters as both authorities of the justice ministry and organizers of the protest agreed that the assembly point is on Capitol Hill. The parties also agreed that people traveling to the assembly point, from different directions will be granted police protection and unhindered access.

According to the justice ministry, those joining the protest from Paynesville and Congo Town, through Sinkor, will use the 12th street diversion through Jallah Town, while those joining from across the Gabriel Tucker Bridge and Central Monrovia will access the assembly point through Camp Johnson Road and U.N. Drive. The U.N. Commission on Human Rights and ECOWAS are expected to deploy observers to monitor the protest.

The Council of Patriots, which is organizing the protest claims that the protest is meant to call the 14-month-old George Weah-led government to address a number of issues relative to bad governance and the worsening economy.

While protest leaders continue to maintain that the gathering will be peaceful, they have failed to indicate when the protest will end, which has drawn concern from members of the international community, including the head of the United Nations Office for West Africa and the Sahel, Mohammed Ibn Chambas, who expressed concern that Liberiaâ€™s security forces might not be well equipped to handle a protest that lasts for multiple days.

Meanwhile, given the countryâ€™s history with past protests, especially the infamous Rice Riot of April 14, 1979, there is growing anxiety among citizens that the June 7 event could have a negative outcome. Also, adding to the fears is the uncertainty about whether the protest can truly stay peaceful.

On Monday, June 3, the U.S. Embassy in Monrovia alerted its citizens and U.S. government employees to be on alert for the protest in Monrovia.

The embassy advised U.S. government personnel to avoid the protest area and reschedule flights in or out of the Roberts International Airport on June 7 and 8 to avoid being affected by traffic jams during their travel to and from the airport.

U.S. personnel were also advised to avoid the demonstration environment, exercise caution if unexpectedly in the vicinity of large gatherings or protests, monitor local media for updates, and to keep a low profile.

The European Delegation also issued a statement on Tuesday, June 4, emphasizing the need to ensure that the protest is peaceful, stressing that the country has made great progress in the areas of peace, stability, democracy, and security, since the end of the civil conflict in 2003.

This progress was possible thanks to the sustained efforts of the Liberian people, who cherish and uphold their hard-won peace,â€ the E.U. statement revealed.

The E.U. believes that the June protest can be another moment for Liberians to show to the world that they can express themselves and engage with one another in a free, respectful, and peaceful way.

It said maintaining the peace and stability the country is currently experiencing is the responsibility of everyone, including citizens and the government. It also welcomed the governmentâ€™s acknowledgment of the constitutional right of its citizens to peaceful protest and committed to ensuring their protection.

It also added: â€œIn order to address and resolve the challenges Liberia is facing, inclusive, regular, and constructive dialogue is always the best avenue; a dialogue that enables Liberians to engage each other and work together to build the future of their country.â€