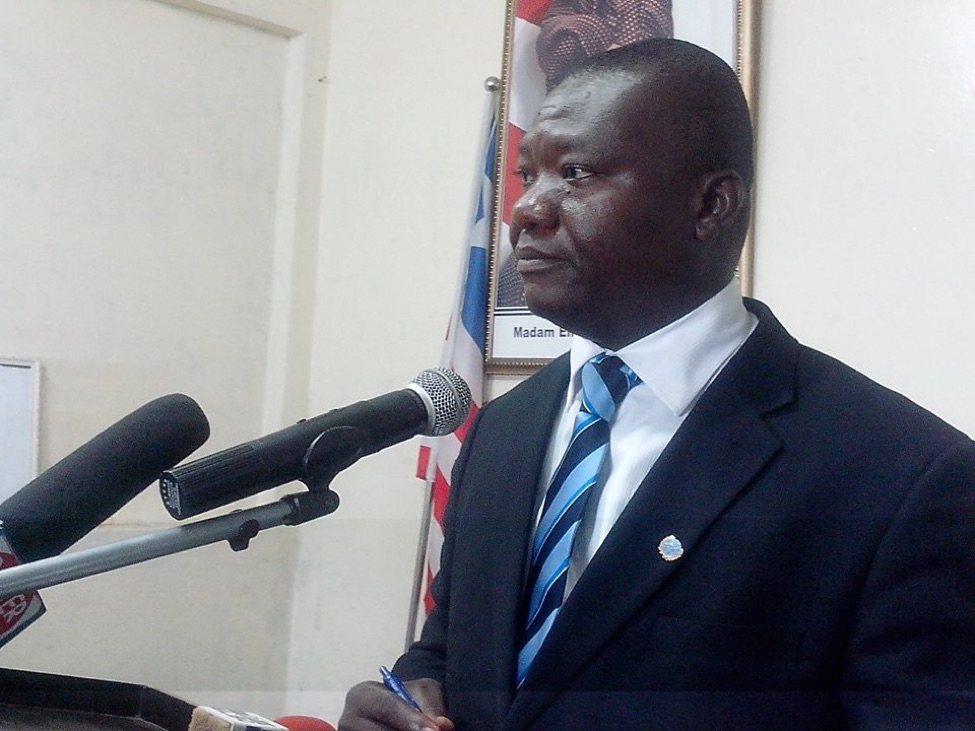 MONROVIA, Montserrado â€“ The Ministry of Justice has denied reports of issuing an arrest warrant for Tolbert Nyenswah, who recently resigned as director-general of the National Public Health Institute of Liberia, NPHIL. It, however, confirmed that it attempted to prevent Nyenswah from leaving the country.

Last week, several media institutions reported that Nyenswah had escaped arrest after the government had apparently issued orders for his arrest in connection to alleged acts of corruption.

The assistant minister for litigation at the Ministry of Justice, Wesseh A. Wesseh, told an OK FM afternoon radio show on Friday that Criminal Court C on Friday, October 18 had issued a writ preventing the former NPHIL director-general from leaving the country. It was just a day after Nyenswah resigned from his position.

According to Wesseh, the courtâ€™s decision followed a request by Solicitor General Syrenius Cephus and Montserrado County Attorney Edwin Martin on the recommendation of the presidentâ€™s Assets Investigative Restitution and Recovery Team, headed by Arthur Johnson.

â€œOn Friday, [the writ] was sent to the Liberia Immigration Service. Iâ€™m aware that there was a writ issued to stop him from leaving the country,â€ he said.

Wesseh said the investigative team has earlier identified Nyenswah as a person of interest in an investigation it is conducting at the public health institute.

According to him, the ministry has begun investigating the circumstance around the issuance of the writ as well as the circumstances under which the former NPHIL director-general left the country.

â€œThe immigration, they are doing their own internal investigation. And we ourselves too doing out own investigation to know whether or not the writ was issued or what happened at the time it was issued,â€ he further disclosed.