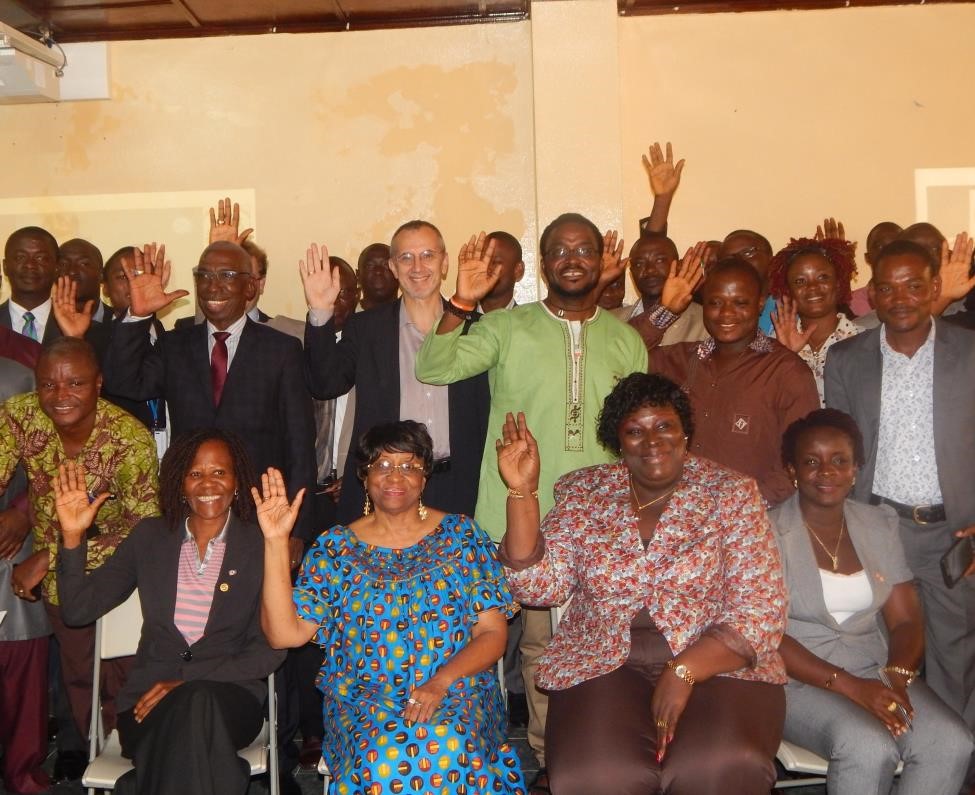 MONROVIA, Montserrado â€“ The government of Liberia has formally launched Sustainable Development Goal Four, aimed at ensuring inclusive and quality education for all.

The goal is among 17 targets adopted by the United Nations and aimed at achieving global transformation by 2030.

According to the United Nations, enrollment in primary education in developing countries has reached 91 percent, but millions of children still remain out of school.

Delivering a keynote address and officially launching the agenda, Education Minister George Werner said the implementation of SDG Four would mean a new day for education in the country. [Full disclosure: The Bush Chickenâ€™s parent company, Common Sense Solutions, Inc., provides a public relations consultancy to the Ministry of Education]

He said implementing the goal would add a more radical approach to sustaining the gains made in the education sector, adding that the government was already on path with the implementation.

â€œThe Education Sector Plan is carefully aligned with the sustainable goals,â€ he said. â€œWe are happy to have experts among us from early childhood to tertiary education that are making sure that what weâ€™re putting in there as far as implementation is concerned and measurable.â€ Werner cited recent statistics on education in the country indicating improvement in enrollment in schools, reduction in the gap of over-age children and growth in girlâ€™s enrollment.

However, he said there remains a serious need to improve the quality of education. â€œThat begins with teachers because our goal is to ensure quality, relevant, accessible and affordable education,â€ Werner said.

He said while the government was proud of a legislation to provide compulsory education at the primary and junior high levels, leaving out the early childhood education as the actual basis for education is a decision that must be reviewed. â€œThat is the fight weâ€™re having now in terms of how to make it affordable for parents,â€ he said.

He described a L$3,500 (US$35) charge for a student at the pre-primary education level as high, Â but called it a â€œnecessary evil.â€

Werner also said the failure of district and county education officers to allow parents to pay in installments was impeding access to education and causing many young kids to stay out of school. â€œWe must abolish it,â€ he said.

At the moment, Werner said the ministry is working with the World Bank to identify ways to target poor geographic areas to incrementally reduce the fees of pre-primary education in the public schools until it is abolished.

All of these goals, he said, are gradually being achieved through the Partnership Schools for Liberia program, the ministryâ€™s initiative to have eight operators from the private sector run three percent of Liberiaâ€™s government-owned primary schools.

International partners who participated in the launching ceremony praised the government for its commitment to improving the quality and access to education.

UNESCO and World Bank representatives reassured their institutionsâ€™ continuous supports to the implementation of the global agenda. Jallow said his organization would ensure that lifelong learning is included into mainstream education. â€œWe would continue to support that any how we can,â€ he said.

He said the organization would also continue to carry out global monitoring and reporting on individual countries to help respective governments identify their progress.

Speaking to The Bush Chicken briefly after the ceremony, Anderson Miamen, the program director for the Center for Transparency and Accountability in Liberia called the launch of SDG Four in Liberia a worthwhile initiative. He however stressed the need for the government to increase public spending on education.

â€œTo be developed as a nation, we need to prioritize education,â€ Miamen said.

The UN says more than 50 percent of children who are not enrolled in school live in sub-Saharan Africa, while an estimated 50 percent of out-of-school children of primary school age live in conflict-affected areas.

In setting its target, the UN aimed to ensure by 2030 â€œthat all girls and boys complete free, equitable and quality primary and secondary education leading to relevant and Goal-4 effective learning outcomes.â€

In Liberia, legislating free and compulsory primary education has not actually resulted in free education. Rather, families are still expected to pay compulsory fees which are classified as Parent-Teacher Association fees. The rarity of free primary education in government-owned schools contributed to the excitement over schools participating in the Partnership Schools for Liberia initiative, which were truly barred from charging any fees.