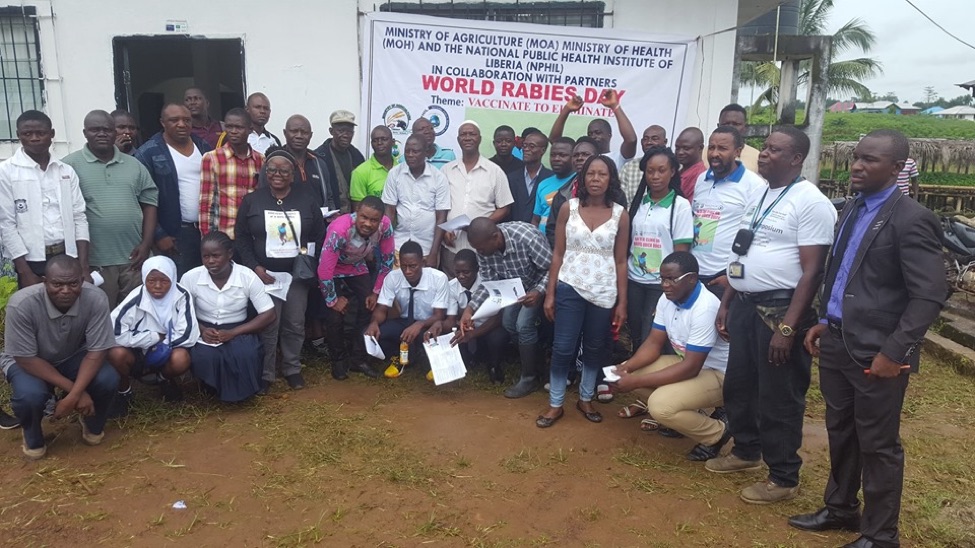 KAKATA, Margibi â€“ Liberia is joining other nations around the world to commemorate International Rabies Day by administering free rabies vaccines to cats and dogs in Margibi, Montserrado, and Lofa.

The campaign, which is being carried out by the Ministry of Health, the National Public Health Institute of Liberia, and the Ministry of Agriculture, will take place from September 24 to October 4.

The celebration was officially observed in Kakata, Margibi under the theme â€œVaccinate to Eliminate.â€ The event was part of a global health observance since 2007 to raise awareness about rabies and bring partners together to enhance prevention and control efforts worldwide by 2030.

Margibiâ€™s county inspector, Kpakanay Gbankpala, hailed the government and its partners for the campaign, saying the free rabies vaccination was helpful, as many citizens could not afford to vaccinate their pets.

Gbankpala called on county residents to avoid blaming witchcraft when their pets become sick and behave abnormally, â€œas [it] might be rabies that causes them to misbehave.â€

â€œSo, take advantage of the vaccine for your dogs,â€ he said. 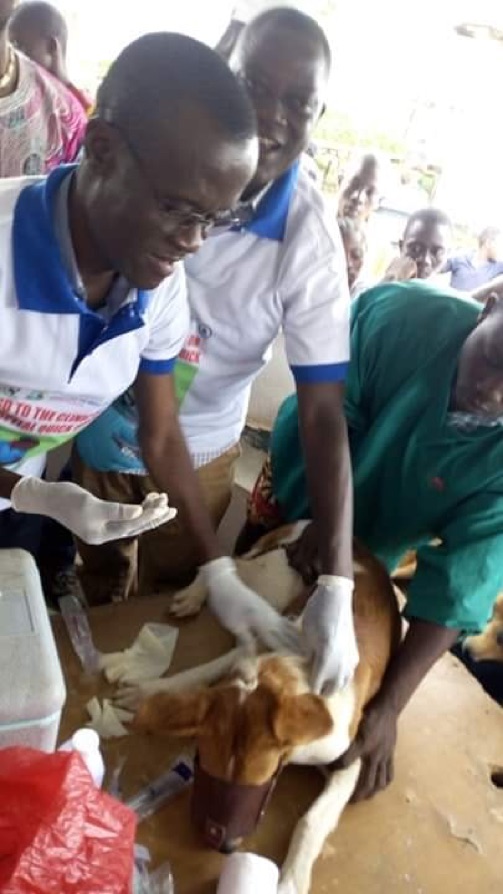 Making a special remarks for the U.N. Food and Agriculture Organization, a health technical adviser for the organization, Albert Harries, said FAO supported the governmentâ€™s push to vaccinate almost 2,000 dogs around Monrovia.

Harries said the campaign was targeting Margibi, Lofa, and Montserrado because those counties have reported confirmed cases of rabies. He said the organization will also partner in other counties to ensure that the country is free of rabies.

As part of its leading efforts, Harries said the organization procured 3,000 doses of vaccines for this yearâ€™s campaign.

â€œFAO has assisted the government to develop a five-year elimination action plan for rabies in Liberia, plus a well-equipped state-of-the-art laboratory for testing rabies and other animal diseases,â€ he said.

â€œFAO is committed to supporting the Government of Liberia through [the Ministry of Agriculture] to promote rabies prevention and control and will remain supportive and actively engaged in the rabies elimination process until it is successfully achieved in Liberia.â€

In a PowerPoint presentation, the disease surveillance officer for Margibi, Leroy Maximore, said Maribi has reported 440 cases of animal bites since 2016. Of those bites, Maximore said there have been only two confirmed deaths.

According to the Humane Society, a 2018 survey indicates that residents of Montserrado and Margibi have little knowledge about rabies.

The World Health Organization describes the disease as zoonotic, making it transferrable from animals to humans. Domestic dogs, which are common in Liberia, are the most common reservoir of the virus, with more than 99 percent of human deaths caused by dog-mediated rabies.

According to global statistics, between 50 to 55 thousands deaths occur annually from rabies virus infections, with the highest number occurring in Africa and Asia with 100 percent death rate in infected patients.