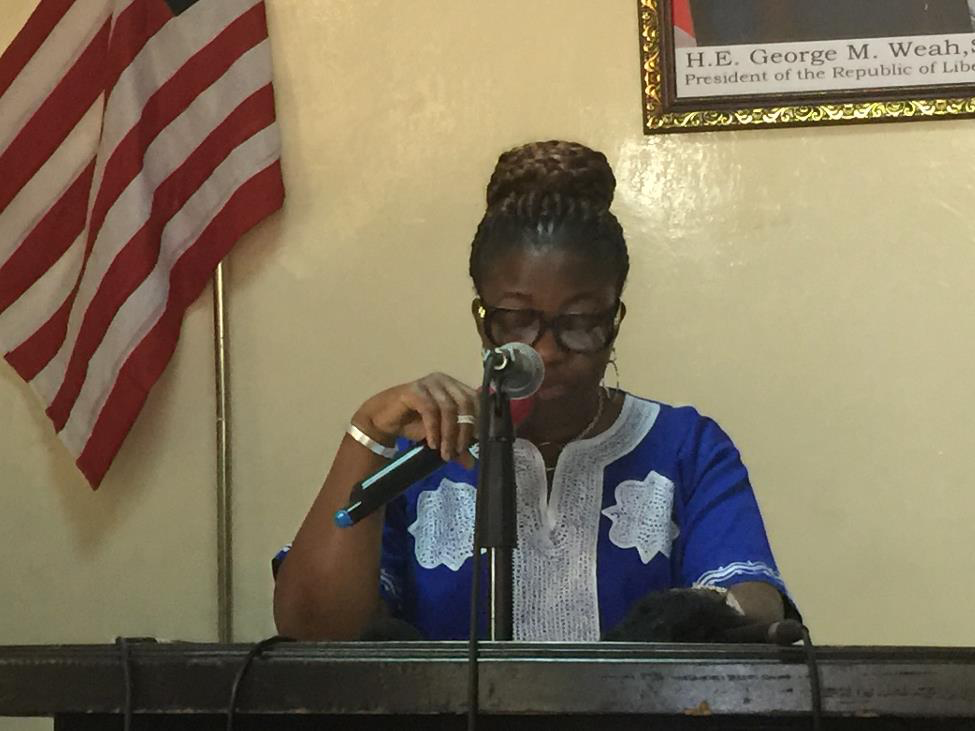 MONROVIA, Montserrado â€“ Gender Minister Piso Saydee-Tarr has provided updates on the governmentâ€™s investigation of the rapes that occurred at More Than Me, noting that the top concern of the Gender Ministry right now is the well-being of the girls.

â€œPlans are underway to see what we can do to make sure these girls receive the needed care,â€ she added. â€œSadly, no records exist at the ministry about the case in 2014 and or what actions the ministry took during the trial of Johnson.â€

She said the investigative team would â€œcheck in with the affected girls about any contacts with Katie or any of her representatives during and after the court trial and whether they have received any assistance, counseling or care otherwise from Katie and the academy.â€

She said the committee is collecting data from the institution on the care given to the rape survivors and making in-depth engagement with the girls to avoid future stigma.

According to Saydee-Tarr, the committee plans to interrogate all More Than Me employees and also subpoena all those who were interviewed in the documentary to appear before the investigative team. Because most of those interviewed for the documentary live in both the U.S. and Liberia, collaboration with American authorities would likely be necessary for this to happen.

Addressing calls by protestors for the More Than Me Academy to be placed under a trustee and for the institutionâ€™s license to operate the 18 government schools to be revoked, Saydee-Tarr said the organizationâ€™s private school would now be placed under a financial manager that would be named later. She noted that the Ministry of Education had also been directed to review the teaching credentials of all teachers at the academy.

She added that More Than Meâ€™s involvement with the Liberia Education Advancement Program, formerly known as Partnership Schools for Liberia, be limited to schools already under its supervision. However, the limit would have no real impact as the Ministry of Education had no immediate plans to expand the program.

One of the major steps taken by the government, the gender minister said, is a request for the Liberian Advisory Board of More Than Me to explain the full details surrounding founder Katie Meylerâ€™s temporary resignation as CEO.

Saydee-Tarr also directed that Meylerâ€™s temporary time away be unpaid and that she remains disengaged from the day-to-day operations of the institution. It is not clear whether, under Liberian and U.S. laws, More Than Me can stop paying Meylerâ€™s salaries due to an issue it has not yet found her culpable of.

She further asked that More Than Me make a full declaration of its assets and allow its financial transactions to be reviewed.

The gender minister also asked that the cellphone records of Meyler, dating to the time prior to and during the incarceration of sexual assault perpetrator Macintosh Johnson, be made available to the investigation team. Moreover, the government is also asking Meyler to make available or give approval to her cellphone carrier in the U.S. to provide her phone records and all audio during her visit to the U.S. when she got the initial call about the allegations of systematic rape at the academy. Of course, calls made via WhatsApp or other internet channels would not be easily tracked by carriers.

She added, â€œWe have information that the U.S. board chair has resigned, but we want to see that the USA board members are invited and queried as a part of the reopened investigation.â€

â€œAdvocacy, especially, in this case, isnâ€™t a war against, but more a war for us and the children. Letâ€™s not be pitted against each other. We are in this together,â€ she said. â€œHow do you transform a rape culture? This is an issue that can only be solved by women and men, boys and girls, our wise elders, our traditional mothers, and fathers.â€

Sharing
Tags Ministry of Education, More Than Me, Partnership Schools for Liberia, Piso Saydee-Tarr
Contributions to The Bush Chicken are not tax deductible.