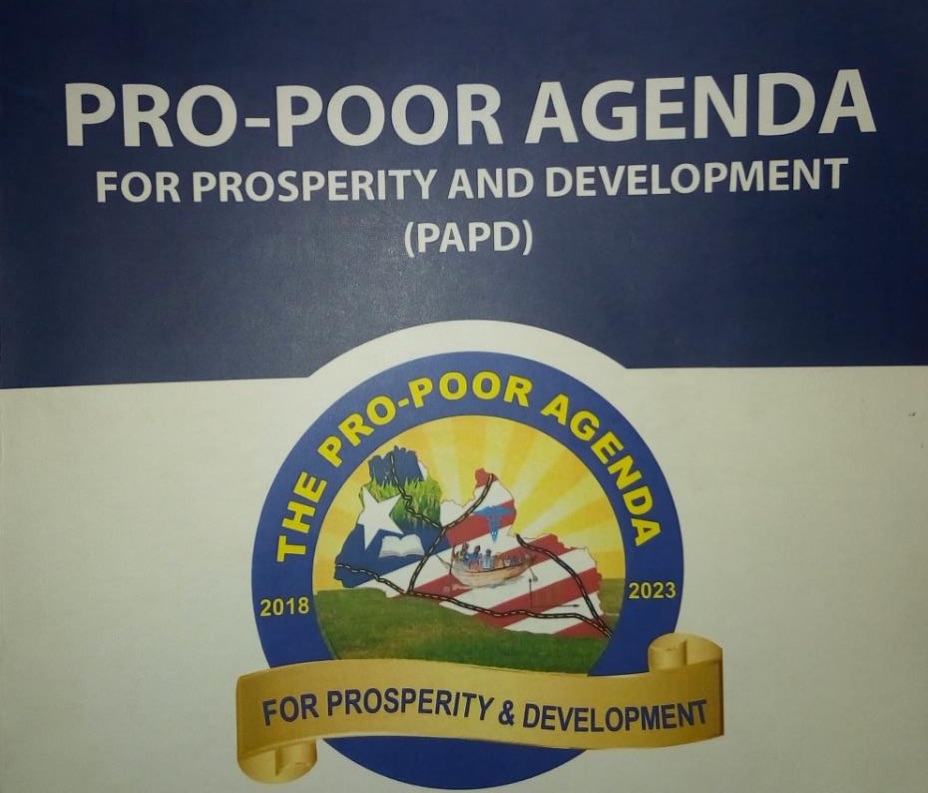 BUCHANAN, Grand Bassa â€“ The Ministry of Finance says it is pushing to ensure that the implementation of the Pro-Poor Agenda for Prosperity and Development is decentralized.

A team headed by the national coordinator of the governmentâ€™s development plan, Benedict Kolubah, recently visited Buchanan where he said the Pro-Poor Agenda would not be successful if people in the various counties do not take ownership to collectively implement it.

â€œSo basically, we are here to sit with the local county authorities, representatives of line ministries, agencies, and commissions of government and the civil society to hear from them how they can better coordinate and successfully implement the PAPD,â€ Kolubah told journalists.

Kolubah, who is the assistant finance minister for planning, said throughout the implementation of the development plan, local authorities would be able to provide feedback to the central government.

He called for Grand Bassa leaders to organize themselves into groups that aligned with the four pillars of the Pro-Poor Agenda to discuss their expectations and means for implementation.

â€œSo, through this, the people of Grand Bassa will discuss as to what they want and what affects them in terms of agriculture, infrastructure, health, and education amongst others,â€ Kolubah said.

The economy and jobs pillar will be headed by Grand Bassaâ€™s agriculture coordinator, Joyce Korvah while the pillar on peace and security will be chaired by the countyâ€™s police commander, Sackor Freeman.

County Inspector Solomon Garkpah will head the pillar on governance and transparency. Meanwhile, Augustine Nimely will lead the power to the people pillar. All four groups will meet once a month and a county level team headed by Assistant Superintendent for Development Flee Glay will meet and forward the outcomes of their meetings to the national coordinator.

However, Grand Bassaâ€™s civil society leaders have noted that the governmentâ€™s delay in providing county and social development funds may prevent the Pro-Poor Agenda from being fully implemented.

The Ministry of Finance owed Grand Bassa US$2,278,250 as of the end of the 2017/2018 fiscal year in funds that have been appropriated for development projects. Civil society leaders contend that the government needs to make that amount available to allow projects to be implemented.

In response, Assistant Minister Kolubah said: â€œI donâ€™t see a problem that we need to find [a] solution for. What I see is a process flow and the superintendent is on top of this. The county development fund is there; they make [the] request, they go through the process. So, I canâ€™t speak to that because I donâ€™t know the specific processes. Maybe somebody submitted [a] document and the document was not correct â€“ it was incomplete, so I cannot lay my hands on that to say this is what we will do. But what I can say is that the Pro-Poor Agenda is alive â€“ itâ€™ll be implemented at the county level, and the government is prepared within the economy space we have to prioritize projects.â€

Kolubah said local authorities should make reports of what they need and how they can implement the Pro-Poor Agenda after their meetings.

Sharing
Tags Benedict Kolubah, Ministry of Finance and Development Planning
Contributions to The Bush Chicken are not tax deductible.