The program marking the college’s fifth commencement convocation was held at the college’s main campus in Payneberry on Wednesday, February 17.

Serving as the keynote speaker was Delores Hogan Johnson, a former state representative from the American state of Florida. Johnson congratulated the students, the administration of the college, and parents for their willingness to ensuring that their students obtained quality education.

She challenged the graduates to be relentless and remain focused to forge ahead in acquiring higher and quality education, as it is the road to human development and the nation’s growth.

“We need better buildings and stronger buildings when you talk about educating your people, but I applaud you for dealing with what you have for training and reaching for even better,” Johnson said.

Johnson asked the graduates to use the education acquired to benefit the entire country and not just their families.

At the end of her speech, the former state representative promised up to 15 scholarships to the college.

Also addressing the graduates was the president of the college, Samuel K. Monwell, who congratulated the parents and students for their intensive studies at the college. He noted that the past year had been particularly challenging – enrollment at the college before COVID-19 was 1,248, but it dropped to 1,064 at the end of the year as many students became financially challenged.

“Even though the challenges are many, we are focused on raising the Grand Bassa Community College to a full degree-granting institution,” he said. “We are waiting on the National Commission on Higher Education to grant us the permit as the registration process is nearly completed.”

Monwell said the institution had already begun recruiting the necessary qualified staff and refurbishing the school’s infrastructure. He added that the college has also acquired 250 acres of land in Grand Bassa’s second district.

“Besides the 250 acres of land that we already have, we have begun an animal husbandry program by purchasing three cows and hope to purchase some piglets in the future to come,” he noted.

He appreciated the county’s leaders for allowing the college to be operated without political interference. However, Monwell called on the government, international partners, and NGOs to assist the college in constructing a proper bridge linking the college to Buchanan to allow for the safer passage of students and staff by vehicles.

The bridge became damaged in 2018 after heavy rainfall and since, the college and community dwellers only raised money to construct a footbridge. Cars and motorbikes are unable to cross the bridge.

To access the college, students must disembark from vehicles at the end of the bridge before walking 20 minutes to the college.

Sen. Jonathan Kaipay of Grand Bassa has said he would lobby his colleagues to include funds for the construction of the bridge in the next national budget. If not, he would not support passing the budget. 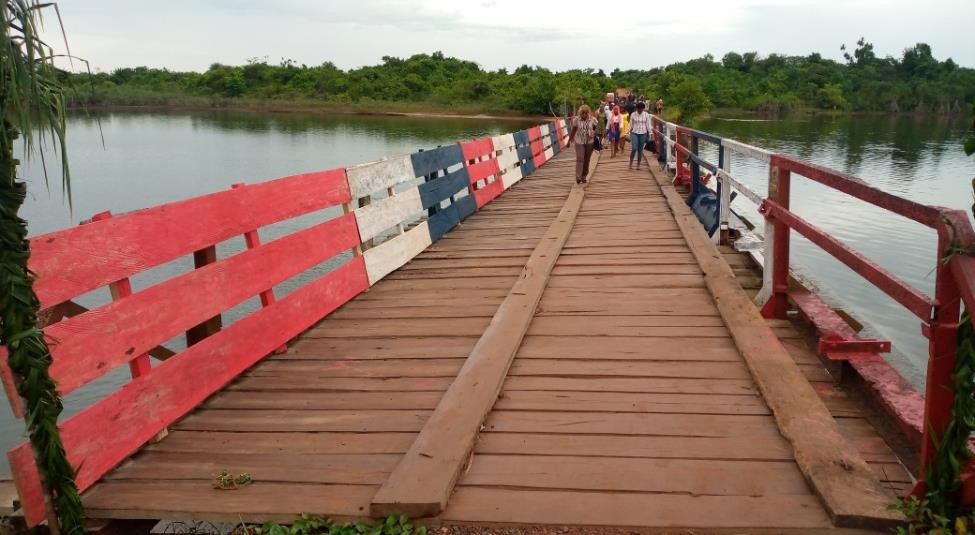 Besides drawing attention to the bridge, GBCC’s president also called on President George Weah to complete the appointment of the Board of Trustees of the college.

Meanwhile, Grand Bassa’s superintendent, Janjay Baikpeh, has called on all concession companies operating in the county to hire the new graduates.

Other guests at the graduation ceremony included members of the Grand Bassa Legislative Caucus, officials of the county administration, representatives of the National Commission on Higher Education, and officials from the Ministry of Education.