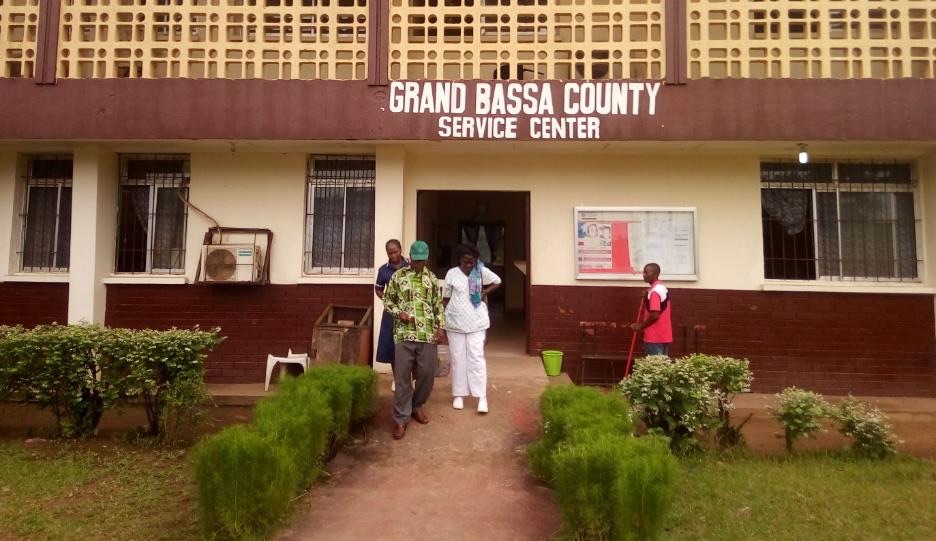 BUCHANAN, Grand Bassa â€“ The coordinator of the Grand Bassa County Service Center, Mac Willie, says the service center has not issued birth certificates for almost a year due to damaged equipment.

Willie appeared on a morning show hosted on Radio Gbehzohn to make the disclosure.

Grand Bassaâ€™s county service center opened on June 30, 2015, under a decentralization program to offer government services to people in the county, ensuring that rural citizens no longer needed to travel to Monrovia to access basic government services. Grand Bassaâ€™s was the first center opened by the Ministry of Internal Affairs, although every county now has a service center.

Donors such as UNDP, the European Union, the United States government, UNMIL, and the Swedish government funded the centers.

There are over 12 government agencies offering services at the Grand Bassa County Service Center. Among the services offered are birth registrations, adjudication of labor cases, issuance of work permits, issuance of contractorâ€™s license and permit, registration of new educational facilities, and deed and lease agreements registration.

The Ministry of Health offers birth certificates at the service center.

â€œWe have had a very serious problem with that ministry to the extent that many times people have come to the center for birth certificates, they have not been able to get it,â€ he said. â€œThis is due mainly to the fact that the equipment to the office got damaged even up to where we are that problem has still not been solved. So, we have not issued birth certificates for over eight to nine months at the service center.â€

Willie said the Grand Bassa County Health Team has already been informed about the situation although the issue continues.

â€œThey have said over and again that they were going to do everything within their powers to make sure the problem is solved, but as I speak to you presently, there is still a problem â€“ that problem has not been solved,â€ he said.

Some rural residents who have traveled from rural parts of the county to acquire birth certificates for their children have been disappointed and seen their transportation funds wasted.

Besides birth certificates, the service center is also not also issuing drivers licenses, according to an employee who works at the center but wished to remain anonymous.

The Ministry of Transport only processes information and forwards to Monrovia. When licenses are completed, they are then sent back to Buchanan. Because of this process, the service center usually waits until requests for drivers licenses accumulate before sending to Monrovia, which can cause a delay for drivers.