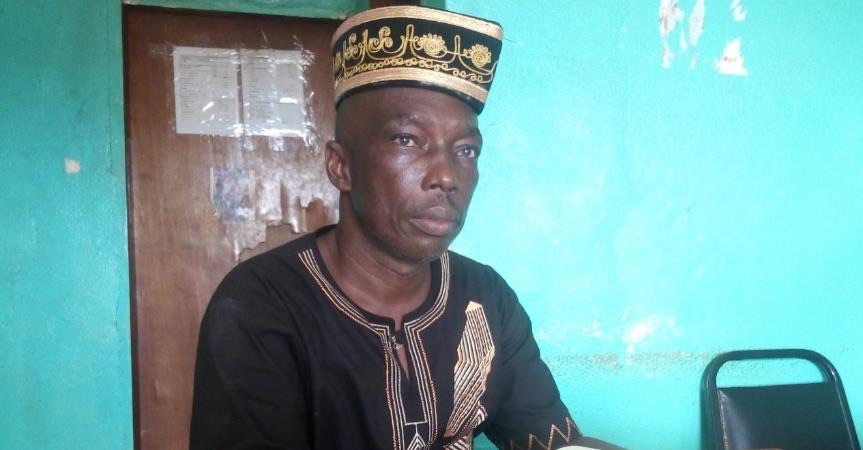 BUCHANAN, Grand Bassa â€“ A statutory district superintendent in Grand Bassaâ€™s first district, Solomon Grimes, is calling on citizens to prioritize agriculture to improve the Liberia economy and increase food security, using his own farm as an example.

Grimes told The Bush Chicken that his call was in support of President George Weahâ€™s vision to develop the agriculture sector, as part of the governmentâ€™s Pro-Poor Agenda for Development and Prosperity.

He said he owns an oil palm farm of 85 acres in Teemor and he encouraged others to also get involved with food and cash crops, such as palm, cocoa, rubber, and pineapples.

He said his move has also already led local communities in the district, including the Mehn-wein, Goezohn, Nyuannie-wein, and Worr-wein clans to begin their own community farming projects, in order to raise funds to rehabilitate their feeder roads. Each of the communities has cultivated up to 125 acres of land to grow cassava and rice, he said.

â€œWe are doing our best when it comes to agriculture. We are encouraging our people,â€ he said. These initiatives, according to him, are being done without the help of any central government office or other external support.

The statutory district superintendent believes that money used to import rice can be diverted to more meaningful activities locally.

â€œWe input rice from all over the world, and I think we use something like many millions of metric tons of rice every year. So, when everyone gets involved, I donâ€™t think we will use that huge amount on rice, in fact,â€ he added.

The local government official also attributed the high cost of rice on the market to its high demand, because almost everyone in the country survives on imported rice.

He promised to make available rice seeds and cassava sticks to anyone in his district that commits to starting their own farm beginning this farming season.

â€œWe are working together to make sure that we connect the roads within the entire district, so, those that want to make farm will come and get seed rice from us,â€ he explained.

He said his office will also make land available for the district to start its own cocoa farm next year, so it can generate funds to implement development activities, to buttress the government efforts. He welcomed investors who were interested in doing business in Grand Bassaâ€™s first district.

In October 2018, Internal Affairs Minister Varney Sirleaf paid an official visit to Grand Bassa and encouraged citizens to invest in the soil, noting the favorable climatic conditions and vast space.

Sirleaf said the government was prepared to support local farming activities, as a pillar of the Pro-poor Agenda for Prosperity Development, through the local county administrations.

He also disclosed that the Ministry of Internal Affairs would activate the Communal Farming Section and was seeking the support of the U.N. Food and Agriculture Organization.

â€œWe are not going to leave the farmers in the wilderness just to farm on their own, we are going to support them,â€ he said.

Although such support has not yet arrived, more local officials in Grand Bassa are currently getting involved with farming.