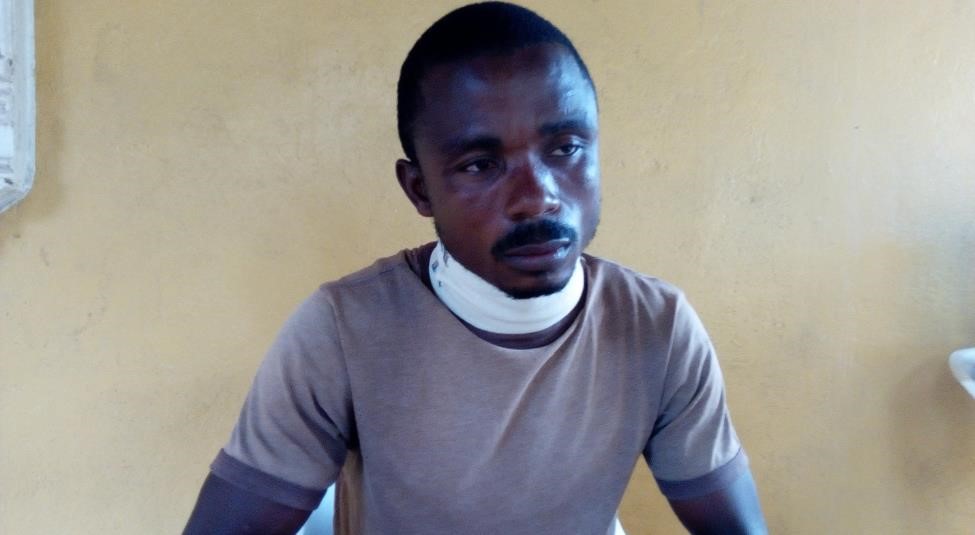 BUCHANAN, Grand Bassa â€“ A 31-year-old man identified as Joel Rodriguet Crisostomo has been charged and detained at the Buchanan police station in Grand Bassa for flogging his driver.

Crisostomo is believed to be an assistant survey manager for UTE Elecnor Eiffage Energie, a company that is implementing the Cote dâ€™Ivoire, Liberia, Sierra Leone, and Guinea West African Power Pool project. On Saturday, he allegedly flogged his driver for eating while on duty.

The Peruvian was invited by police in Grand Bassa based on a complaint filed by his driver, Abraham Jappah, who said Crisostomo beat him while on duty on Saturday, January 12, 2019.

According to Jappah, Crisostomo met him eating and became angry with him.

He said Crisostomo also hit him on his neck, causing him severe pain, which required him to be bandaged.

Jappah said he immediately called the UTE human resources manager to inform him that he was assaulted by his boss and could no longer drive him to the next tower; instead, he would drive him to the companyâ€™s yard to seek medical attention.

Jappah said he also called the security manager who went on the scene and gathered the facts. He said he refrained from attacking Crisostomo because he feared he would lose his job, including all his benefits.

Initially, the company’s guards had denied entry to police officers who had arrived on the scene, Jappah said.

â€œThey say to us, anything that happenÂ in the company, we should not inform any authority; it should be discussed in the yard and when they notice that if you informed any authority, they will fire you,â€ he added.

Jappah said he still undergoing treatment as the result of the injury to his neck. However, he added that the project manager, the human resource manager, and the security manager have all told him that Crisostomo was wrong and needed to apologize to him.

Jappah said the issue is not yet settled as he wants to receive treatment and see his neck return to normal.

â€œI want the government to come to my aid. I want to take better treatment. Now you see my neck in bandage â€“ this morning, my neck cannot turn. I am going through severe pain. I need help right now,â€ he told a team of journalists.

Crisostomo is currently being charged by the Grand Bassa police detachment with simple assault and he is expected to be taken to court on Tuesday, January 15, 2019.