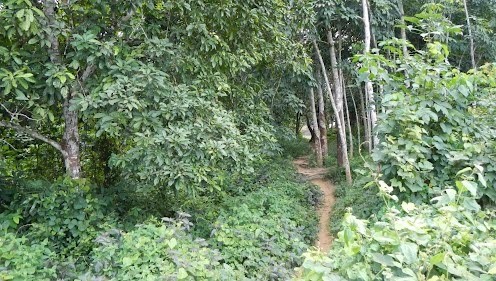 BUCHANAN, Grand Bassa – Police in Grand Bassa launched a massive search for a man believed to be in his early 40s who went missing while receiving treatment at the Liberian Agricultural Company Hospital on Sunday.

Fayiah Kettor, an employee of the Liberian Agricultural Company who works in the factory department, was taken to the company’s health facility on March 22, 2019, after falling ill.

Kettor’s family brought him food while at the hospital on Sunday and after eating the food, he appeared to head to the bathroom. However, after a few hours, nurses at the hospital noticed that his bed was still empty. They became concerned and started searching for him across the facility.

Meanwhile, family members have demanded that the hospital and the company produce their relative.

Grand Bassa’s joint security team is also working to find Kettor’s whereabouts. On Wednesday, police arrested four of the nurses that were on duty and brought them to Buchanan for further investigation. However, those arrested have not yet provided details on how Kettor went missing.

Grand Bassa’s Superintendent Janjay Baikpeh and Rep. Vincent Willie of Grand Bassa‘s fourth district also visited the plantation and called on those linked to cooperate with the police.

“It has been a troubling time for our people. I was in the plantation today and the tension continues to grow,” Willie told journalists after his visit to the plantation. “It is basically with respect to our brother Kettor, who was taken to the hospital as a patient four days ago that got missing. His family members have been demanding the living or dead body of Kettor.”

He called on Kettor’s family to remain calm while the police investigate the situation. If Kettor’s body is found, Willie said an autopsy would be conducted and if anyone is linked to his disappearance, that person will face the full weight of the law.

In a phone interview, the administrator of the Liberia Agricultural Company Hospital, Momolu Johnson, said he said he was on leave and could not properly address the ongoing situation. However, Johnson suggested that Kettor might have fled from the hospital. He has been invited by the police and will also be brought to Buchanan for investigation.

Grand Bassa police commander Sackor Freeman has also assured Kettor’s family that a thorough investigation is ongoing and that anyone caught will be brought to justice.