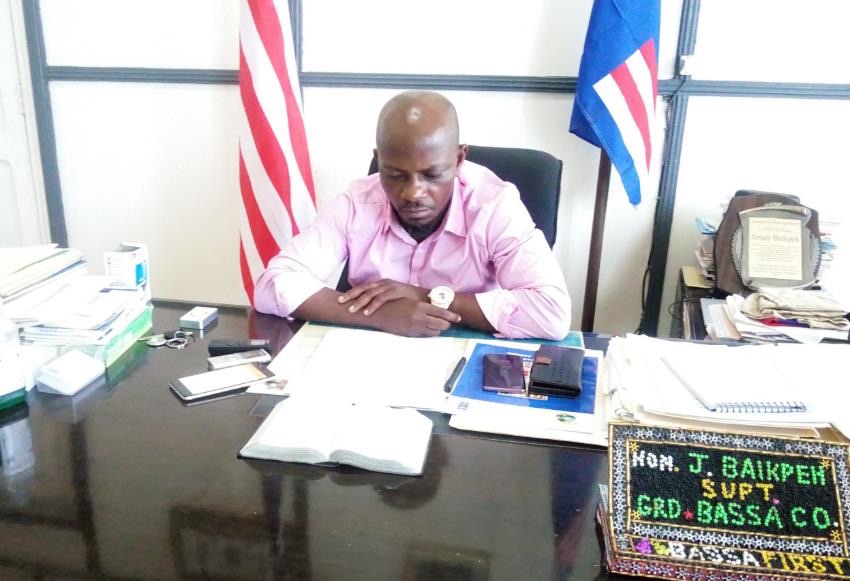 Baikpeh appointed an array of individuals from across Grand Bassa to the Bassa Sports Association with hopes that their leadership would help the county win football and kickball trophies in the upcoming National County Sports Meet.

Othello Railey will chair the group, while Edward Wolloh will serve as vice chairman for administration, Momo P. Harris will be vice chairman for operations, and Jallah Sekpeh will be its secretary-general. Baikpeh also appointed Alzetta Spiller as financial secretary and Aquala M. Paye as treasurer.

The superintendent thanked the past leadership for their level of cooperation during the past county meet that saw Grand Bassa emerging victorious in the kickball category.

â€œI call on citizens and residents to give their total support to the Bassa Sports Association as we did in the health campaign,â€ he said, referring to the fundraising campaign that raised millions of Liberian dollars for the Liberian Government Hospital.

â€œBassa needs to win all of the trophies this year. We won the kickball, football, and basketball trophies before and we can do the same, but that will only happen when we give our support to the teams.â€

The new leadership is expected to begin meeting soon, ahead of the National County Sports Meet in December this year.

Grand Bassa is one of the hosts of this yearsâ€™ tournament, with the Dorris Williams Sports Stadium expected to see the county lock horns with Sinoe, River Cess, and Margibi. Victories counties will then advance to the Samuel Kanyon Doe Sports Complex in January.