WEALA, Margibi â€“ A violent protest initiated by motorcyclists over the gruesome murder of a commercial motorcyclist has led to the vandalizing and burning of several private and public properties in Weala.

Two police stations and a magisterial court were burned on Monday, April 1 as protestors demanded justice for the death of their colleague. 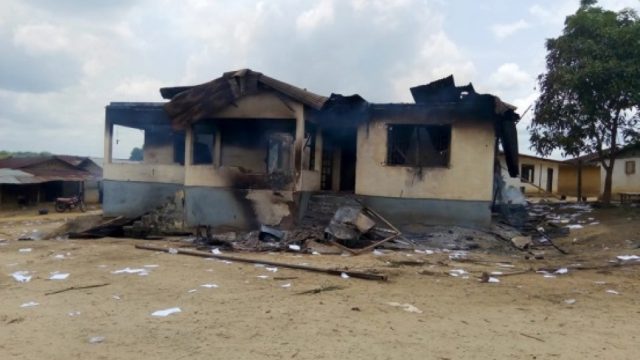 The protesters set ablaze tires as roadblocks in the streets, preventing traffic flow for more than four hours. They also placed a house and a shop belonging a local businessman on fire. Protesters accused that businessman, Steve Tokpa, of masterminding the motorcyclistâ€™s death. 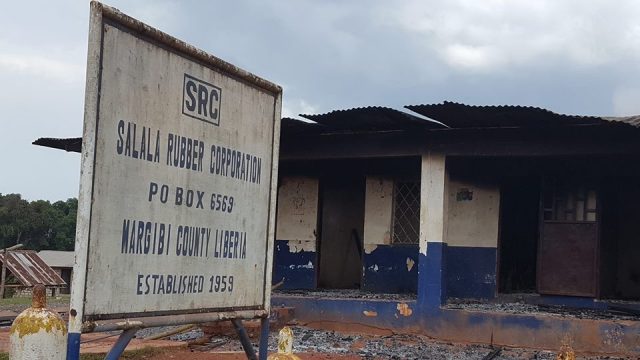 Operations at the Salala Rubber Plantation became paralyzed on Monday as the companyâ€™s security booth was also set on fire.

The incident that triggered the rampage was the death of 21-year-old Moses Wolapaye, who was hired by three men on Friday, March 1 to take them to Gibi District. The men had agreed to pay him L$800 (US$4.91) each instead of the regular L$400 fare per person.

Wolapaye went missing after picking up the men and he was never seen until his body was found a week later.

The decomposed corpse was discovered tied to a rubber tree along the Peter Town-Yarnwelleh route, with body parts extracted. Wolapaye also appeared to have been strangulated to death after a violent struggle.

Wolapayeâ€™s colleagues have named Darius Freeman and Alfred Caine, both residents of Weala, as two of the three men who hired the deceased. A third man remains unidentified.

Days after one of the suspects, Alfred Caine, was arrested and taken to Kakata to face interrogation, police failed to find evidence linking him to the murder. The failure to find any evidence linking Caine sparked the protest.

On March 28, the aggrieved commercial motorcyclists wrote to key stakeholders in Margibi, including Superintendent Jerry Varnie, the police, Rep. Clarance Gahr, and others. They expressed their dissatisfaction over how the case was progressing, accusing local authorities of not doing enough to bring the alleged perpetrators to justice.

â€œLittle or no effort is being exerted in delivering justice from the government of Liberian through the relevant stakeholders,â€ the motorcyclists wrote.

The protesters gave the authorities three days to address their concerns or face unspecified actions.

â€œThat within three days beginning from todayâ€™s date mentioned in our communication, if no serious action is taken by [the] government, our next course of action in seeking justice might not be favorable,â€ the motorcyclists had warned.

Meanwhile, the deputy police inspector general for operations, Robert Budy, said police are working to restore law and order in the Weala and Baypolu following the violent protests.

Budy has expressed his frustration over the burning of the two police stations and the local court, which he said are key to ensuring the rule of law.

He confirmed that more than 100 persons were arrested in connection with Mondayâ€™s violence.