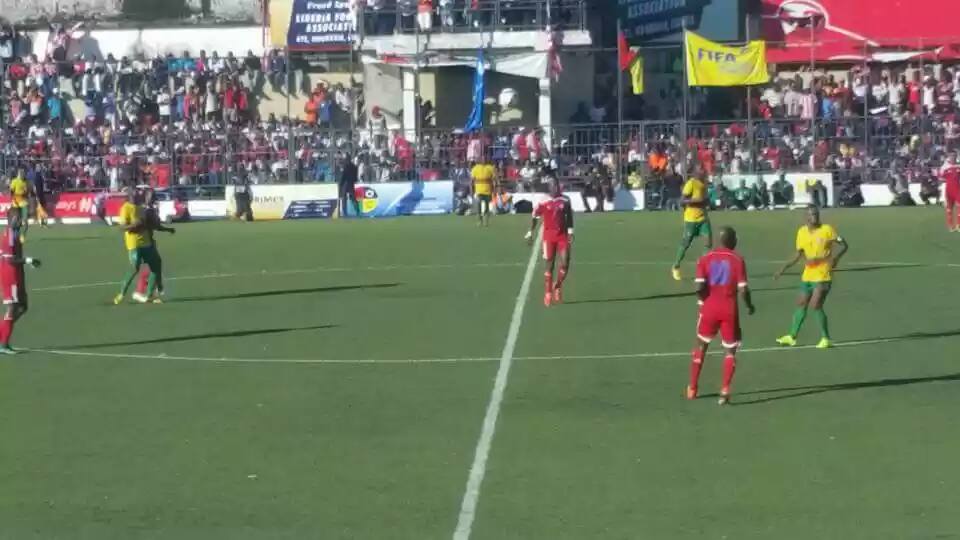 MONROVIA, Montserrado – Liberia’s Lone Star opened its 2018 FIFA World Cup qualifying campaign on a disappointing note after a 1-1 draw with the African Wild Dog of Guinea-Bissau yesterday at the Antoinette Tubman Stadium.

Liberia opened the scoring through Spanish-based striker WilliamÂ Jebor, who scored in a penalty awarded in the 35th minute. The Liberians pushed the ball around and made some good efforts but were unable to convert those chances into goals.

With four squandered opportunities from both Jebor and Francis Forkey Doe, the Lone Star went to break during the half-time with just a single goal lead.

During the second half, Guinea-Bissau controlled the ball most of the time and was an ever-present threat before getting the equaliser through 32-year-old former Rio Ave and FC Porto hitman Malado Anido in the 61st minute.

Fans welcomed Dioh Williams’ substitution for Zah Krangar; but Williams, aÂ skillful dribbler, did not get Liberia closer to the box as he was heavily marked by Guinea-Bissau’s defenders. Monrovia Club Breweries’ midfielder Murphy Oscar DorleyÂ once again showcased his fine form after being introduced to the pitch. His killer passes could see him earn a starting slot soon.

Malaysia-based striker Doe, who scored the lone goal in Lone Star’s 1-0 win over Tunisia on September 5, 2015 was in search of his another goal for Liberia in less than two months but failed in his attempts. He remains a powerhouse for coach James Debbah’s squad,Â which is yet to score more than one goal in a single match.

Jordan-based Michael Macauley was disappointing in Thursday’s game. He was introduced to turn things around for the Lone Star, but his poor touches on the ball made things worse from the middle of the pitch as Guinea-Bissau continued to mount pressure on the Lone Star.

Lone Star will now need a win away at Guinea-Bissau or a draw with more than one goal if they are to get through to the next round of the qualifying campaign.