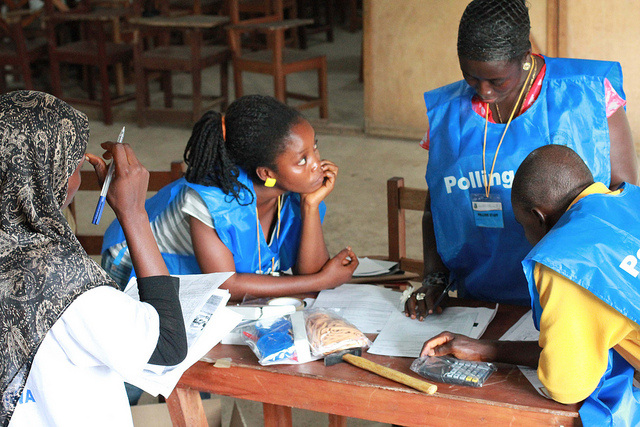 GOMPA, Nimba â€“ As voter registration is set to kick off on Feb. 1 for the upcoming elections, two candidates for representative of Nimbaâ€™s second electoral district are claiming that other candidates are importing citizens from Guinea to vote for them.

The two candidates making the accusations are Matthew Gono and Pyres Wuo Dolo, the father of the newly crowned Miss Liberia. While they have not provided specific evidenceÂ or the names of the candidates suspected of breaking the law, the men said they would report the issue to the National Elections Commission.

â€œI want them to understand that this act is illegal and those that are involved should stop,â€ Gono said.

At the appropriate time, he said he would reveal the names of the individuals he suspects of these acts, adding that sitting representatives and candidates are behind the importations.

Gono maintained that he has faith in the citizens he wants to represent and that â€œthere is no need for aspirants to import people from another country to register and vote in their districts.

The other candidate making similar allegations, Dolo, said â€œimporting people from Guinea will not help our democracy as Liberians.â€

Gono has vowed to report the situation to the National Elections Commission and to also distribute the information to the media.

â€œI will not sit for that to happen,â€ he added. â€œIn fact, I am going to Monrovia this week. I am going to NEC, and I will go on the national radio to sing that song. Ganta has a huge population, as does Sanniquellie. So why are you going across to Guinea to import foreigners? This is illegal and unconstitutional.â€

Liberia is expected to conduct elections on Oct. 10, electing a new president and representatives. As such, NEC is conducting a new voter registration exercise nationwide from Feb. 1 to March 7 to replace the 2005 and 2011 voter cards.