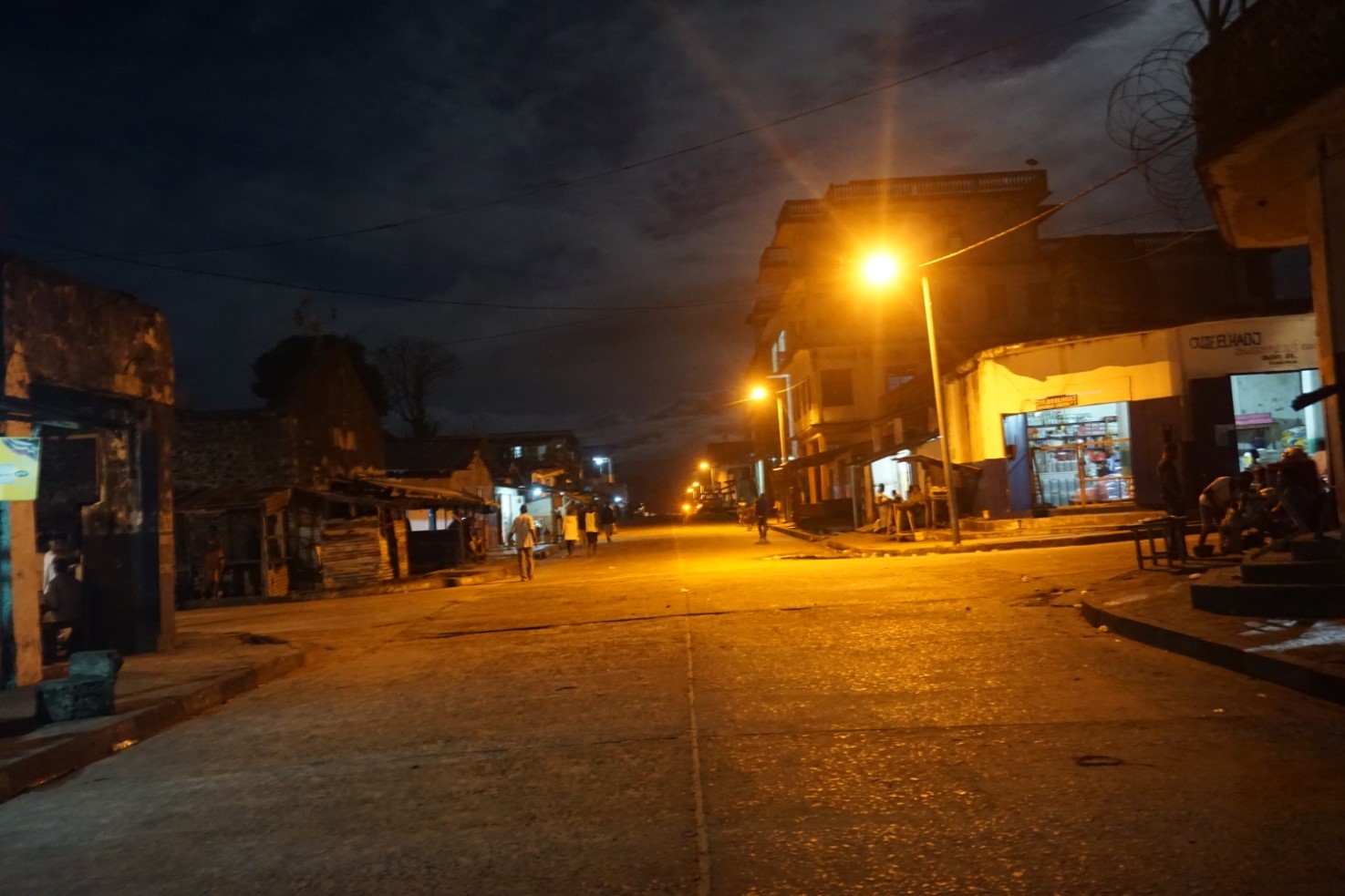 HARPER, Maryland â€“ Residents in Harper are for the first time enjoying 24-hour electricity after the civil war.

The power development in Maryland is being provided under the arrangement of the cross-border West African Power Pool initiative and co-sponsored by the European Union and the African Development Bank.

Meters, wires, and connections for the county are being managed by contractor, Energy Ventures, with support from the Liberia Electricity Corporation.

Several homes and public street lights have been connected to the grid and it has helped to make the city look better at night.

During the night hours, children can be seen gathered in the streets and playing under the newly installed street lights while others take advantage of the opportunity to study at night. Such a sight was rare before the project was completed.

However, a lack of materials to continue the grid expansion in remote communities means many residents are not yet connected to the grid. Residents complain that employees at the Liberia Electricity Corporation are demanding money before providing them services.

Samuel T. Jeh, a resident of New Kru Town community and principal of the J. Bolton Williams Adult Literacy School, told The Bush Chicken that although the city first started receiving power in 2014, his house and school are yet to be connected. â€œIâ€™ve registered and walked several times to the Liberia Electricity Corporation office in an effort for my house and school to be connected, but to no avail,â€ Jeh said.

He said employees at the office have been demanding that he pay US$100 before they can provide him with a meter.

â€œAs a result of the perpetual darkness of the J. Bolton Williams Adult Literacy School, most of the night session students have relocated elsewhere,â€ Jeh added.

He said those students complained that the battery-powered lights used in the classrooms caused them to strain their eyes.

The educator expressed frustration that residents of other communities in Harper are enjoying the 24-hour power while those in New Kru Town have not yet benefitted. One of several meters installed on houses in Harper. Photo: Zeze Ballah

Kruah Dahn, the Liberia Electricity Corporationâ€™s focal person in Harper, said the lack of aluminum poles and wires, coupled with the residentsâ€™ eagerness for electricity has pushed some residents to purchase their own materials.
He said employees of the Liberia Electricity Corporation and its contractor, Energy Ventures, first completed the installation of aluminum poles and connected some communities around Harper in May 2014. The lights were switched on in June of the same year, he said, adding that â€œthe William V. S. Tubman University was the first institution to be connected to the grid.â€

Since then, Dahn said residents of Harper have been enjoying 24-hour electricity and are paying 25 cents per kilowatt-hour, compared to the Monrovia rate of 39 cents (excluding taxes).

Stadium Road, Central Harper, Hoffman, Hance Street, Tubman Town, Easy Town, Bishop Hill and parts of Philadelphia, were all communities that he said were connected to the grid. At the end of 2016, communities such as New Harper, Lama Cox, and New Kru Town were not yet connected.

In addition, Dahn noted that Pleebo, Marylandâ€™s commercial capital, was not yet connected to the grid due to the lack of supplies. He said the poor road conditions delayed the arrival of the materials. Dahn, however, refuted allegations that LEC officials have been demanding bribes from customers, saying, â€œWe at the Liberia Electricity Corporation office in Harper are not in the business of demanding money from any resident before providing services.â€

He said the bottleneck in connecting more communities was due to a need for an additional six transformers. The city currently has seven 50 kva transformers installed, Dahn said, adding that Energy Ventures has enough meters in stock to reach all residents and that the lack of transformers was the main issue.

When the contractor completes wiring the entire county, it is expected to turn all work over to the Liberia Electricity Corporation, Dahn said, although he did not say when the project is expected to end. The residents who are privileged to receive electricity are pleased with the improvement in the quality of living and the increased business opportunities.

Bendu Gray, owner of a bar in Harper, said she enjoys the 24-hour access to electricity at her business.