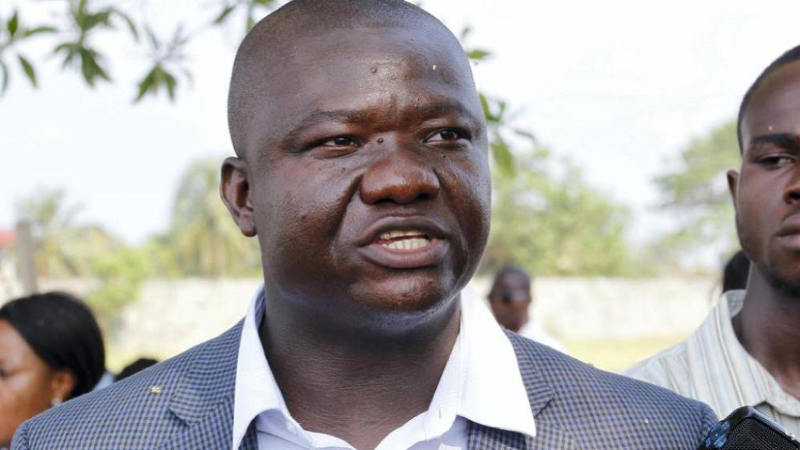 FOYA, Lofa – Tolbert Nyenswah, director general of the National Public Health Institute of Liberia, has confirmed that four persons from the town of Kelimabendu, in Foya District, recently died from bacteria that causes meningococcal disease.

The bacteria, known as Neisseria Meningitidis, causes an infection of the brain or the blood.

Nyenswah told The Bush Chicken on Thursday January 25 that health authorities in Monrovia were notified by the Lofa county health team of a cluster of unexplained health events including three deaths and one hospital admission within a family in Kelimabendu.

He explained that the family was admitted at the Foya Boma Hospital and cases presented by the health team included headaches, general body weakness, and body pains.

Nyenswah said on January 19, the county health team had notified health authorities in Monrovia including the U.S. Centers for Disease Control and Prevention and the World Health Organization of the death of a 12-year-old child who was the original carrier of the disease in the family.

“On January 22, the National Reference Laboratory confirmed that the case of the child was positive for the Neisseria Meningitidis serogroup W,” he said. “A total of 9 cases were reported with 4 deaths and 5 persons admitted at the hospital.”

According to the NPHIL director general, the initial case in this cluster had to do with a 45-year-old man who became ill on December 23, 2017 and later died on January 1, 2018.

“Four days after the man’s death, two other persons, including the deceased 12-year-old, died after experiencing similar symptoms. His other child, who received treatment at the Foya Boma isolation unit, was later discharged on January 17,” Nyenswah said.

Nyenswah said that the situation in Lofa was not an outbreak but noted that it was necessary for the population in the area to be aware and take precaution as the disease could spread.

“We carried on active case findings and discovered that there were about 200 contacts, some of which caused the sickness and deaths,” he said.

The NPHIL director general indicated that his team was investigating and tracing additional cases in the community, pointing out that “infected persons are being provided with chemoprophylaxis.”

“As we speak, the situation is calm in Kelimabendu and we have not diagnosed any other case except from those that were earlier reported,” he added.

He mentioned that treatment and support to the local county health in the Lofa has been dispatched and that “things are moving on very well in the area.”

He further said NPHIL, the Ministry of Health, and its partners are encouraging the public to take preventive measures, including reporting any death or sickness to the county health team or local authorities in any county especially Lofa, Bong, Nimba, Gbarpolu and Montserrado.

He also asked that the public reinforce hand washing practices, and that prayer houses and traditional healers should take appropriate precaution and notify local authorities if they encounter persons with the signs and symptoms of the disease.

Neisseria Meningitidis, which causes the disease inhabits the back of the nose and throat of about 1 in 10 people. Those carriers have no signs or symptoms of the disease. However, according to the Centers for Disease Control and Prevention, sometimes the bacteria can invade the body and cause the disease.

The bacteria can be spread through coughing, kissing, or lengthy contacts, although the disease is not as contagious as the common cold or flu.