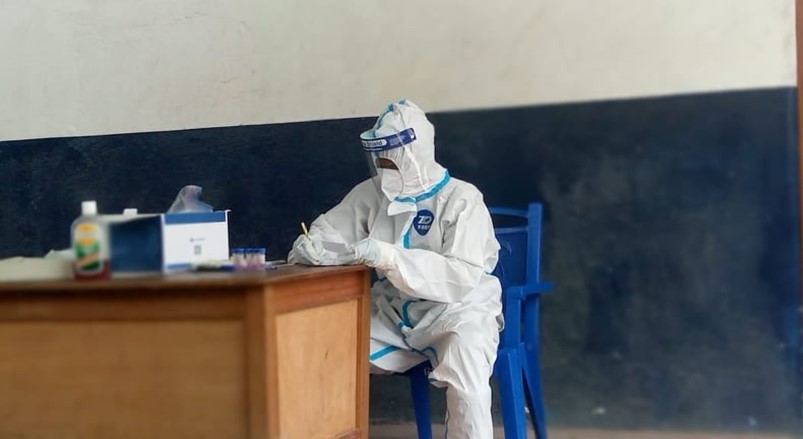 MONROVIA, Montserrado – Liberia’s health minister, Dr. Wilhelmina Jallah, says the country has not yet verified if the new variant of COVID-19 that originated in South Africa exists in Liberia.

By February 18, Liberia had recorded 1,988 confirmed cases of the Coronavirus and 85 deaths. Only 47 cases are still active.

In January, the African Union Centers for Disease Control and Prevention, Africa CDC, issued a statement noting that a new variant that was first detected in South Africa was responsible for a new wave of infections across southern Africa.

The new variant is significantly more transmissible, although it has not been found to be deadlier than the original strain of the virus. The World Health Organization noted in a February 16 COVID-19 epidemiological update that the 501Y.V2 variant had been confirmed in 37 countries globally, including in Ghana, Tanzania, and most southern African countries.

Addressing a press conference on Friday, February 19, Dr. Jallah noted that Liberia’s Health Ministry had collected and sent samples to Ghana for sequencing.

“The normal Coronavirus that people are contracting is the one that is looming around, but we want to know if the new variant of the virus is in Liberia,” she added, promising that the public would be notified of the results by Monday, February 22.

The prevalence of the new variant in Liberia should likely affect Liberia’s vaccination plan. Already, Jallah has announced that one million doses of COVID-19 vaccines made by AstraZeneca will be arriving in Liberia by the middle of March.

Jallah said health authorities are still crafting a plan on how to distribute the vaccine, especially with regards to the prioritization of who will receive shots first. However, it is likely that priority will be given to health care workers, security officers, those above age 60, and people suffering from conditions that make them at higher risk of developing severe illnesses from COVID-19.

If all of the vaccine doses being shipped into the country are used, they are enough to cover only 20 percent of Liberia’s population – Africa CDC has set a goal of vaccinating 60 percent of the continent’s population in order to stop the spread of the virus. Jallah noted that more vaccines would be brought in if necessary.

The South African government received much attention after it unexpectedly halted the distribution of these same vaccines to health workers. The country’s Ministry of Health noted that the decision was made because “the Oxford-AstraZeneca vaccine provided only 27 percent protection against mild to moderate COVID-19 caused by the new 501Y.V2 variant.” The variant is responsible for around 90 percent of all infections in the country’s second wave.

South Africa then switched to another single-dose vaccine developed by Johnson & Johnson, which will be rolled out to 500,000 healthcare workers across the country.

It is not clear yet how Liberia’s Ministry of Health could amend its vaccination plan if the new COVID-19 variant is also prevalent in the country.