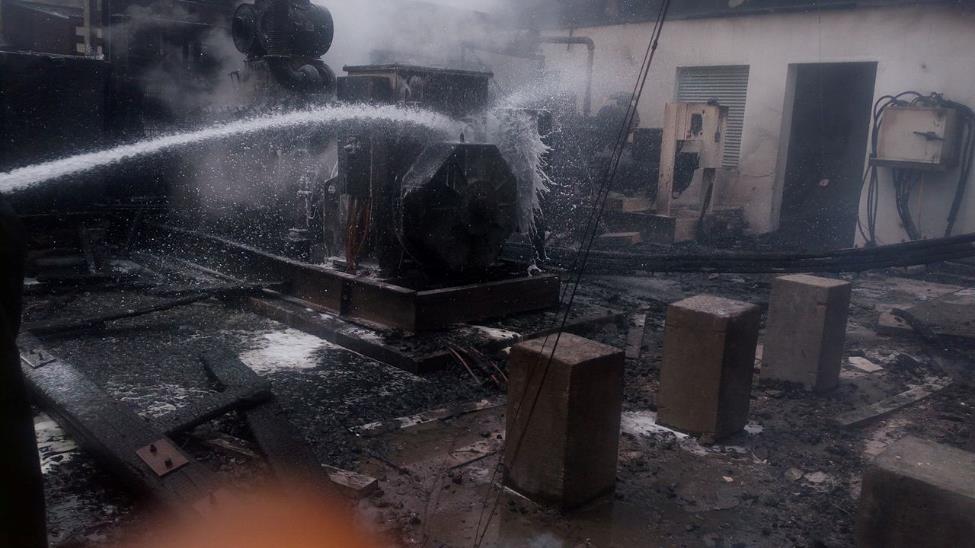 CONGO TOWN, Montserrado – On Thursday, February 9, a building of the Ministry of Health’s compound caught on fire, resulting in the destruction of three heavy duty generators.

The fire and the resulting lack of electricity disrupted operations at the ministry and the compound remains without power.

According to the communication officer at the ministry, Sorbor George, the situation has not yet been investigated but he believed it was due to an electrical fault.

“The situation just occurred,” he said at the scene. “We have launched an investigation to know what cause the fire.”

He vowed to inform the public of the cause of the fire once the results of the investigation are known.
Each of the generator cost US$300,000, according to George, and he said the machines were purchased from the ministry’s own coffers. The executive director of the Liberia National Fire Service, Warsuwah Barvoul, said the main building of the ministry could have caught on fire had it not been for the swiftness of his firefighters.

Liberia is often plagued by the fires that could be preventable. The lack of stable electricity means many homes and businesses have generators, which presents a fire hazard.

Additionally, buildings are not required to abide by fire safety rules such as the maintenance of a sprinkler system, smoke detectors, or other tools used to prevent or hinder the spread of fires.