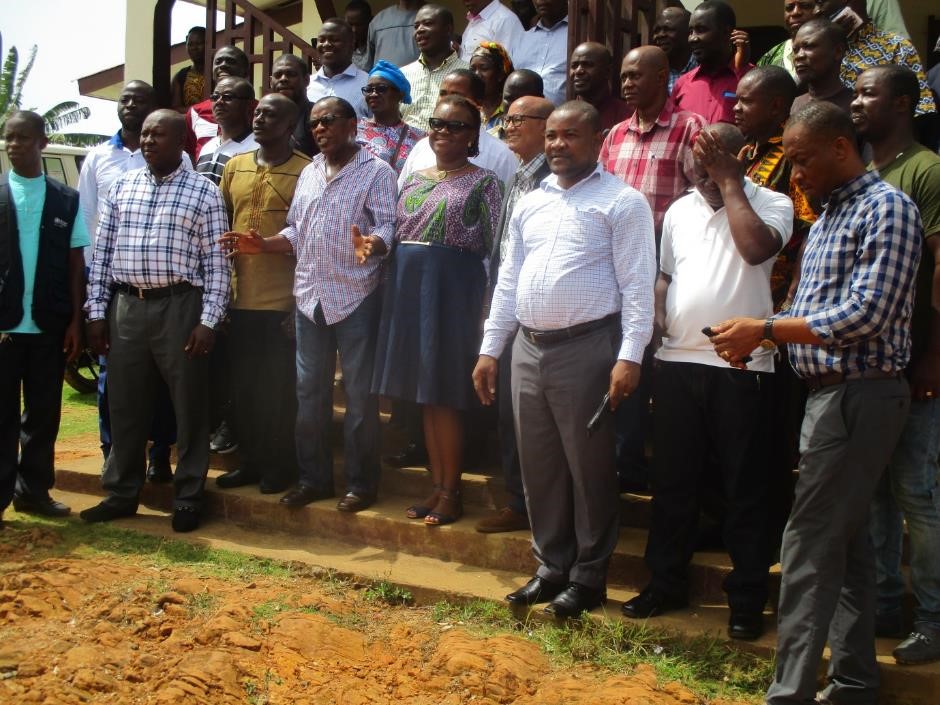 HARPER, Maryland â€“ The Ministry of Health has ended a two-day consultative meeting for medical doctors and county health officers from the 15 counties.

Speaking at the end of the conference last week, Health Minister Wilhelmina Jallah said the conference aimed to identify challenges faced by the health sector. Additionally, she said it aimed to brainstorm solutions to those challenges.

â€œThe minister of health is like the president in her sector, so the county health officers and the medical directors are my cabinet [members] so I need once in a while to touch base with them to ensure that we are on the same path,â€ she said.

Jallah acknowledged that the sector faced significant challenges, including the lack of drugs at facilities and limited or non-existent power supply. She pledged that the Health Ministry would work with medical directors, county health officers, county superintendents, county legislative caucuses, and even ordinary citizens to ensure it can address these challenges and improve the sector.

At the beginning of the conference, Dr. Francis Kateh had also addressed journalists, where he echoed similar concerns of Jallah. Kateh, Liberiaâ€™s chief medical officer, boasted that the health sector had incrementally improved and now had 500 medical doctors and over 12,000 health practitioners. However, he said the Health Ministry was still training doctors to increase the number of physicians. In a 2016 interview with The Bush Chicken, a representative of the Liberia Medical and Dental Council reported that there were only 298 medical doctors in the country of 4.5 million people.

â€œSome of the doctors and health practitioners are still in school but what we need to do is to encourage those doctors to render their services after graduation,â€ Kateh said.

Katehâ€™s figure of 500 doctors means Liberia has a doctor to patient ratio of 1:9,000, which is still significantly far from the World Health Organizationâ€™s recommendation of 1:1,000.

â€œI think what we are trying to do is to design creative and innovative ways to improve the quality of our health sector,â€ Kateh said, adding that the government would continue working collaboratively with its partners and the people to improve the system.

He noted that Liberia was still not meeting its Abuja Accord mandate of ensuring that 15 percent of its total budget went to health care. Liberia spends about 14.2 percent of its budget on the sector, Kateh said, but he added that the countryâ€™s relatively small budget means that the amount is not enough to close the gaps in the health sector.

He also lamented the presence of some international partners whose budgets were not aligned with the governmentâ€™s.

The conference was sponsored by the World Health Organization and its representative, Dr. Mesfin G. Zbelo, was present at the conference.

â€œAs we all know, we still have a lot to go, we have challenges in the health system in Liberia, as you can see, they need to be addressed,â€ Zbelo said.

He called on the government to ensure that health services were available to all citizens, not only in urban areas, but also in rural parts of the country. Zbelo also encouraged the government and its people to work collaboratively to address some of the health challenges without waiting for external actors.