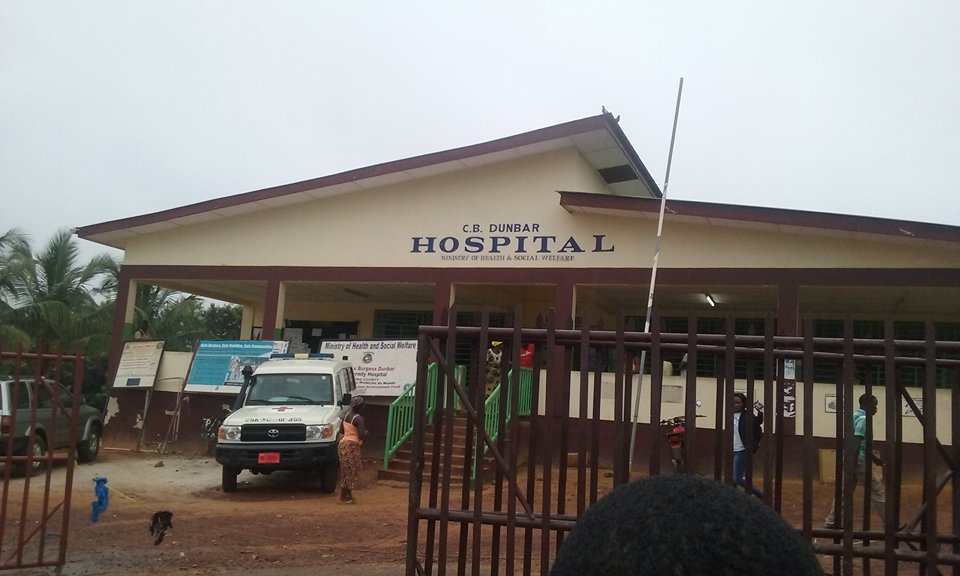 GBARNGA, Bong – The communication director at the Ministry of Health and Social Welfare, Sorbor George, has disclosed that the Health Ministry is working to procure a new generator for the C.B. Dunbar Hospital, which was shut down due to the lack of electricity.

George made the disclosure to the Super Bongese radio station in an interview via mobile phone from his Ministry of Health office in Monrovia.

“We are aware of the situation at the C.B. Dunbar Hospital,” George said. “We got the information from the medical director that the three generators there are down and we are in the process of procuring a new one. As a matter of fact, currently our procurement department is working along with the hospital administrator to have a brand new generator. We are not just intending to buy any generator, but we going to procure a high power watt generator that will serve all of the equipment at the hospital.”

George said it was unfortunate to hear that the three generators at the hospital had failed. He acknowledged that citizens would find it difficult during the temporary period of closure by the hospital, but said the ministry will do everything possible along with the hospital’s administration to restore the facility to normal operations.

George asked those who seek medical attention at C.B. Dumber Hospital to be patient as work is being done to restore the hospital back to full service.

In addition to lack of electricity at the hospital, inadequate staff, drug shortage, and poor staff compensation remain a challenge for the hospital. The hospital is run and operated by the government of Liberia through the Ministry of Health and Social Welfare.