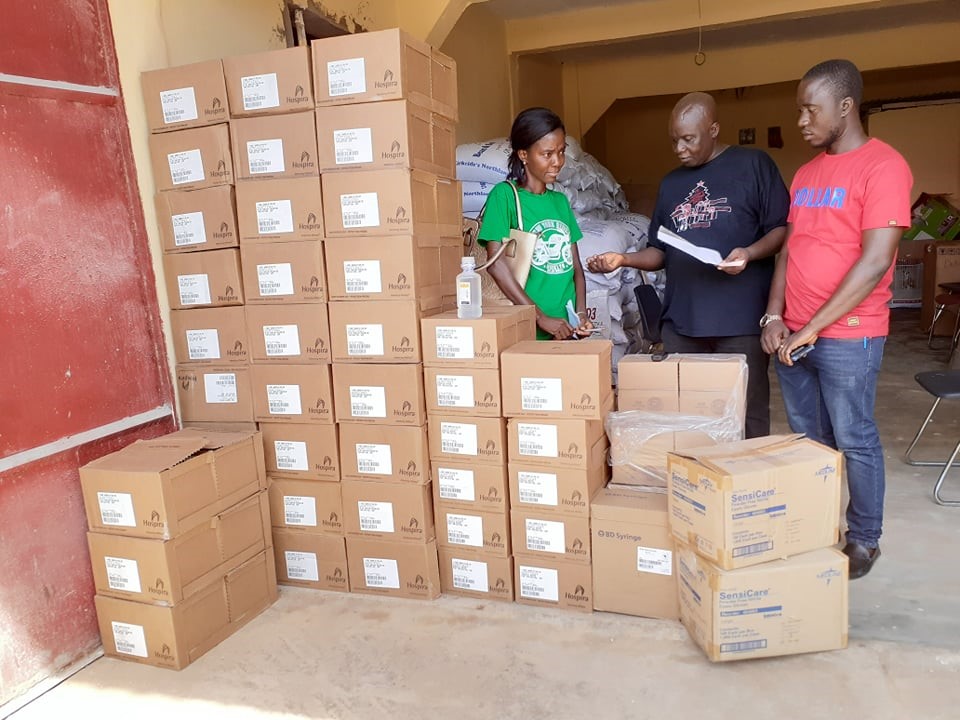 GBARNGA, Bong â€“ Dennis Garsinii, a Bong citizen living in the U.S., has once again donated a large consignment of medical supplies to hospitals, clinics, and health facilities across Bong.

Garsinii is among many diaspora Liberians who regularly support families and communities in Liberia. For the past several years, he has dispatched medical supplies for health institutions in the county. His previous yearsâ€™ donations included food items and clothing to orphanages in the county.

In an email disclosing details of his donations, Garsinii wrote, â€œWe will continue to do the best we can in making sure to get supplies to health centers in Bong County.â€

â€œAs health centers in Liberia face shortage of basic and essential medical supplies, our desire to assist in any way possible is never impeded by over taxation and bureaucratic log jam in Liberia,â€ he added.

The C.B. Dunbar Maternity Hospital was among institutions receiving supplies during the current distribution. It received 30 boxes of normal saline, 14 boxes of syringes, two cartons of examination gloves, and ten boxes of sterile treated water for injections.

Hawa Kanneh, the pharmacist who received the supplies on behalf of the hospital from Garsiniiâ€™s warehouse in Monrovia, thanked and praised the donor for his continuous donations to the hospital and people of Bong. She promised that the supplies would be used for their intended purpose.

â€œOn behalf of the management of [the] C. B. Dunbar Hospital, we want to say thank you to Mr. Dennis Garsinii for this kind donation. We pray that God will give him more so that he can continue to help us,â€ Kanneh said.

The Phebe and Bong Mines hospitals are among the institutions also benefit. And Garsinii has assured that they will continue to receive his generous support.

In September this year, Garsinii also raised US$1,400 through a GoFundMe campaign, which he remitted to the Phebe Hospital to purchase fuel for its private electric generator after the fundraising website deducted its fees. This was following a call from the hospitalâ€™s administration alerting the public that the hospital risked shutting down because it lacked fuel to power its generator.

â€œMr. Garsinii has been very helpful to our county â€“ helping our institutions with materials. This is laudable. We want to say thank you to him for this effort,â€ Binda said in an interview with a local radio station in Gbarnga.

Binda is calling on other Bong citizens living abroad to emulate Garsiniiâ€™s generosity and humanism by aiding the county in areas of education, agriculture, and entertainment.

Editor’s note: A previous version of this article suggested that not all the US$1,400 raised through the GoFundMe campaign was given to Phebe Hospital. It has been corrected to reflect that only the fees from the fundraising website were subtracted.